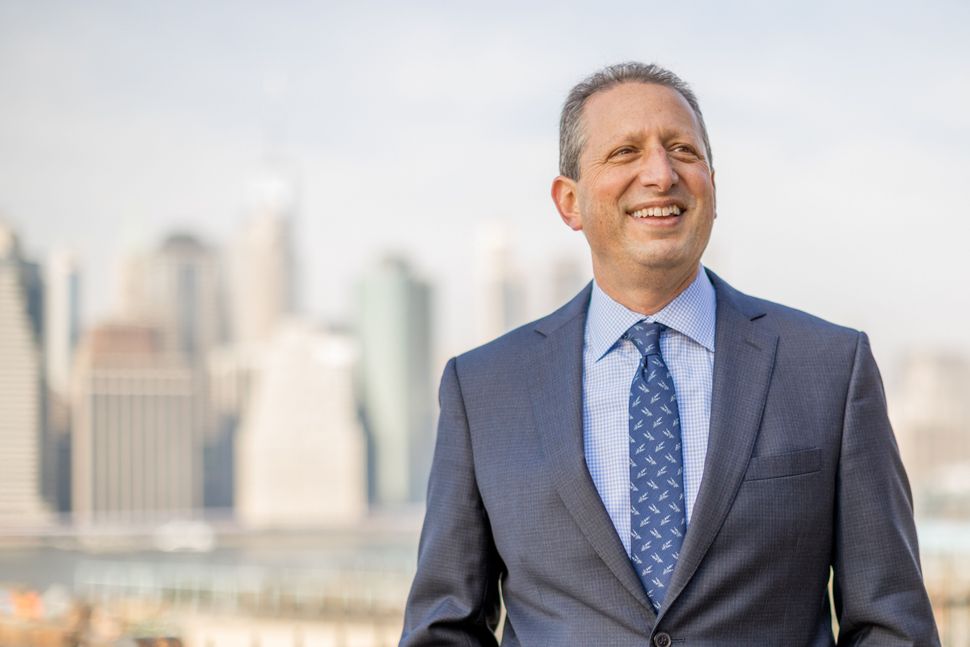 Brad Lander, a candidate for comptroller of New York City, is expected to receive the endorsement of a leading Jewish progressive group on Thursday. Lander is in a crowded race to become the city’s chief fiscal watchdog in the June 22 Democratic primary.

Lander, a Brooklyn Councilmember, is the first citywide candidate to be endorsed by the Jewish Vote, a 501(c)(4) organization that was formed in 2018 by leaders of Jews For Racial & Economic Justice. “Brad relishes tochacha, the Jewish value of giving and receiving honest criticism, and works hard to build relationships of trust and accountability that we know will serve him well – and serve all of us – as our city’s next comptroller,” said Audrey Sasson, JFREJ’s executive director.

The group, which is making its foray into New York City politics, endorsed 15 statewide candidates in the 2020 elections and became involved on the federal level – backing Bernie Sanders for president and Jamaal Bowman in his successful primary campaign against former Rep. Eliot Engel in New York’s 16th Congressional District.

In an interview, Lander said it’s “especially meaningful” for him to get the endorsement at a time when Jewish New Yorkers are celebrating Passover, the festival of liberation, and amidst the state’s expanded vaccine eligibility. “The path to emerge out of the narrow places of this pandemic year and embark on a journey toward a just recovery runs through solidarity,” he said.

Lander, 51, is one of seven candidates running in this year’s primary. Other candidates include Corey Johnson, the speaker of the City Council, who dropped out of the crowded mayoral race last year; Brian Benjamin, a state senator from Manhattan; Kevin Parker, a state senator from Brooklyn; David Weprin, a state assemblyman from Queens; and Michelle Caruso-Cabrera, a former CNBC anchor and a recent congressional candidate. Zach Iscol, an entrepreneur who dropped out of the mayoral race earlier this year, is at risk of not making it onto the ballot because he filed an incorrect petition.

Lander has the backing of Sen. Elizabeth Warren of Massachusetts; Reps. Jerry Nadler and Jamaal Bowman and a handful of young progressive lawmakers. On Wednesday, Lander received the endorsement of Congresswoman Alexandria Ocasio-Cortez, which could solidify his support among progressive voters and boost his overall chance of winning. 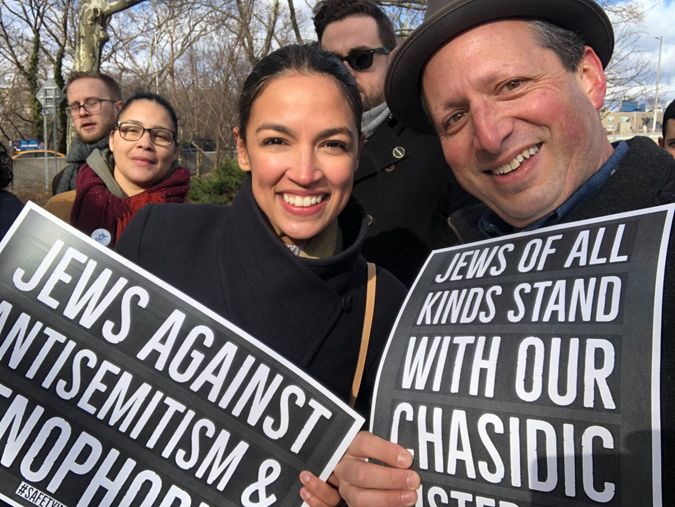 Lander, who grew up in a Reform Jewish family in the town of Creve Coeur, a suburb of St. Louis, has a decades-long affiliation with the Jewish activist group. It became a political home for him when he moved to New York at age 24 in 1993, after graduating from the University of Chicago and a short stint at the University College London. He started volunteering at the local JFREJ office on the Upper West Side and later became co-chair of the group, now called JFREJ Community, leading campaigns on tenants’ rights and affordable housing. He protested against Mayor Rudy Giuliani over budget cuts. Lander’s first of eight civil disobedience arrests was with JFREJ members during a 1999 protest against the killing of Amadou Diallo, an unarmed African immigrant who was killed by the police. His most recent arrest was during a Manhattan rally organized by Jews Against ICE in protest of Amazon’s ties to the agency in August, 2019.

“I’ve always been very moved by how deep it is in Jewish history and tradition the Jewish social justice struggle — reflected in so many of our ancestors in different places who were fighting for rights as Jews, whether it was Jewish workers or the right to choose to worship — but doing that in solidarity with other communities,” Lander said in a phone interview.

“It means a lot to have your mispucha show up for you,” Lander said about the Jewish Vote endorsement. 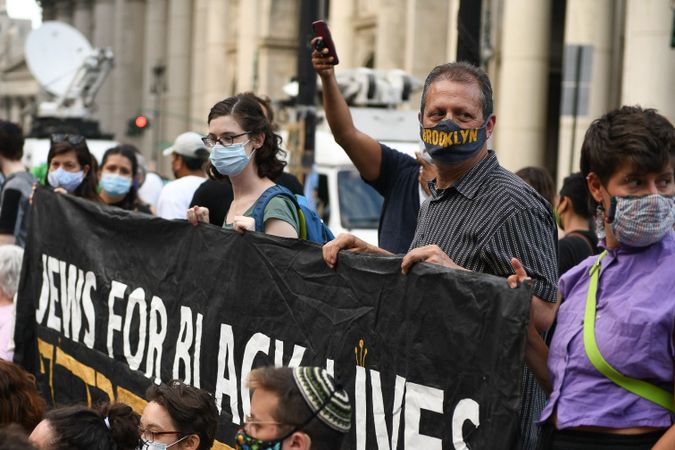 Lander has represented the 39th Council District in Brooklyn, which includes the neighborhoods of Park Slope and Borough Park – all with significant Jewish populations, since 2009. Lander said he feels great about the coalition that he has built over the years since succeeding Mayor Bill de Blasio as councilmember in a district with large Reform and Orthodox communities. “I genuinely find it so enriching to both represent this religiously and politically diverse set of communities and also to personally get to be in relationship with very different Jewish perspectives,” he said.

JFREJ has about 5,000 members across New York. Their political arm has not yet endorsed a mayoral candidate, but have sent all candidates a questionnaire to fill out and held calls with several candidates before making their decision. Audrey Sasson, the group’s executive director, recently told the Forward that when deciding on endorsements, the group will examine whether the candidate “will advance an agenda that is transformative” and who will “commit to working alongside movement-based organizations to advance a vision where we all have the resources we need and opportunities we need to thrive.”

Rabbi Ellen Lippmann, founder and rabbi emerita of Kolot Chayeinu/Voices of Our Lives in Brooklyn and a JFREJ board member, said in an interview that as the most progressive candidate in the race, Lander was a natural choice for the group’s endorsement. Lander has been a longtime member of her congregation. If elected, Lippmann suggested, Lander will use the power of the office to be chief accountability officer. “I have been very moved to hear him talk about the Jewish value of tochacha as a thing that he takes seriously,” she said. “And there is something about the office that holds the money and that spends the money being the place where the question of both accountability and the possibility of rebuke are important values for it.”

Lippman, who joined JFREJ’s board last year, said she hopes the group is on a path to have a greater impact in local elections. “I think it’s a growing enterprise that has the chance to become a really powerful voice and make a big difference for an awful lot of progressive people,” she said.

Lander will formally receive the endorsement during a virtual Passover event on Thursday evening.