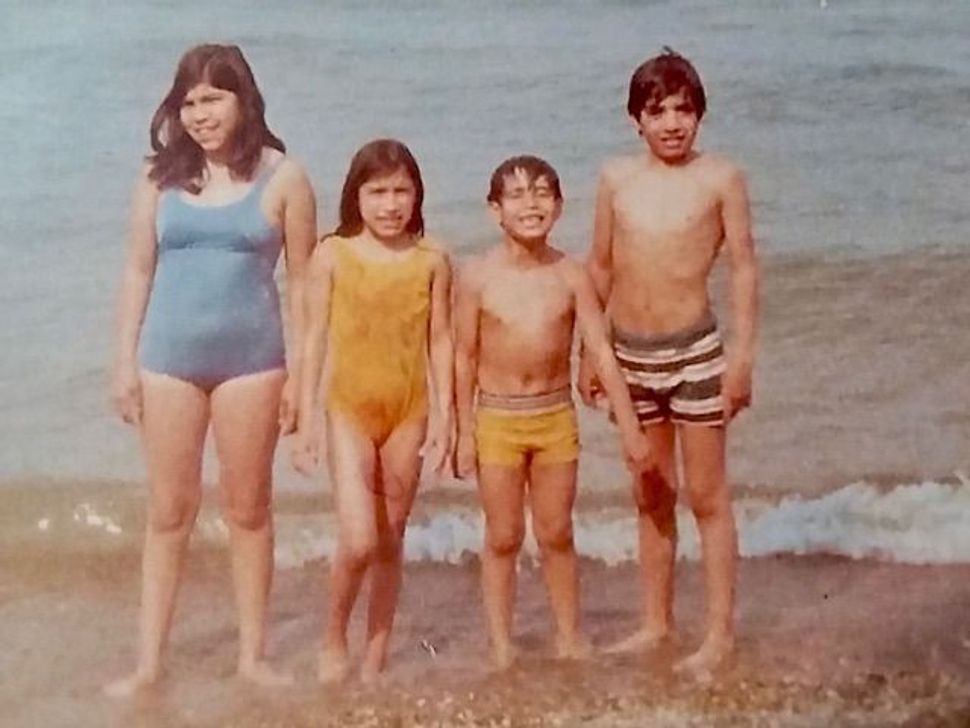 When Jorge Sepulveda sees the images of the refugees gathered at America’s southern border, awaiting asylum, he thinks of his father.

“I understand who these families are trying to come here, even illegally,” he said. “Imagine how bad it must be where they are from, to take such a risk.”

Sepulveda’s own story has a dramatic Passover-worthy ending, thanks to the near-miraculous intervention of a middle-aged Jewish woman and her suburban Illinois synagogue.

Now at 50 years-old, Sepulveda reflects on the sacrifices his father Ruben made and the incredible circumstances that brought him to the U.S with the help of members of Am Shalom, a Reform synagogue in Glencoe, Illinois.

“My father should have been in politics, he was a personable guy,” Sepulveda said, “instead he worked in a slaughterhouse, after losing his construction job, so he could feed his wife and four children.” 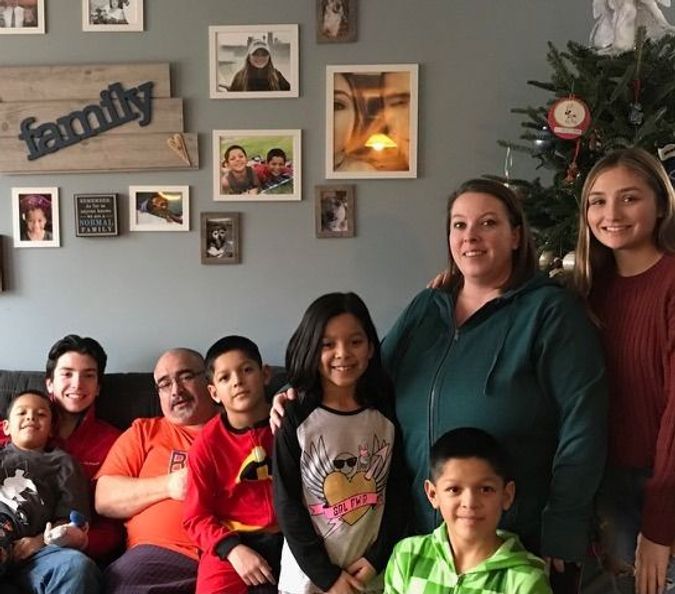 Jorge, his wife Jill, and their 6 adopted children Courtesy of Jorge Sepulveda

On September 11, 1973, the Chilean Armed Forces, led by General Augusto Pinochet, bombed the La Moneda presidential palace during a CIA-supported coup d’état to overthrow the democratically-elected President Salvador Allende, who reportedly took his own life.

“A lot of people took up arms to protect Allende and my dad was one of those people,” Sepulveda’ said. “Luckily, he was delayed getting to the palace and was arrested without any weapons. The guys caught with weapons were executed on the spot.” 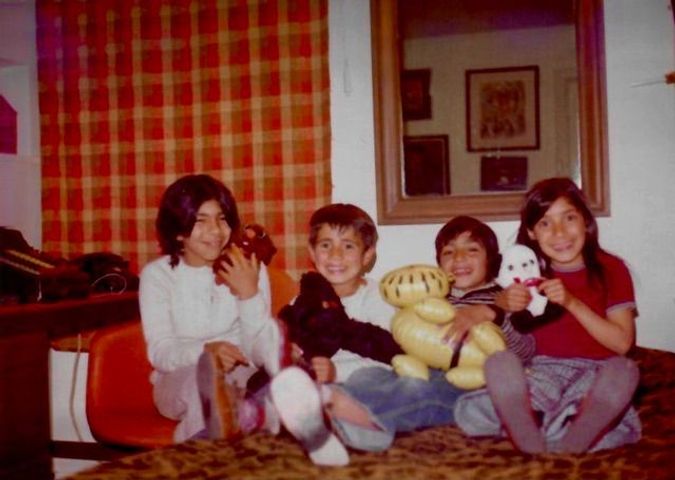 (L to R) – Margarita, Jorge, Ruben Jr., and Elena after their first couple weeks in the US Courtesy of Joanne Hoffman

Sepulveda was only three when his father was taken with thousands of other political activists to the Estadio National (National Stadium) in Santiago which had been converted into a makeshift internment camp. This was where folk singer and activist Victor Jara and American journalist Charles Horman were executed. “My dad witnessed and endured terrible torture,” Jorge said. “They had bodies stacked four or five high on top of each other as a makeshift morgue.”

Sepulveda lived with his mother and three older siblings, Ruben Jr., Margarita, and Elena, in a shanty town. His mother, who worked 16-hour days, had to barricade their flimsy door at night to keep drunken soldiers from breaking in and doing the unthinkable. They had one bedroom and one bed for all five of them. Once, while on a bus with his mom at five years old, Sepulveda’ witnessed a man being forced to run while tied behind a military vehicle. The man fell, was shot, and his body dragged away.

Ruben was transferred to several stadiums and then to prison where Sepulveda and his family were able to visit, spending over three years imprisoned on trumped up charges of treason. “I still remember the day he got out,” Jorge said, “He went in with 28 guys he knew, only four made it out. Some have never been found, some were confirmed dead.” Ruben’s home was taken by Pinochet and his soldiers and he was given an ultimatum to leave Chile or else. 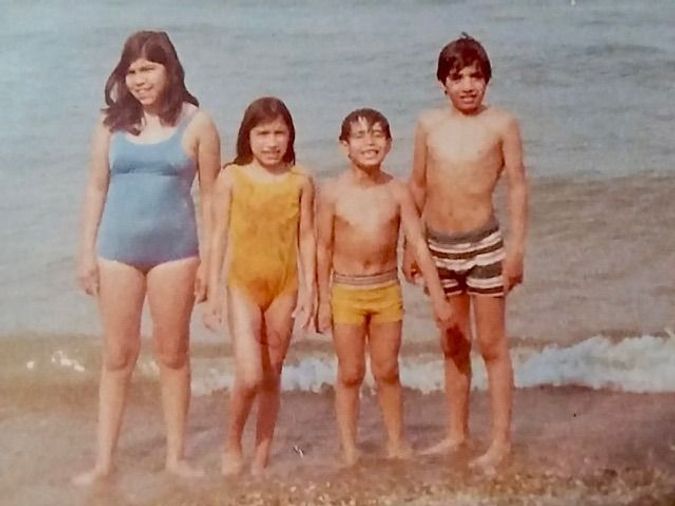 Enter Ruth Goldboss, a civil and human rights activist and member of a new synagogue called Am Shalom in Glencoe. At this time, synagogues across America, indeed, in countries around the world, were working to bring Chilean families to freedom.

Goldboss had helped create the Avenue of the Righteous in Evanston, honoring Gentiles who risked their lives to save Jews in the Holocaust, and had heard from a friend about Ruben’s plight in Chile.

Though she died in 2015, Goldboss recorded a cassette tape for the Sepulvedas recounting the story of how a small group of Jews came to rescue Ruben and his family.

“I didn’t know how I could convince a fledgling synagogue with not even 50 members to rescue a family in Chile,” she said.

Goldboss went to Rabbi Harold Kudan at Am Shalom to enlist his help. “Ruth approached me at a somber moment,” he recalled, “I said, I’m doing a funeral, and Ruth shot back, ‘He’s in prison…and he’s alive!’”

Goldboss shared that the local church, where Am Shalom had been holding services, had refused to help, citing Ruben’s possible political affiliation. She asked Rabbi Kudan, “What if he’s a Communist?” to which she said the rabbi replied, “So?”

Goldboss held a meeting of synagogue members to plan to bring the Sepulveda family to Chicago. There was a pediatrician who offered to provide pro bono medical care for all four children, a doctor who would help Ruben and his wife Amalia, and a dentist who would treat the family including reconstructing Ruben’s teeth lost during his torturous years in prison. The committee believed they had a year to prepare, but soon discovered the Sepulveda family would arrive in just two weeks.

“We needed immediate housing,” Goldboss said. “One member, Joanne Hoffman, stood up and said, ‘I’ll take the family.’ I said, Joanne, that is so wonderful but shouldn’t you call Dick, your husband? And in a very quiet and sensitive way she said, ‘I don’t have to call Dick. I know we will take the family.’” 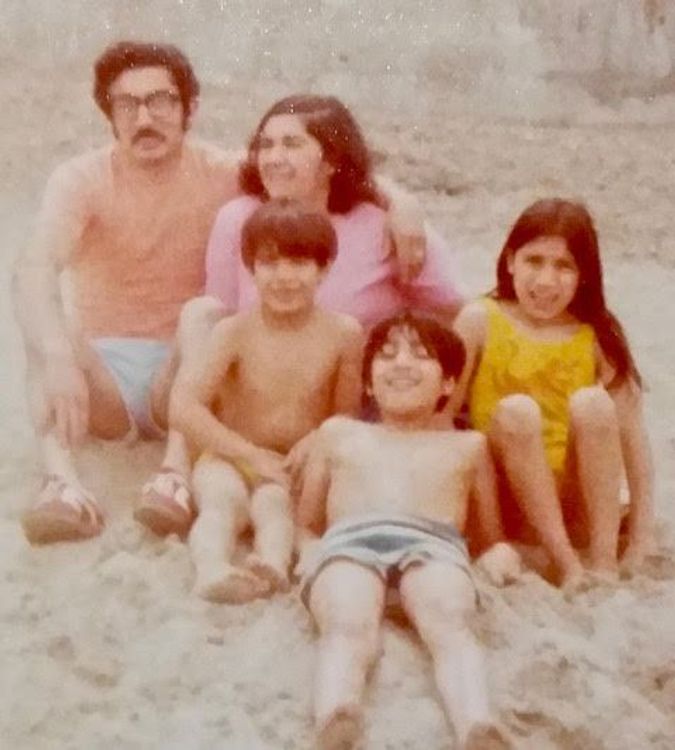 When the Sepulvedas arrived in Chicago in winter of 1976, they brought only what they wore. “We had clothes my mom made from raw wool, wooden buttons,” Sepulveda recalled. “Nothing else. The families of Am Shalom were waiting for us with presents, winter coats, boots, and clothes.”

“When Ruben walked off the plane he looked like the walking dead,” Goldboss said, “but I shall never forget Margarita, she had beautiful brown eyes and that smile. They were playing ‘Taps’ on the PA. I looked at that child and thought, we’re playing ‘Taps’ for the dead, but today we had the privilege of saving lives.”

When the Sepulvedas arrived at the Hoffman’s house they were exhausted. Hoffman showed Ruben and Amalia to their room and ran a bath for the kids. “I woke up the first morning and looked over,” Hoffman recalled, “Jorge, the youngest, was standing next to my husband holding his hand. It made me cry.” One day, Hoffman put an apron on one of Ruben’s daughters and taught her to make a cake. “I turned around and Ruben was looking at her with tears in his eyes.”

The Hoffman’s hosted the Sepulveda family for several weeks. Ruben and Amalia both wanted to work right away and found jobs with the help of the synagogue community. Dick Hoffman, hearing of Ruben’s past work in Chile, bought him a tool box with every kind of tool. “Ruben bought himself a used car within a year and a half,” Hoffman recalled, “it meant so much, he couldn’t even drive, it just sat in his driveway.”

“I remember him learning to drive,” Sepulveda said of his dad. “What amazes me about my father is that he came out such a loving man, and my mother had such a great sense of humor,” Sepulveda said. “My dad was so impressed with the love and care by which we were treated by Am Shalom, it helped him not be bitter. The Hoffman’s opened their doors and their hearts”.

“As much as we did for the families, it did as much, if not more, for the congregation,” said Rabbi Kudan.

Am Shalom’s current rabbi, Steven Lowenstein, is well aware of the Sepulvedas and other refugees the synagogue helped over the years from Chile, Cambodia and, most recently, Syria. “We as Jews are commanded to love the stranger since we were strangers in Egypt,” he said, adding that the Torah mentions this 36 times. “This is sacred work we get to do.” 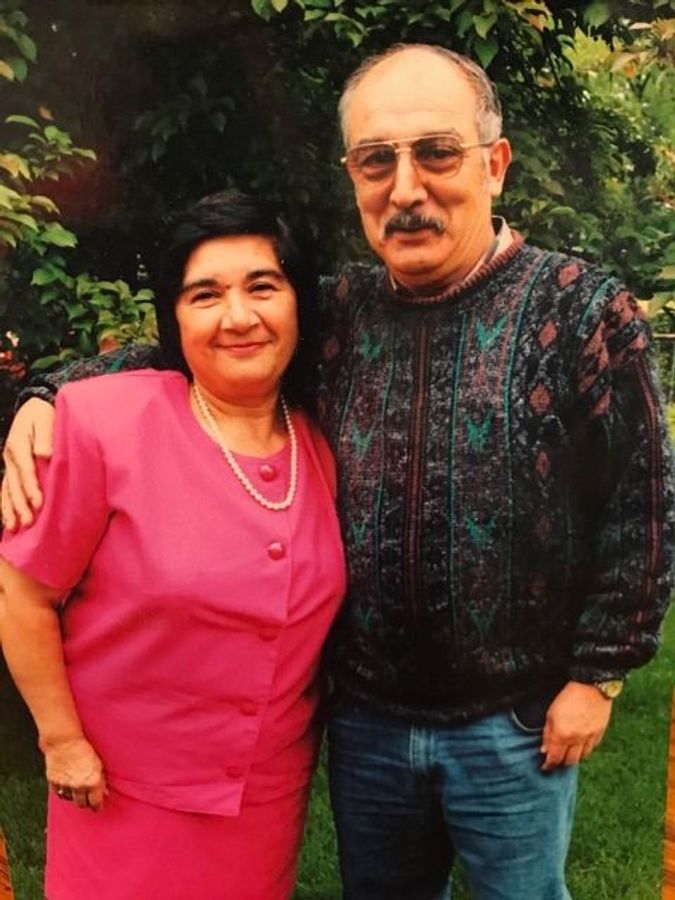 Reuben went on to a successful career at a local ski and patio store, retiring at 59. He eventually returned with his wife to Chile and built their dream house complete with a ten-horse stable before his death in 2015. Sepulveda’s siblings are all married with children. Some still deal with the trauma and PTSD from growing up too quickly amidst such violence, and Sepulveda admits his dad would wake up screaming in the middle of the night sometimes.

In 2000, Sepulveda and his wife Jill reunited with Ruth Goldboss.

“Sepulveda said, we can never repay you,” Goldboss recalled, “and I said we never repay in-kind in this life, we try to help someone else, that’s the way we do it if we’re ever to have a world of peace.”

Sepulveda and his wife Jill have lived by that motto. They now have six kids of their own, all foster children that they have adopted, providing them the same promise of a better life.

“We were lucky that we didn’t have to face the same struggles once at the border,” he said. “But that doesn’t mean that it was not terrifying or risky to come to a new country with nothing, especially for your children.”