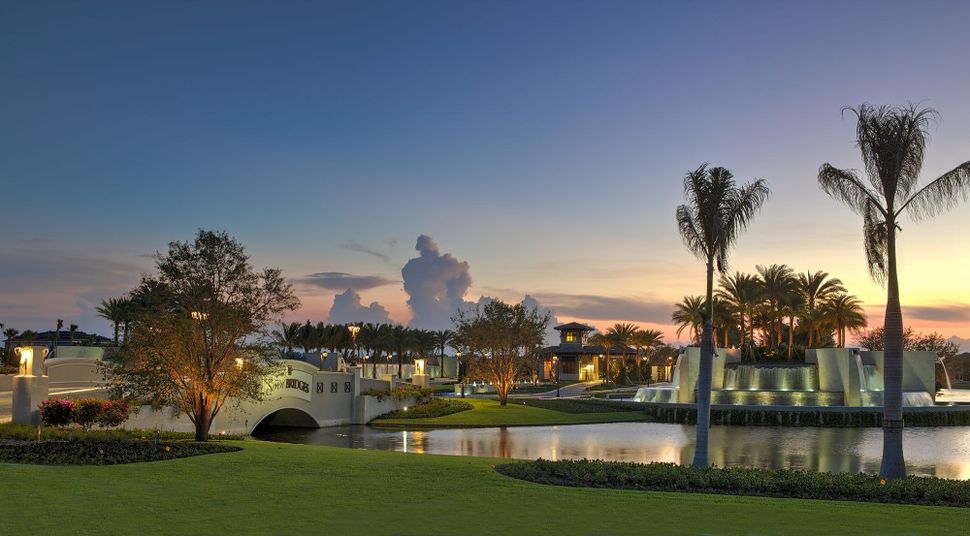 A prime time-worthy drama has blown up in a posh gated community in West Delray Beach, featuring language that would make the Real Housewives blush, like “stupid shiksa,” “Jewish call girls” and “white supremacist.”

The social media-fueled feud pits eight Jewish women of Seven Bridges against a Christian family. The family has filed a $7 million lawsuit against the neighborhood’s Home Owners Association alleging that the association has failed to protect them from religious discrimination. 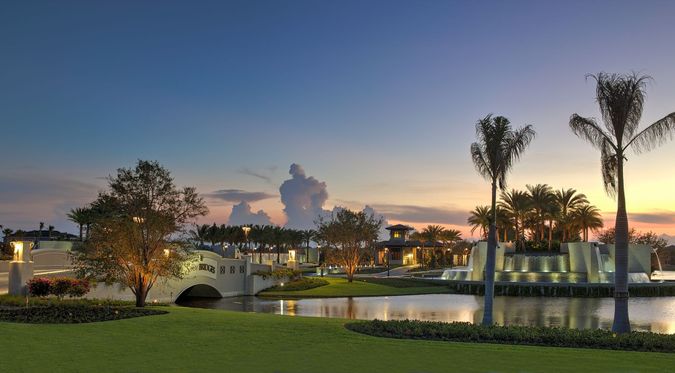 And yes, the perpetrators of the alleged discrimination are the Jews.

Built from the ground up on a rural west Delray Beach agricultural reserve by prolific Florida McMansion maker GL Homes, Seven Bridges is a splendid swath of SoFlo suburbia consisting of 701 houses ranging from $800,000 to more than $3 million. It has all the trappings of what lures young families to these parts from colder climates: just-planted palm trees, a resort-y grand entrance with cascading waterfalls, clubhouse, its own swanky steakhouse and 14 Har-Tru tennis courts.

It all started on those courts. One day in 2019, the three children of residents Deborah and Jeffrey LaGrasso were taking their $1,050-per-month weekday morning tennis lessons on several of the courts. According to a report in the Palm Beach Post , a group of women “harassed” the children, claiming they were using too many courts.

Deborah LaGrasso confronted the women, but according to the Home Owners Association (HOA), she also assaulted some. Her lawyer, Scott Weires, said there was no such assault, citing a video proving that the other women were the assaulters, shoving racquets in LaGrasso’s face. That’s hard to discern from the video, which shows mostly feet on a tennis court with the caterwauling of anything but a love match . Nonetheless, the fracas led to the HOA blocking LaGrasso from using any of the community amenities for 90 days. LaGrasso’s lawsuit says that the eight women in this community tennis league constantly interfered with her kids’ lessons.

An irate LaGrasso created an anonymous Facebook page called “Bridges Seven” to air her grievances against the women and the neighborhood. 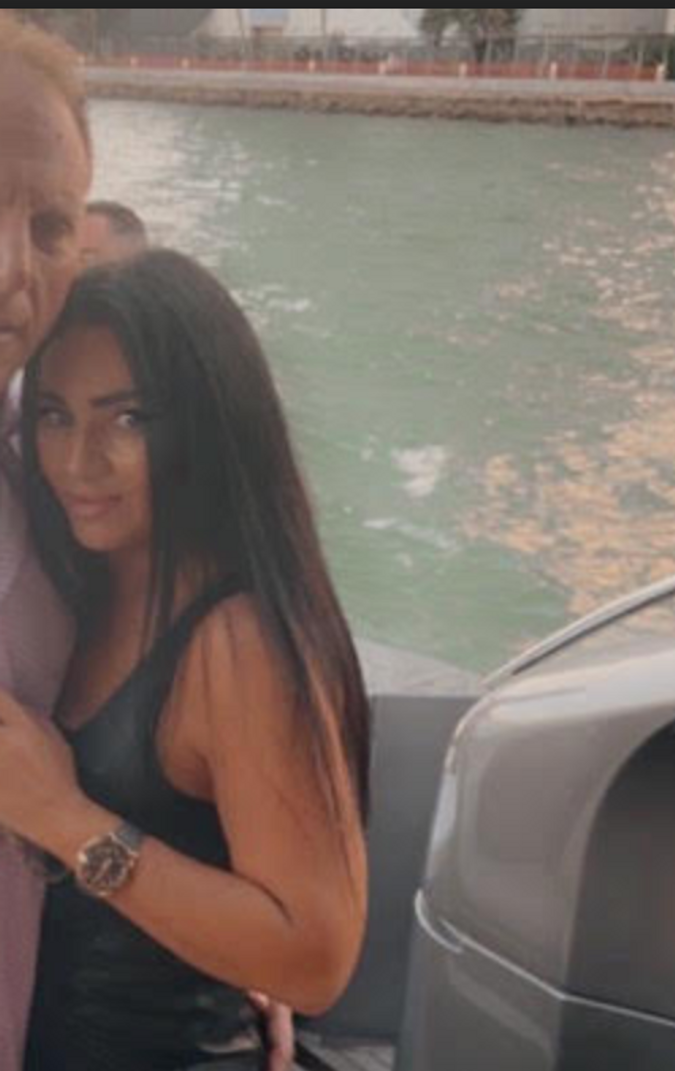 One resident, Rachel Tannenholz, who was not involved in the tennis tussle, allegedly told LaGrasso in a taped phone call that she didn’t belong in a community that is 80% Jewish and that she should “move the fuck out” and go to a “white supremacist community.” There were also alleged texts, according to the Post, in which Tannenholz calls LaGrasso a “stupid shiksa.”

LaGrasso claimed Tannenholz went to her house, screamed “Move out, bitch,” demanded she come out and refused to leave only until police arrived and warned her she’d be arrested for trespassing next time. LaGrasso filed a stalking complaint that has since been withdrawn.

Tannenholz’s lawyer, Debbie Klingsberg, said there were no such texts, her client never called LaGrasso a shiksa (Klingsberg cited ‘manipulated media’) and the phone call was illegally recorded. Asked whether this was a case of the oft-persecuted being the persecutors, she said, “It’s ironic that the individual making antisemitic slurs and attacks is claiming to be the victim of religious discrimination.” Klingsberg filed a state court case against LaGrasso for the “defamatory” statements she made against her client.

The Home Owners Association wasn’t having it either, fining LaGrasso $5,000 and banning her from using community amenities for a year.

According to the complaint filed by Klingsberg in state court, “The Bridges Seven site was mostly devoted to denigrating and criticizing the Seven Bridges community, including disparaging the operation of the community’s “Prime 7” restaurant and attacking various decisions made by the Seven Bridges homeowners’ association and the board members themselves.”

LaGrasso’s posts included a graphic that read “Support Your Local Stripper” with a caption beneath stating “Rachel’s GO FUND ME PAGE.” Another said, “OH MY those platform shoes are horrendous . . must be so hard to type and dance on the pole at the same time!!!” and a photo of a hand giving a thumbs up sign covered with an image of the Israeli flag with the caption “I support jewish call girls too.”

LaGrasso — according to the complaint— posted a picture of a group of religious Jews dancing a traditional Israeli dance, and captioned the photo “HOA … pay day.” Another post was a picture of a T-shirt emblazoned with the words “I [heart] Jews” with the caption “[m]aybe if I wear this t-shirt to the next board meeting they actually listen to me instead of whispering under their breath that I am not. And yes I heard the woman in the back making rude comments.” 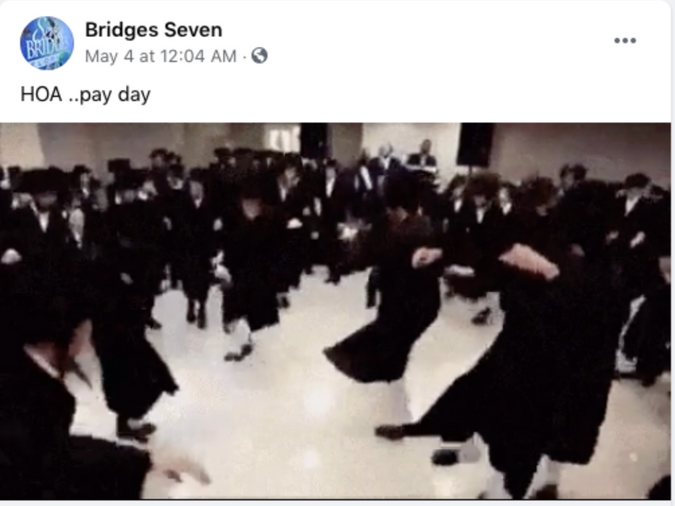 A piece of evidence for the state court lawsuit

According to a witness at that HOA meeting who refused to be named, LaGrasso felt excluded from the neighborhood. In one instance, after the neighborhood restaurant operator at an HOA meeting listed the offerings for Passover, LaGrasso asked about Easter food, and residents audibly snickered and made snarky comments.

“This whole thing started with Deborah LaGrasso choking someone on the tennis courts. There was no religious component to that,” Klingsberg claimed. “She was sanctioned for that; she posted the antisemitic statements. It’s a mystery how the tables got turned so quickly. The federal case involves a situation where the individual making antisemitic slurs and attacks then claims to be the victim of religious discrimination.”

Scott Weires, the LaGrassos’ attorney and spokesperson, disagreed. “While the comments at issue in this case are utterly intolerable, our lawsuit seeks justice for every person who has ever been discriminated against by a housing provider or community association because of their religion,” he said.

Though LaGrasso was sanctioned by the HOA for her part on the tennis courts, the eight women she fought with were not, and therein lies the issue, Weires said.

“The association in this case was repeatedly notified of outrageous religious harassment and, not only refused to do anything about it, but contributed to the harassment by sanctioning our clients because they had complained,” Weires said.

But it’s not just the Hatfields vs. the McCoysteins here. The issue is whether the Fair Housing Act required the HOA to address and take action against what the LaGrassos deemed religious harassment. Federal Judge Donald Middlebrooks ruled that not only is the lawsuit legit, but that the LaGrassos can seek damages of $7 million from the HOA. They also want the HOA to “de-annex” their house from the development so they don’t have to follow HOA rules, according to the Post.

“Our goal is that this lawsuit motivates associations to learn about the responsibilities required by the Fair Housing Act and prompts them to reconsider whether the professionals they hire, such as property managers and lawyers, are competent enough to guide them properly with respect to those responsibilities,” said Weires.

Judge Middlebrooks said that “the LaGrassos have plausibly alleged a claim against the association for its failure to respond to or seek to control Ms. Tannenholz’s allegedly discriminatory conduct.” He did note, however, that the catalyst to the bad blood, the one on the tennis courts, did not exhibit religious discrimination, nor did it involve Tannenholz, named as a defendant in the case, so he threw out the case against her for “lack of jurisdiction.”

Vernis & Bowling, the firm representing the Seven Bridges HOA, did not return calls or emails.

“The reason for the mistreatment was because they were not Jewish,” Weires told the Post. “They were treated differently from everyone else.”

The LaGrassos, who did not want to comment for this story, told the Palm Beach Post they live in their $2.6 million dollar home in fear and have hired bodyguards. They have taken lessons in the use of protective firearms. According to Klingsberg’s complaint, “From the balcony of her home, LaGrasso threatened to shoot Tannenholz.”

Weires told the Post they’re looking to make peace, not war. But that peace offering comes at a hefty price.

“In our case, the association was notified of repeated instances of outrageous discriminatory conduct against our client based on her religion and, not only refused to do anything about it, but contrived an excuse to punish her by levying grossly excessive fines and sanctions for violating rules that do not exist.”

Weires said his clients will settle if every homeowner in Seven Bridges makes a charitable contribution to ‘a non-profit organization of our choice that works to end religious discrimination.”

Several residents of Seven Bridges contacted by the Forward refused to comment. One explained, “It’s too messy.”