Emily Grodin typed her first sentence at 25. Now she has her first book. 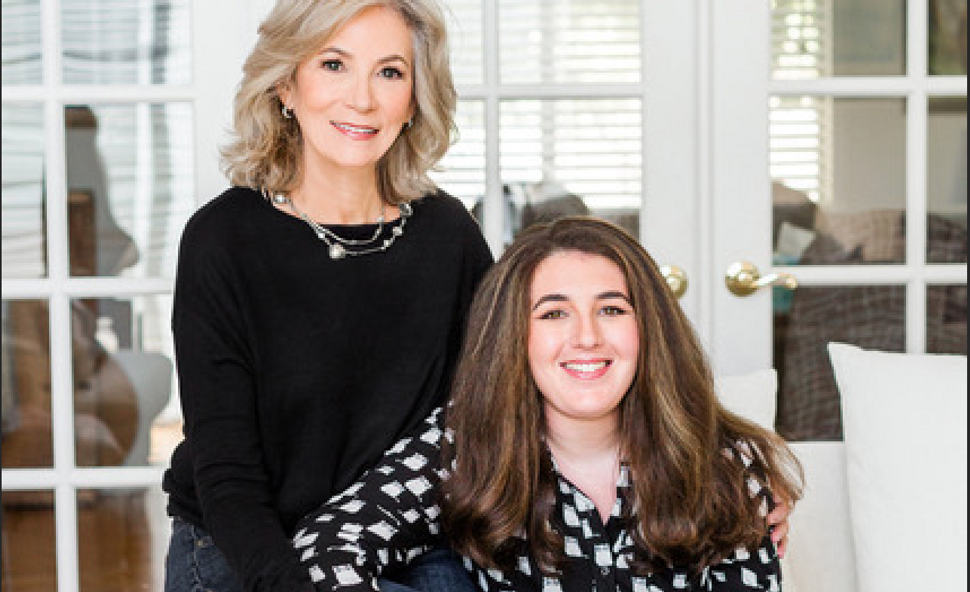 For the first 25 years of her life, Emily Grodin’s vocabulary was limited to her name and just a couple of words. Then she got a new speech therapy aide — and an iPad that opened floodgates of personal expression.

Now Grodin, a 29-year-old with nonverbal autism, and her mother Valerie Gilpeer have written a memoir, I Have Been Buried Under Years of Dust (HarperCollins), about the difficult journey leading up to the 2016 breakthrough and the exciting one that embarked from it. The book’s title comes from the first sentence Grodin wrote on the iPad, assisted by an often maligned technique called facilitated communication.

In an interview with The Forward, Gilpeer, an attorney who pivoted her practice to disability advocacy when her daughter was a child, says the book is an argument for facilitated communication, an approach in which an aide assists a noncommunicative disabled person type by guiding their keyboard use. The method has been widely challenged by the scientific community for producing the ideomotor effect, in which the facilitator influences what the disabled person is communicating.

In Emily’s case, the intervention appears minimal, and Gilpeer’s response to doubters is: “Just watch her.” 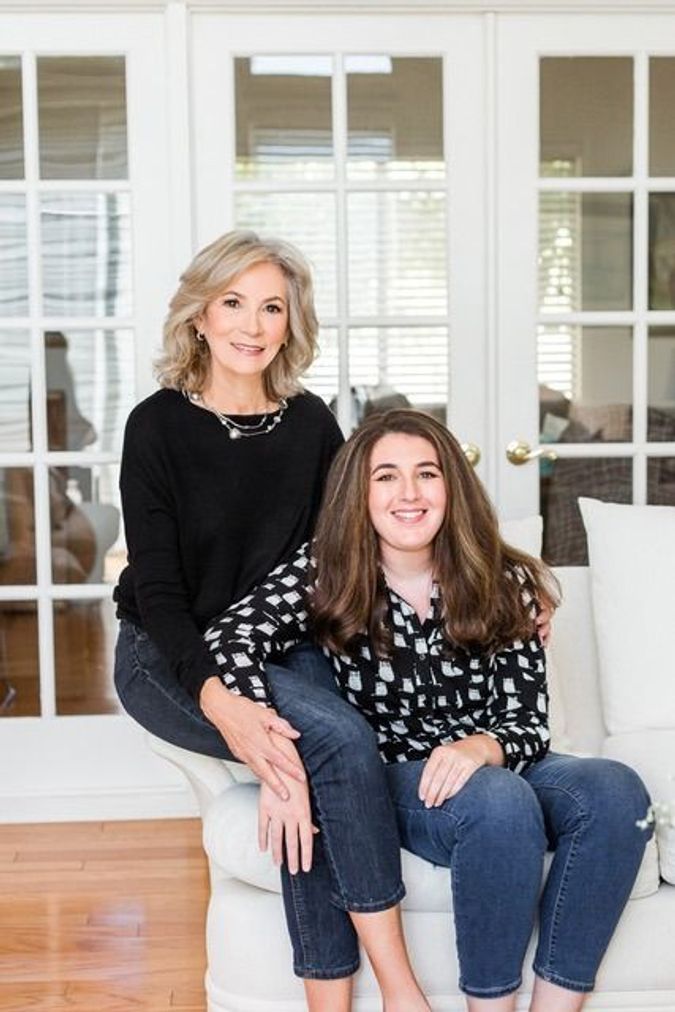 Gilpeer’s Q&A with The Forward on the book, the technique, and the experience of raising a nonverbal child is below. It has been edited and condensed.

THE FORWARD: Why did you think it was important to write this book with Emily?

VALERIE GILPEER: Originally, it was going to be a book of Emily’s poems and essays that she began to write after she began communicating via typing. But when no one expressed interest in publishing poetry by a person with autism, we explored alternative ways of getting the word out.

The book details several failures of compassion that you and Emily experienced during her childhood. For example, you are asked to keep her from preschool graduation by staff worried about an outburst. What do you think causes those encounters? I think for that preschool, they had a lot of paying customers, if you will. And while they were perfectly happy to have Emily among them, they weren’t willing to go that extra step to say, if she does something out of line, we’ll accept it. Or at least they weren’t able to do it in that moment.

And that’s kind of the way things were. People ask me if things have changed a lot, and I think the acknowledgment that there’s autistic people has changed a lot. But with the complete willingness to embrace them, we have a long way to go still.

Early in the story, you describe nonverbal autism as “being locked in a closet at the top of a collapsed staircase, in a boarded-up house that’s hidden by overgrown vines.” Did you as a parent feel like you were locked in the closet with Emily, or perhaps in your own closet?

Our expectations for our child when we were pregnant was that she would have a neurotypical life. We weren’t expecting that we would have a child with such severe disabilities that it would limit our social connections. That a meltdown would result in us never being invited back somewhere. That her sensitivity to dogs would mean that we couldn’t go to friends’ houses who had dogs, because you discover that people value the dog more than they value you or your child. So yeah, our world closed in around us in a lot of ways. But you do what you have to do — she’s our child. If you don’t want to be our friend, then…see ya around. 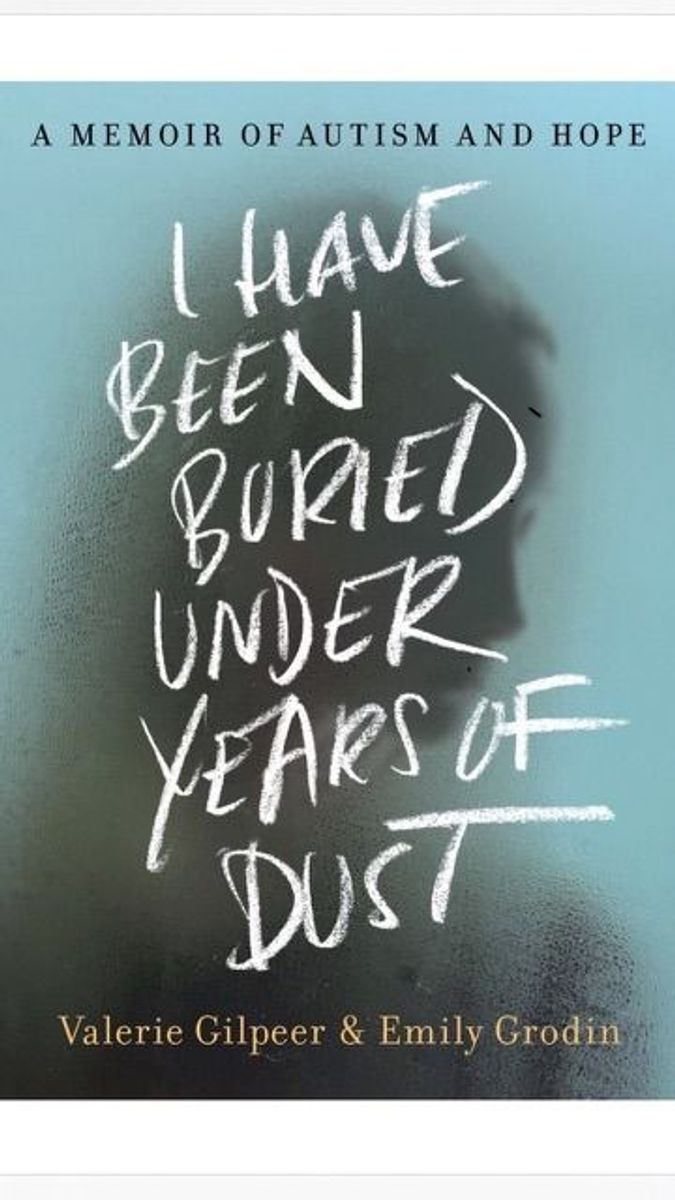 “I Have Been Buried Years of Dust” cover

Tell me about what you knew about facilitated communication before Emily started working with Lindsey in 2016, and how you see it now. Do you see the book as an argument for the method?

I knew a lot about facilitated communication, but didn’t necessarily believe in it. Of course the book advances an argument for it, because if you watch Emily in action, it disproves a lot of the theories that people say that autistic people aren’t doing the communicating themselves, or that they can’t do it themselves. There’s no hand over hand, Emily’s facilitator is sitting next to her with a finger on the top of her shirt or her sweater. There’s no guiding going on there.

What would you say to people who remain skeptical of facilitated communication?

Take a look at Emily doing it. Take a look and be believers and open your minds to it, because it’s real.. There are lots of other people who are experiencing this.

At the end of the book (spoiler alert!) it seems like Emily has been freed from the closet, so to speak. She’s able to express herself vividly, and she’s a published author now. I’m curious how you’re doing now. How has your outlook changed since your daughter started typing?

Because Emily is still not verbally fluent, she’s still going to have challenges. But I think Emily as a human being feels so much better about herself, which can only make me feel better because we’re so intricately bound together. I still feel hugely responsible for her, and for sharing the best life possible with her, but I feel good. And I feel so lucky and blessed and fortunate that my husband and I were able to give her this gift.

Her life has opened up so much since she started typing. She’s a college student, a 4.0, she’s taken seven courses during the pandemic, she has a future as a journalist, she’s made friends. Ever since we turned in the manuscript, things have changed for her. It makes me feel great. And for her, she’s always had a good sense of who she is, but her self esteem has improved hugely. And I think her self esteem was founded in the fact that she knew how much we loved her and supported her. We never put her down, we never doubted her, and we encouraged her to do whatever she could. And you know, she did many things. But nothing like this.

Gilpeer and Grodin’s book, I Have Been Buried Under Years of Dust: A Memoir of Autism and Hope, can be purchased directly from HarperCollins here.

Emily Grodin typed her first sentence at 25. Now she has her first book.