Joy Levitt to step down from Manhattan JCC after 24 years 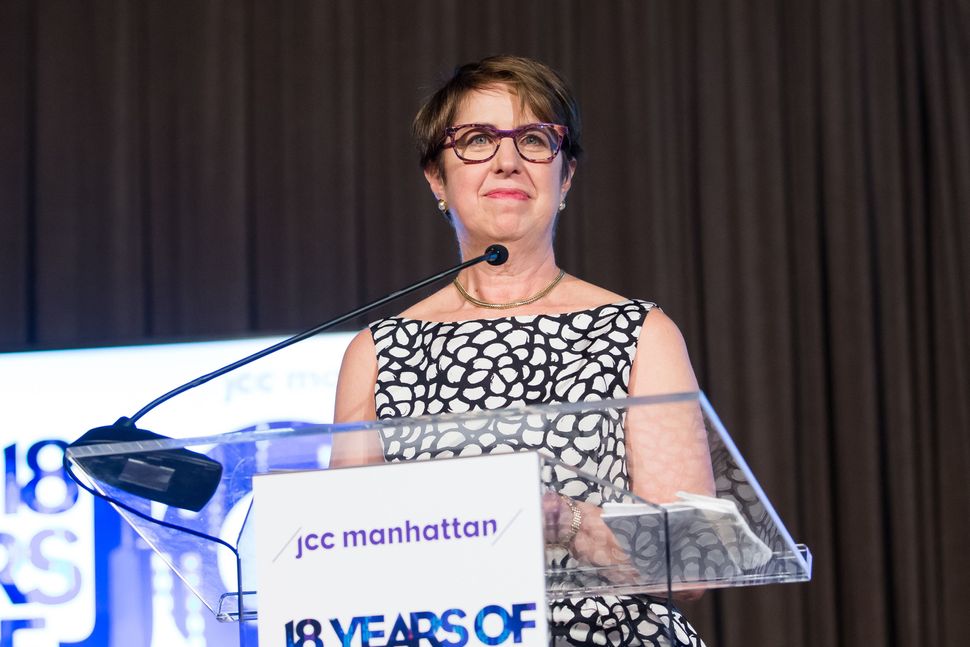 Rabbi Joy Levitt will step down as head of the Marlene Meyerson JCC Manhattan at the end of the year, ending a nearly quarter-century of her work at the Upper West Side institution, which she joined prior to the construction of its flagship building. She announced her retirement to the JCC’s staff on Tuesday and board of directors on Monday night.

Levitt, 67, became the institution’s chief executive in 2006, after stints as program and associate director, and oversaw JCC’s expansion into Harlem, the purchase of a camp facility outside New York City and the launch of a series of programs dealing with issues including aging, health, Israel.

Before the pandemic, about 3,500 per day entered the JCC, a spokeswoman said, up from some 2,000 per day a decade before.

“Religion is a part of Judaism, but there’s something larger than religion. There’s culture. There’s Jewish peoplehood.”

“I’ve done what I hoped to do and more,” Levitt said in an interview Monday. “The institution is poised for its next chapter.” She said the JCC was retaining an outside firm to conduct a national search for her replacement and that she expected to stay on through December.

Levitt joined the JCC in Manhattan in 1997, seven years after its founding, while it was still operating with a skeleton staff as it planned construction of a permanent home on Amsterdam Avenue and West 76th Street. That building, which houses a gym and hosted myriad classes, camps and programs before the pandemic, opened in 2002. 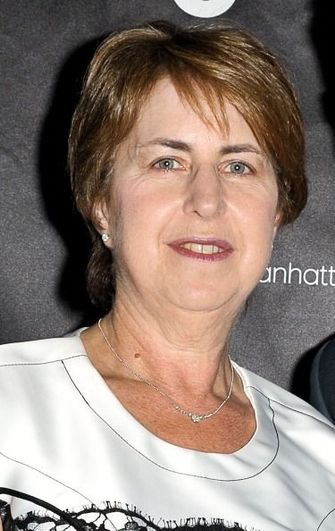 The institution was intended to transcend the “binary approach to Jewish life,” Levitt said, in which synagogue affiliation was believed to determine whether or not individual Jews were engaged members of the community. Though she served as a pulpit rabbi in New Jersey and Long Island before being hired by the JCC, Levitt said that her background in the Reconstructionist movement helped her envision what a meaningful connection with Judaism could look like outside the synagogue.

“These early founders understood there were people who wanted a deep connection to Jewish life, maybe not through a prayer experience,” she explained. “Judaism is an evolving religious civilization,” Levitt added. “Religion is a part of Judaism, but there’s something larger than religion. There’s culture. There’s Jewish peoplehood.”

Levitt acknowledged that her training as a rabbi did not include much on how to manage a budget or fundraise — skills she worked hard on at the JCC, she said — but that the board of directors “really encouraged me to use my rabbinic voice.”

“People wanted an open door into Jewish life and they saw the opportunity that I could really welcome people into a very big tent.”

“People wanted an open door into Jewish life and they saw the opportunity that I could really welcome people into a very big tent,” Levitt said.

That big tent has not always been easy to maintain. Levitt cited disagreements over Israel, what programming should be held in the JCC’s 14-story facility, and its affiliation with various other institutions.

The Other Israel Film Festival, which began a year after Levitt became director, was one such flashpoint. The annual event is held in collaboration with the New Israel Fund and features movies about underrepresented communities in Israel, including Palestinians.

Some critics assailed the festival in its early years for damaging the Jewish state’s image, but Levitt said it has established itself as a popular annual event.

“It was by no means ‘anti-Israel,’ it was, ‘let’s try to understand each other,’” Levitt said. “We always wanted to be that place where honest conversation could happen.”

JCC Manhattan, which dropped the intermediate “in” seven years ago, also had the unique challenge of serving as a catchall institution for Jewish life, culture and politics in a borough already full of dynamic Jewish programming. It’s less than two miles away from the 92nd Street Y, and many of Manhattan’s synagogues offer extensive cultural calendars, including the Streicker Center at Temple Emanu-El. 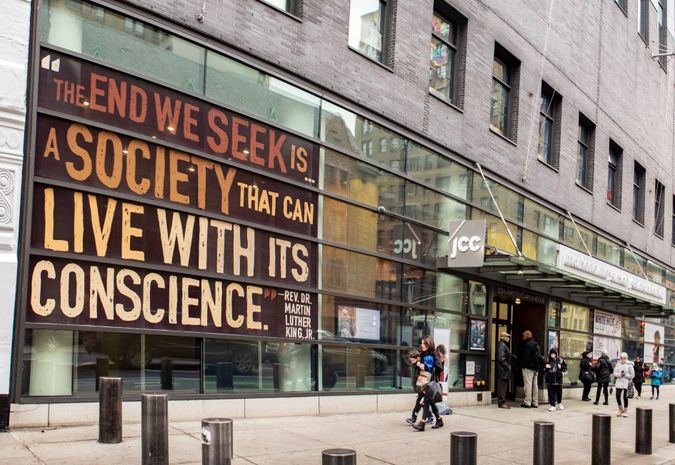 A quote from Rev. Dr. Martin Luther King, Jr. is displayed on the windows of the Marlene Meyerson JCC Manhattan in 2019. Photo by Manhattan JCC

But if some JCCs find themselves in turf wars with local synagogues, Levitt said she had tried hard to avoid them, partly by encouraging members to join synagogues and partly by offering activities for people who weren’t ready to do so.

Levitt said the JCC tried to meet people at pivotal moments in their lives: recent college graduates who moved to New York City for work, new parents, those who have recently retired or lost a close family member. In this way, she said, JCCs can reach Jews who are less likely to connect to a synagogue.

She offered the example of one Jewish family who sent their son to the JCC’s preschool. One day, one of his parent’s told Levitt, the child came home with a menorah — and taught them how to light it.

“That’s a family that came to a JCC nursery school because it was close to their home,” Levitt said. “Now they’re members of a synagogue.”

“We always wanted to be that place where honest conversation could happen.”

Levitt said other points of pride during her time at the helm include the launch of ReelAbilities Film Festival, which has become a leading international showcase for films about people with disabilities; Jewish Journeys, an innovative Hebrew school for children in elementary and middle school; the JCC’s literacy and math tutoring program that pairs hundreds of volunteers with public school students; and the purchase of Camp Settoga in Pomona, about 25 minutes outside the city.

Other than a desire to do more writing and stay connected to the JCC in some capacity, Levitt isn’t sure what she will do after stepping down. But

One of Levitt’s broader goals in shepherding the JCC through more than two decades of Jewish life in New York has been to make the city a more livable place for those who engage with it.

“New York City is a hard place to live and I think the JCC created an opportunity for people to make friends at very pivotal points in their lives,” she said. “Part of what we’ve been about is making a village out of a city.”

Joy Levitt to step down from Manhattan JCC after 24 years