A lost year: Teen mental health during the pandemic 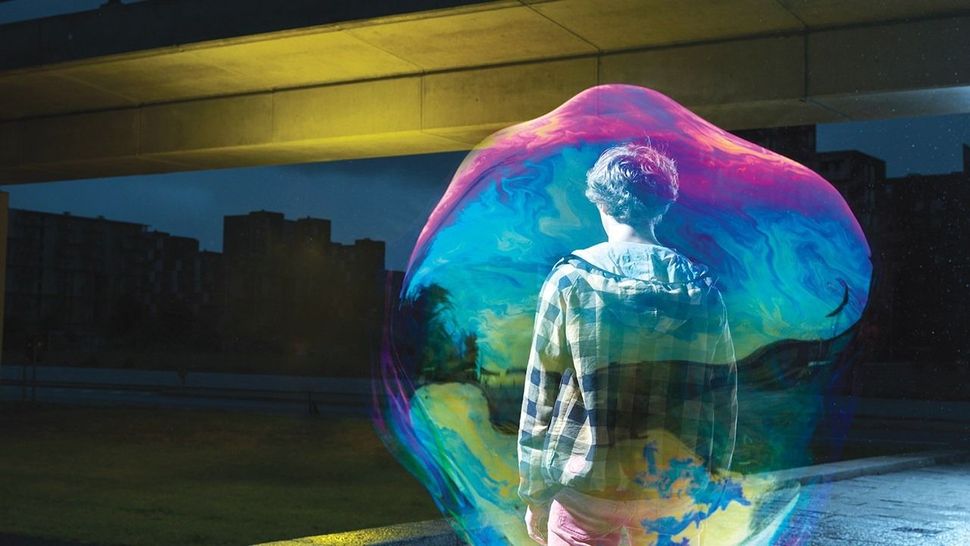 Looking up and down from their screens, concerned parents and grandparents scribbled notes as they listened to a Zoom presentation by Marjorie Swig, founder of Greenlight Clinic, a mental health facility for teens and young adults.

The February event, hosted by Congregation Emanu-El, was billed as “Supporting Your School Age Child and Adolescent Through the Pandemic,” and at about the halfway point, when Swig finally turned to the topic of teens, the tone became more urgent as she described their experience with words such as “loss,” “grieving,” “anger” and “depression.”

“They’ve missed milestones. They will never get any of that back,” she said bluntly. “We need to give special support to these kids.”

The pandemic and resultant lockdown have been challenging for people of all ages, but none more so than teenagers, experts say. Unlike adults, teens aren’t looking at the past year and thinking, “Let’s put this behind us and move forward.” For many, the opposite is true. Being robbed of an entire year at this stage of their lives is producing a mental health crisis that some professionals describe as unprecedented.

Swig, a marriage and family therapist whose free clinic serves young people ages 14 to 26, has worked with teenagers for about 20 years in varying capacities. For the first time since it opened in San Francisco’s Presidio in 2016, Greenlight Clinic has a wait list due to increased demand. 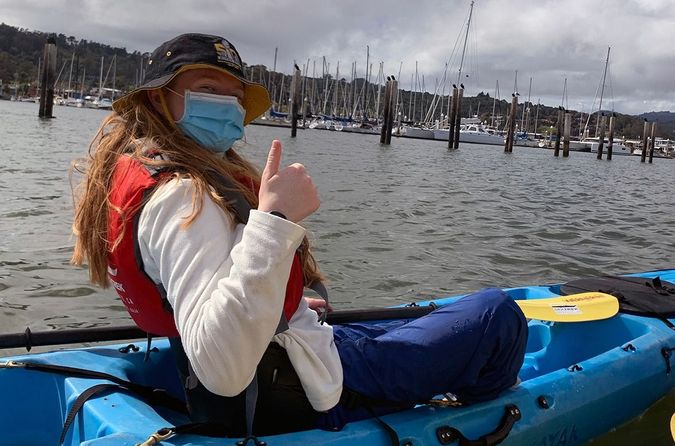 Anna Dreher, 17: “If you don’t laugh, you’re going to cry.” Courtesy of JWeekly.com

“This is stuff we’ve never dealt with,” Swig said. 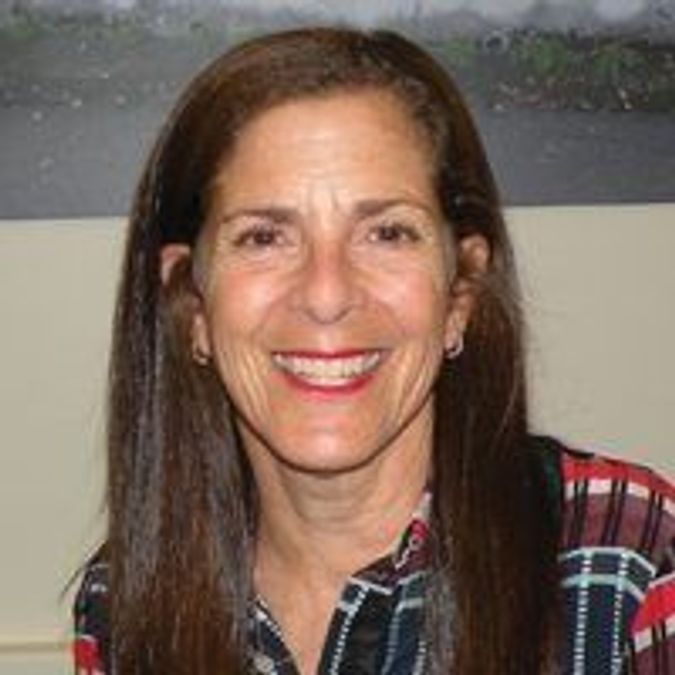 Swig was involved in the research for a study released last year, “Are the Kids Alright? How Teens Are Struggling with Loss and the Limits of Living Online,” with findings gathered from interviews with 46 California teenagers 14-17.

“The coronavirus pandemic comes with a host of stressors that we have all had to learn how to live with: incredible loss of life, impossible compromises, isolation, fear, and anxiety,” the study noted. “But it has been clear from the beginning that our teens, by virtue of their developmental stage and the specifics of life in the pandemic, are going through something unique.”

“I feel very strongly that adolescents have been the most affected,” said Dr. Robert Root, a child and adolescent psychiatrist in San Francisco with close to 30 years in the field. “Covid has amplified the normal stresses of being a teenager.”

During the pandemic, he said, he’s received more calls than ever about teens in crisis. The data speaks for itself.

UCSF Benioff Children’s Hospital in Oakland has experienced “a doubling of adolescents hospitalized for eating disorders, and a 75% increase in youth seeking mental health services who required immediate hospitalization,” according to a lawsuit filed in February by the city of San Francisco seeking to force the reopening of public schools.

Interviews with Jewish mental health professionals, adults who work in teen-focused communities and teenagers themselves provide a snapshot of the specific mental health issues brought on by the pandemic, particularly in the 13-to-17 age group.

They’re not going on the annual class camping trip. Prom is canceled. Graduation ceremonies are virtual.

While these life markers are certainly missed, it is the absence of the more ordinary, day-to-day interactions with the external world that has a bigger impact on teenagers, said Jasmin Zeger, a marriage and family therapist with Jewish Family and Children’s Services since 2016.

They are at a crucial point in their lives where, under normal circumstances, they would be building a world separate from their parents and home life, exploring their identity and learning skills that will take them into adulthood, she said.

“They have biological responses, rewards from those experiences,” said Zeger. “That is a core step in this developmental stage.”

When the pandemic shut down schools, and extracurriculars along with it, teenagers no longer had opportunities to socialize with their peers during and after school, bringing that developmental stage to a halt.

“They’re trying to individuate, and that has not been as possible,” Zeger said.

And if a teenager is stuck at home in a potentially toxic environment — domestic abuse and alcoholism have increased during the pandemic — it can further impact their mental health.

Lisa Andresen, a therapist in San Francisco, also sees value in the family addressing the mental health issues as a whole, avoiding a common tendency to view their teenager as the “problem child.” 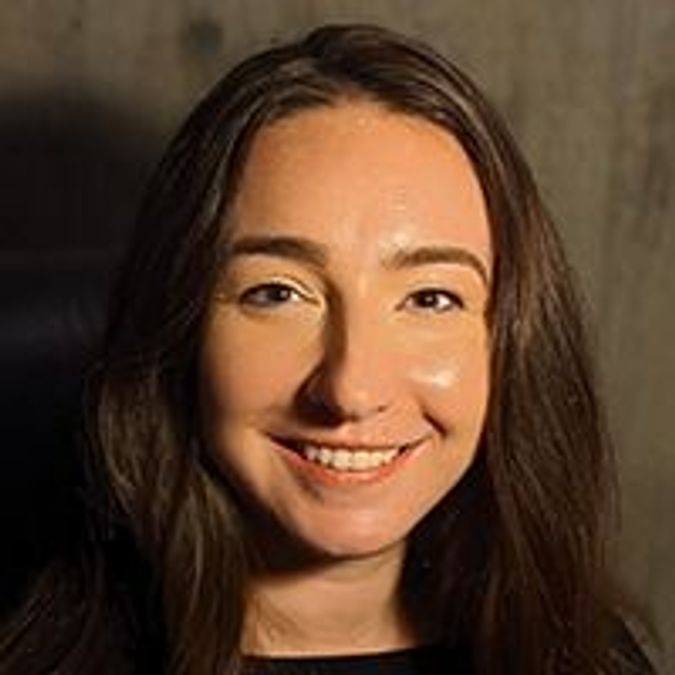 “It’s important for everyone in the family to take accountability for their piece of it,” she said. Rather than just the teen going to therapy, Andresen recommends individual counseling for all family members, plus joint sessions, as a better alternative with potential for better outcomes.

Then there’s the outsize role technology has played. The study of California teens found that different uses of technology can have varying effects. For example, chatting with friends online contributed to positive feelings, while online school brought negative feelings.

While parents who are worried about phone or computer overuse or abuse might want to take away their teen’s privileges, Swig said these likely are their main social outlets and it is more beneficial for them to have access than not. Other therapists encourage “pro-social” activities on top of technology use, such as a walk or a bike ride.

Zeger is finding many teenagers struggling with sleep because of overuse of technology. They’re “staying up late,” she said, “going online with their friends. They’re not going out to a party anymore. They’re staying up on FaceTime until 2, 3, 4 in the morning. That can cause challenges during the day.”

A pause in a teenagers’ development, a lack of validation from peers, increased isolation and use of technology together have led to more depression and anxiety, mental health professionals say. They’ve heard teenagers describe feeling “trapped” and holding a “fragmented” sense of self.

Sabine Sulka, a 16-year-old junior at Jewish Community High School of the Bay in San Francisco who loves science, described to J. in an interview how the pandemic abruptly interrupted her life. Before the lockdown, she would commute to school on her own from Oakland.

Early on, the pandemic brought positive changes — she spent more time with her parents and got more sleep — but the novelty soon faded away.

Sulka was able to secure a remote internship at a museum last summer. And her high school just resumed in-person classes in mid-March. But she still feels the loss of “a big chunk of learning and growing.”

“I lost all of that,” she said. “I was on a track. I would’ve been ready [and] grown into the person I was becoming. It was cut off and taken away from me.” She said she feels stuck in the stage of her life from right before the pandemic.

She also describes a “numbness,” which started early this year when there were few signs that the pandemic was ending anytime soon. “It’s like when you eat the same thing every day,” she said. “It doesn’t taste like nothing. But it is bland.”

Others teens interviewed described positive and negative experiences, from feelings of isolation and social anxiety to feelings of gratitude and family connection. Many described the same lost sense of time.

Anna Dreher, a 17-year-old junior at JCHS, said she’s tried to have “normal” teenage experiences, such as hanging out with her friends during the summer on hammocks and listening to Taylor Swift, all while social distancing. But more recently, the lack of daily interaction with people outside her family has brought on anxiety. Dreher joined a soccer team this year, and when she met her new teammates it “was one of the most anxiety-inducing things.”

Her advice for dealing with the stress is to laugh. “Because if you don’t laugh,” she said, “you’re going to cry.”

With Gov. Gavin Newsom’s recently announced plan to fully open the state on June 15, the number of vaccinated individuals steadily rising, the economy rumbling back and employers rehiring, teens are allowing themselves to imagine a return to normal. But will they be able to heal and move on?

That’s a question Julia Kurzrock ponders regularly. As the executive director of Contra Costa Midrasha’s Better Together program, which links teenagers and seniors from the Reutlinger Community in Danville to correspond and talk with each other, Kurzrock has witnessed firsthand the importance of having a community to turn to. That has been true even if it’s just to commiserate.

“Misery loves company,” said Kurzrock. The program offers the affirmations of ‘Me too. I understand. I feel the same way.’”

Liza, a 15-year-old freshman at the Athenian School in Danville, participates in the Better Together program and said it has made the pandemic easier for her. Last summer, she and a friend were connected with a senior in his 80s named Bob. The three of them chat every Sunday. 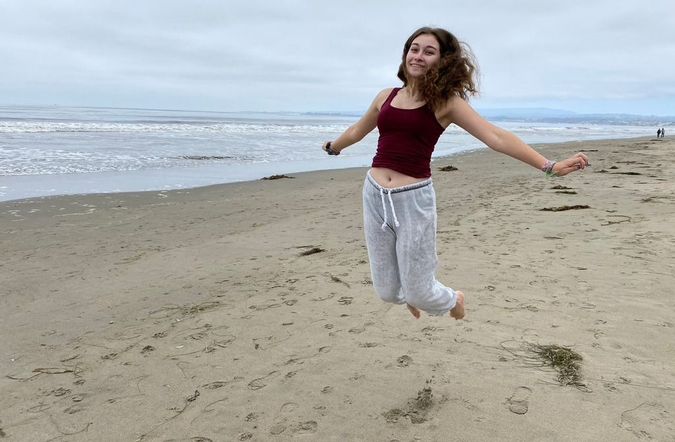 “I feel like I’m doing something, instead of just lying in bed on Sundays,” Liza said. “I’ll get up and talk to him. We’ll laugh. He’ll talk about his childhood. He definitely is not pinpointing a specific time in ninth grade. It makes me think, ‘In five years, I won’t be thinking about the bad times.’”

Devra Aarons, the executive director at Contra Costa Midrasha, believes that the intergenerational aspect of the program has been beneficial for mental health.

“It has pushed them through,” she said. “I think our teens have needed it more than ever.”

Such programs have a variety of emotional and social benefits, not least of which is giving teens a sense of meaning in their lives.

Ultimately, Zeger said, long-term healing will come from carving a path for “grieving what has been lost” and keeping the conversation going.

“This isn’t a normal situation, and you don’t have to be OK with it,” she said. “I think the openness in the Jewish community about talking about mental health is really important. We need to keep talking about it so we can remove barriers to access, so that people can have access to support and how this moment in time may be affecting them down the road. There will be an impact in some way shape or form. We want to continue to explore it so we can heal.”

This article originally appeared on JWeekly.com and has been reposted with permission.

A lost year: Teen mental health during the pandemic