Dr. Ruth’s post-pandemic life is a lot busier than yours 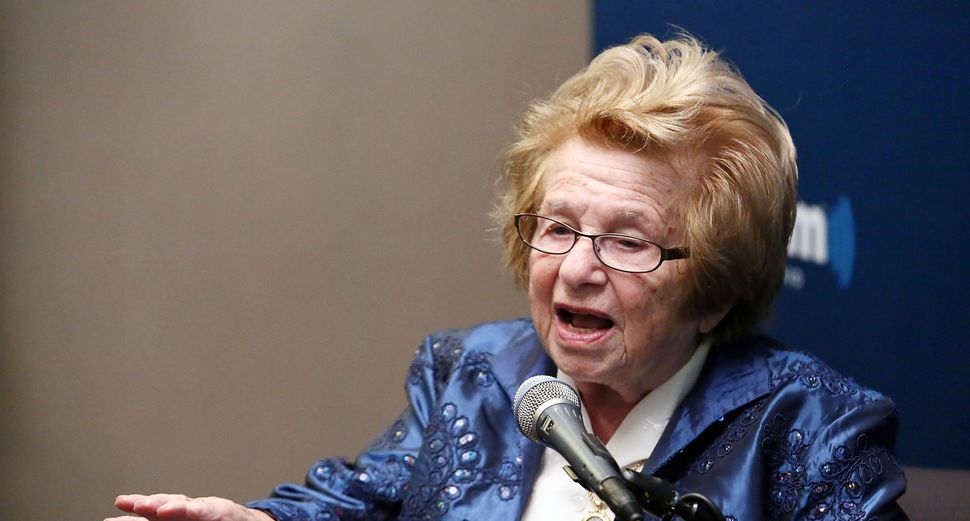 Dr. Ruth Westheimer has spent the better part of her life offering advice. So it should come as no surprise that when I called to interview her, she began by telling me what to do.

“If you write a good piece,” she said to me in her raspy German-inflected voice, sounding a bit like Albert Einstein on helium. “I promise you good sex for the rest of your life.”

I couldn’t help but laugh.

“Tell everybody that you laughed four times in our interview.”

“That’s number five. In the Jewish tradition, it says that a lesson taught with humor is a lesson retained.”

Dr. Ruth, as she’s lovingly known across continents and cultures, has been teaching others with humor – in the bedroom and elsewhere – for decades. She’s a multi-hyphenate if ever there was one – author, sex therapist, everybody’s bubbe.

Westheimer will be adding yet another line to her resume on April 25, when she receives an honorary doctorate from Ben-Gurion University in Israel. The event was supposed to be held in-person, but instead will take place over Zoom, a digital venue she has become all-too-familiar with during a year of lockdown. She’s used video-conferencing to give lectures, take meetings, attend synagogue services and keep up with her four grandchildren.

“I do everything by Zoom,” she explained, casually adding that she’s running lines with a Tony Award-winning actress. Tovah Feldshuh is prepping to portray Dr. Ruth in an off-Broadway play. “I saw her yesterday on Zoom,” Westheimer said. “She’s learning my accent.”

“I have been super careful,” she said. “So I have been doing everything from home.” She recently got her second dose of the Pfizer vaccine and has been spending time with her son, Joel, a professor from Canada, who has camped out at her apartment, teaching his classes remotely.

Her daughter, Miriam, who lives nearby, checked in on her frequently throughout the year. “I would meet her every week to see the blooming trees at Fort Tryon Park,” said Dr. Ruth, who sits on the park’s board. 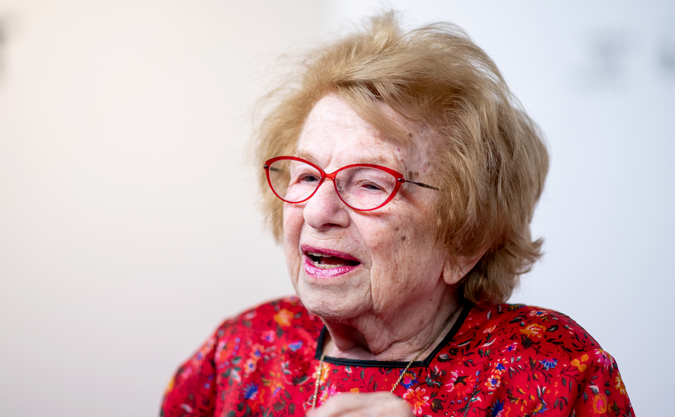 She spent the pandemic in the same place she spent the past half century – in a Washington Heights apartment overlooking the Hudson River. Viewers of the 2019 Hulu documentary “Ask Dr. Ruth” got an inside look at the place – photos of her family, copies of the more than 40 books she’s written, memorabilia, awards and, surprisingly, a vast collection of turtle figurines.

“If that turtle wants to move, it takes a risk,” she once told The New York Times. “It has to stick its neck out. It could get hurt. That’s a little bit me. I did stick my neck out talking about sex on radio or television when nobody did that.”

At 92, Westheimer is still keeping a busy schedule – she recently published a children’s book called “Roller Coaster Grandma: The Amazing Story of Dr. Ruth.” It tracks her journey escaping the Nazis and emigrating first to Israel and eventually the U.S. A special children’s exhibit, which will include an animated film on her life, will be part of the post-pandemic programming at the Museum of Jewish Heritage in New York.

The exhibit will, undoubtedly, leave out some aspects of her varied career. Westheimer recalled giving her grandson’s fourth grade class a sex talk – years later, she said, he still “hasn’t recovered.”

When I asked what marriage advice she’d offer to couples who have been cooped up for a year, often in tight quarters with children in tow, Westheimer took a glass half-full approach. “Thank God, we survived,” she began. “Thank God, we are together, we have each other. And let’s bury our differences with a new outlook on life. If we cannot do it alone, go for a few sessions to a marriage therapist to discuss it.”

Ever the pragmatist, she quickly added: “Some people might have to separate. Some relationships may not be able to be saved.”

But after a year of isolation and loss, Westheimer is bouncing on her heels to get back out into the world. “As soon as this is over, make sure you are vaccinated, make sure you remain careful. And then stop talking about the virus. Concentrate on all of the other things in your life that are positive. People are resilient,” she said. “And as you know, I’m very resilient.”

‘Ben-Gurion was short, and he knew how to flirt’

In conjunction with the honorary doctorate, Westheimer has helped raise $100,000 for BGU to endow a scholarship for several psychology students each year. Hundreds of Bedouin attend the school and Westheimer said she hopes one will get a scholarship because she feels their life stories mirror hers. “I don’t even have a high school diploma,” she noted.

The school rarely gives honorary degrees to celebrities, but they made an exception for Westheimer shortly after meeting her. “We became fast friends,” said Doug Seserman, the CEO of the American Associates of Ben-Gurion University. “I really got to know her life story. She’s an orphan of the Holocaust. She feels that 1.5 million children perished in the Holocaust and that she has a responsibility to make the world a better place.”

The diminutive Westheimer – at 4-foot-7, she’s more than half a foot shorter than fellow nonagenarian Betty White – feels a special kinship with the namesake of the university. “Ben-Gurion was short, and he knew how to flirt,” she said.

She recalled the day Ben-Gurion declared Israel’s independence in 1948. Westheimer was two weeks shy of her 20th birthday and, if you can believe it, was a sniper in the Israeli army. “I was in Jerusalem and danced on a truck the whole night.” 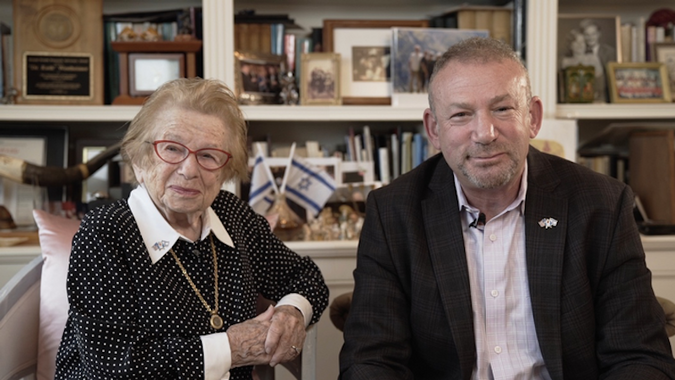 As we ended our call, Dr. Ruth was still telling me what to do, highlighting the parts of our conversation she thought would make for an interesting article. (“My ‘Heavenly Sex’ book has been reissued. It’s a classic. It will never be out of print.”) She asked where the story would appear and when I told her it would be online, she told me to fax her a copy.

And then we hung up, a half-hour conversation with a living legend over just as quick as it began.

A minute later my phone rang. It was Pierre, her longtime assistant, whom she’s dubbed her “minister of communications.”

“Ruth wanted me to make sure you had a piece of critical information,” he said, briefly pausing as if he was actually going to tell me something critical. “She wants you to know that she has 102,200 followers on Twitter. She wants you to include that in the article.”

Dr. Ruth’s post-pandemic life is a lot busier than yours