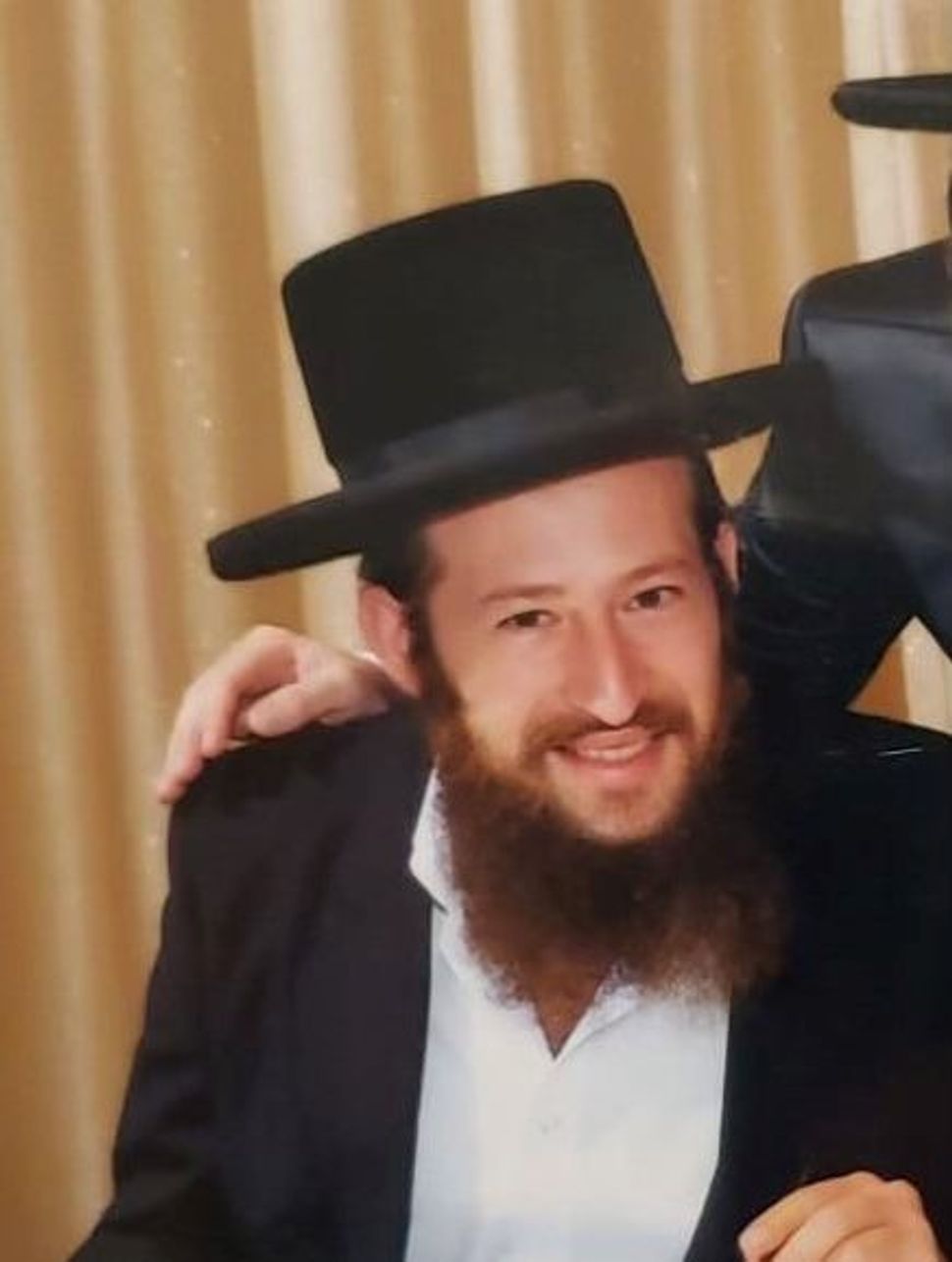 He started composing when he was 12. He sold his first song at 18. His debut album, Shragee, pulsates with the joy of a man who has found his calling. The year after it came out, Tablet called Gestetner one of the “rising talents of the current generation” of Hasidic music.

“His voice was the sound of music,” said Gershy Moskowits, the producer who discovered him. “It sounded like a violin playing.”

But when Gestetner died at Mt. Meron on Thursday at the age of 33, he had already left his music career behind. Dozens of songwriting credits and a solo album had given him a taste of celebrity, but the work — playing weddings and fundraising dinners up and down the Eastern Seaboard — occupied his nights and weekends. So several years ago, with four children at the time, he walked away from the music scene to pursue life as a family man.

“That’s how he wanted to be remembered,” Moskowits said. “He wanted to stay with his wife and kids. He wanted to learn Torah.”

To support his family, Gestetner built a business selling upscale headboard panels to hotels, an idea that came to him when he was soundproofing his home recording studio. He found enough success in the venture to become an impactful donor in Monsey, N.Y., where he lived with his wife and five children.

Gestetner was one of 45 people, including six Americans, who perished in a crowd crush that occurred during last week’s Lag B’Omer festival at Meron, an annual event in Northern Israel that attracted 100,000 people this year.

Years after his last recording, Gestetner is still remembered among other Hasidic musicians as a beacon of generosity, warmth, and devotion. His music was uplifting, they said, because the person who created them was.

When a budding teenage guitarist fell out with his parents, Gestetner invited him to move in with his family — where the young man stayed until his wedding day. And even when his calendar was packed with simchas, the venues he played most frequently were hospital rooms of sick Hasids soothed by the sound of his voice.

“His music or business was just a side job,” said Dovy Meisels, who occasionally performed alongside Gestetner at weddings. “His main job was to make you feel good.”

Shraga Eliyahu Gestetner taught himself guitar and piano as a child growing up in Montreal, practicing the melodies of Hasidic music stars like Avraham Fried and Mordechai Ben David. It didn’t take long for original tunes to begin swirling around his head.

There was just one problem: his parents didn’t want him going into music.

Worried that such a career would reduce his marriage prospects — a young man should be in yeshiva, not entertaining at weddings — they discouraged young Shragi from pursuing his passion. He hardly sang as a child. He never joined a choir.

So he nurtured his talent on his own. Eventually he recorded a CD of original songs, which found its way into Moskowits’ hands through the producer’s son, a classmate.

“It was like a breath of fresh air,” Moskowits remembers. “His compositions were very heartfelt, beautiful. They touched on lyrics that other people weren’t using.” Moscovits hired him to write more songs for his roster of Hasidic stars.

Still, respecting his parents’ wishes, Gestetner refrained from contributing vocals until he got married, after which he set to producing his first album with Moscowits. He recruited renowned Hasidic singer Yossi Green to collaborate.

Ever the perfectionist, Gestetner would pull all-nighters to nail an arrangement. It took him months just to choose the cover art.

The final product, Shragee, was released in 2011, launching Gestetner’s performing career. True to the personality of its creator, the album is at turns upbeat, sweet, and sensitive.

“It’s got a lot of happy songs, and a lot of — I don’t want to say sad songs, you can’t call it sad — but warm songs,” Gestetner said then in an interview with Arutz Sheva.

Then, as quickly as he burst onto the scene, he quit.

Shloime Taussig, one of the first singers to record a Gestetner-written song, said that the life of a popular Hasidic musician conflicts with family life. In peak wedding season, he said, he can go months without putting his kids to bed at night. Taussig had tried to reduce his weekend commitments for that reason.

Still, as a singer, he attested to the difficulty of Gestetner’s mid-career pivot.

“It takes courage to put such a thing aside,” he said. “It’s not just money. It’s part of your life.”

Indeed, Moskowits said Gestetner was the only artist he had worked with to quit in his prime. But he did it with resolve, and never lost the gentle smile he was known for.

Moskowits recently ran into his former protege in Monsey, at a time when he was looking for musicians for a lucrative performing gig. Gestetner’s response to the offer, the producer recalled, was simple: “Gershy, family.”

According to reports, Gestetner traveled with his two brothers to Israel to celebrate Lag B’Omer on Mt. Meron, an event that attracts tens of thousands of Hasidic Jews from all over the world each year. He was buried in Har HaMenuchot Cemetery in Jerusalem. He is survived by his wife Tzippy Gestetner — who friends noted was an avid supporter of his music career — and their five children.

Reached by telephone Monday, Green, his longtime collaborator, said he was still in shock and wanted to express his condolences to the family in person before speaking with the Forward.

Though Taussig said he was not a close friend of Gestetner, he drove an hour and a half to make the trip from Brooklyn to the shiva home.

“I told my wife, how many times did I have a call locally that I didn’t have the patience to make the trip?” Taussig said. “And all of a sudden I’m driving an hour and a half. Out of a lot of music industry guys, I had a connection with him.”

Americans Who Died In The Mt. Meron Catastrophe on Lag B’Omer

Shraga Gestetner, 33, a Skverer Hasid from Monsey (originally from Montreal), a singer who launched a successful interior furnishing business.

Rabbi Eliezer Tzvi Joseph, a Satmar Hasid from Kiryas Joel, was the father of four children.

Yossi Kohn, 22, from Cleveland, Ohio, was a student at the selective Mir Yeshiva in Jerusalem.

Elazar Yitzchak Koltai, 13, from Passaic, New Jersey, moved to Jerusalem with his family at a young age. He was known as “Azi.”

Menachem Knoblowitz, 20, of Borough Park, who got engaged to his girlfriend, Hindy Rozmarin, in April. Baruch Rozmarin, Hindy’s brother, said Knoblowitz was a “very nice boy and always with a smile on his face.”

Nachman Doniel Morris, 19, was studying at the prestigious Yeshivat Shaalvim in Israel following his graduation from MTA, the Orthodox high school in New York. His friends, family, and teachers highlighted his sweet disposition, dedication to learning Torah. “The epitome of generosity and sensitivity to his classmates,” said Rabbi Josh Kahn, MTA’s head of school.