As the pandemic subsides, congregations memorialize a year of loss and resilience 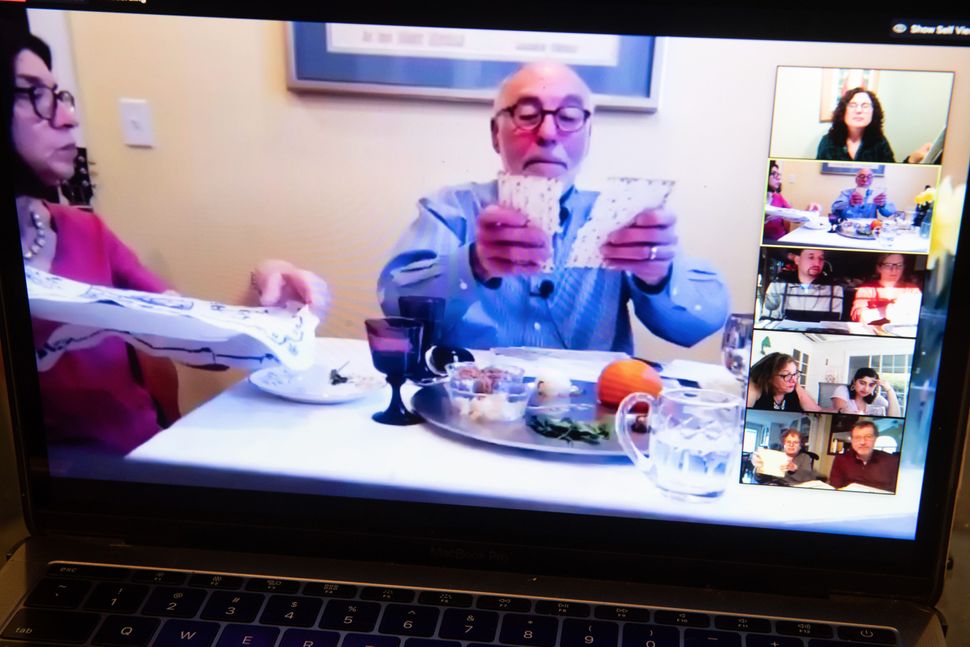 Even as synagogues begin planning for services and programs that will approximate synagogue life before the pandemic, many recognize a need to memorialize the unprecedented disruption and loss suffered by congregations from COVID-19.

“I wanted something that would remind us of what we had gone through. This will be a story that we will need to tell,” said Rabbi Rabbi David Steinhardt, spiritual leader of B’nai Torah Congregation in Boca Raton, Fla.

Clergy and congregants are finding a myriad of ways to remember the pandemic’s impact, from creating art to commissioning a Torah to writing special prayers.

As he plans for his community to come back together in person, Steinhardt thinks the moment calls for a significant project, “something more than saying birkat shehechiyanu or HaGomel,” he said, referring to prayers of gratitude.

So B’nai Torah Congregation has commissioned a Torah, and will invite every member of the congregation to write a letter in it. He said it’s a fitting remembrance for a difficult year.

“I want it to recognize that it took a great force to keep us together, and that force is rooted in Torah,” Steinhardt said. “I also felt that I wanted something that would remind us of what we had gone through.”

Once the Torah has been written, B’nai Torah Congregation plans to donate one of the synagogue’s other Torahs to a newly-formed Jewish community that needs one.

At Valley Beth Shalom in Encino, Calif., the trauma caused by COVID will be remembered through art. While the idea is still being developed, the plan is to commission a piece of art that will hang in the synagogue’s lobby and for every congregant to have a hand in creating it. Rabbi Ed Feinstein, Beth Shalom’s spiritual leader, said the project will help fulfill the need to recognize that congregants have experienced a “once-in-a-generation catastrophe.”

“We are changed in ways we cannot yet begin to estimate,” he said. “The upheavals, the losses, the ingenuity and improvisation of our adjustments and accommodations, have reshaped our collective life. We need to memorialize this moment. We need a way to capture, gather and represent our experiences. I hope this project will be a way to hold onto the ways this past year has touched our souls.”

Rabbi Rachel Weiss, senior rabbi of the Jewish Reconstructionist Congregation in Evanston, Ill., has been creating a memorial since October, when she first began making decorative copies of the Torah portions read by the congregation’s 25 children celebrating their b’nai mitzvah in the 2020/2021 school year. She photographed the section of Torah each child would chant, affixed the image to high quality, heavy weight art paper and sewed them together. 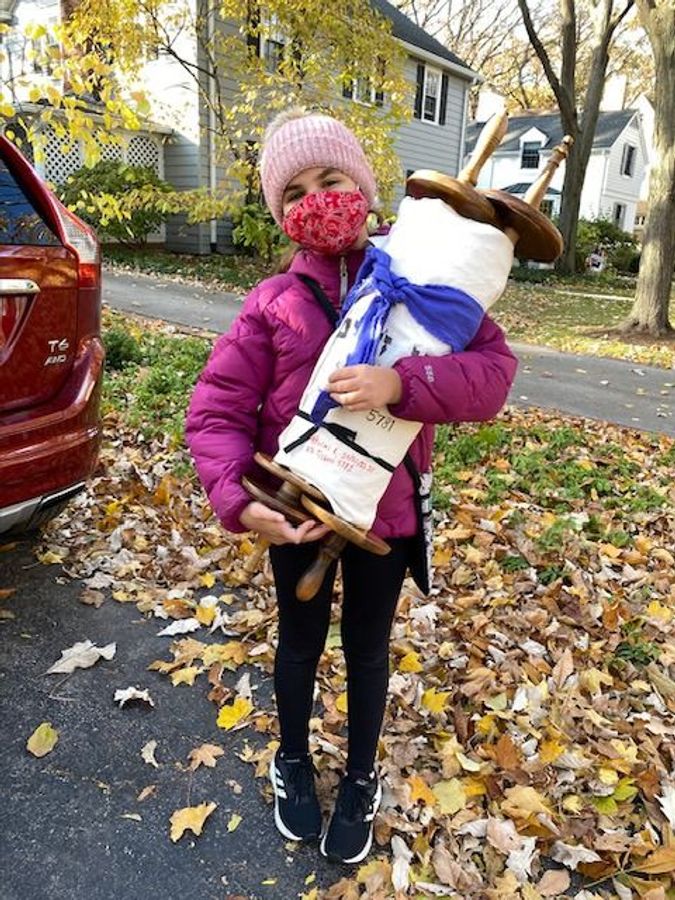 Libby Moreno holding the “class Torah” at her home in October 2020. Rabbi Rachel Weiss, senior rabbi of Jewish Reconstructionist Congregation in Evanston, Ill., created it by sewing together copies of the Torah portions read by the synagogue’s 25 b’nai mitzvah children of the 2020/2021 school year. Courtesy of Rabbi Rachel Weiss

“I’m a calligrapher, and I calligraphed on each page the kids’ names in English and in Hebrew, the name of the parsha and the date of their b’nai mitzvah,” Weiss said, referring to the section of Torah from which the child read.

She sewed the Torah mantle, or cover, from linen, and inscribed the congregation’s logo in fabric markers. “I wanted something that would mark the uniqueness of this year and to bring some joy and celebration to counter the loss of not having their ritual as they had imagined,” she said.

Some Orthodox synagogues are memorializing the pandemic by writing special Yizkor prayers and holding communal Yizkor events to remember those lost to COVID, said Rabbi Adir Posy, the Orthodox Union’s director of community and synagogue services.

And Rabbi Joel Alter of Congregation Beth Israel Ner Tamid, a Conservative synagogue in suburban Milwaukee, said he wrote a special Yizkor prayer that he recited during Passover and later shared with the Rabbinical Assembly.

“It is not particularly about people lost to COVID,” he said. “What I wanted to acknowledge is that because of COVID restrictions all losses experienced during the year were stunted,” he said. Shiva was on Zoom, no matter what a person died of. And as a rabbi, he said, the iconic event of the pandemic was a funeral where the bereaved appointed him as their emissary to perform the mitzvah of burying a parent or spouse.

As the pandemic subsides, congregations memorialize a year of loss and resilience