Suspect arrested in attack on Jews as mayor, Muslim community weigh in

Police have arrested a suspect in connection to the assault on Jewish diners at Sushi Fumi restaurant in the Beverly Grove neighborhood of Los Angeles.

Xavier Pabon, 30, has been booked for assault with a deadly weapon. Pabon was taken into custody at 10:15 p.m. Friday at his home in Banning, just outside Los Angeles. He is believed to be one of the primary suspects in the assault that took place on Tuesday, May 18 just before 10 p.m.

Pabon does not have a criminal history in Riverside County, according to court records.

LAPD has credited the arrest to the many tips they had received.

The initial bail was set at $275,000. LAPD said it requested his bail be enhanced “due to the nature of the crime being motivated by hate.”

“He was ultimately tracked down and taken into custody without incident on the charge of assault with a deadly weapon” said LAPD in its news release.

LAPD is still searching for the other suspects in the assault.

“They asked who is Jewish and after some of the diners said they are, they started beating at them,” said one eyewitness.

“There is simply no place for antisemitism, discrimination, or prejudice of any kind in Los Angeles. And we will never tolerate bigotry and violence in our communities,” said Mayor Eric Garcetti on Twitter. “L.A is a city of belonging, not of hate.”

Witnesses said the attackers had come from a pro-Palestinian march in front of the Federal Building organized in part by Americans Muslims for Palestine.

The group’s West Coast director, Shakeel Syed, told the Forward his group had nothing to do with the attackers.

He pointed out that the protest ended at 3 p.m. at the attack occurred many hours later. The violence came amid a surge in antisemitic incidents sparked by the recent conflict between Israel and Hamas, which ended in a ceasefire Friday. 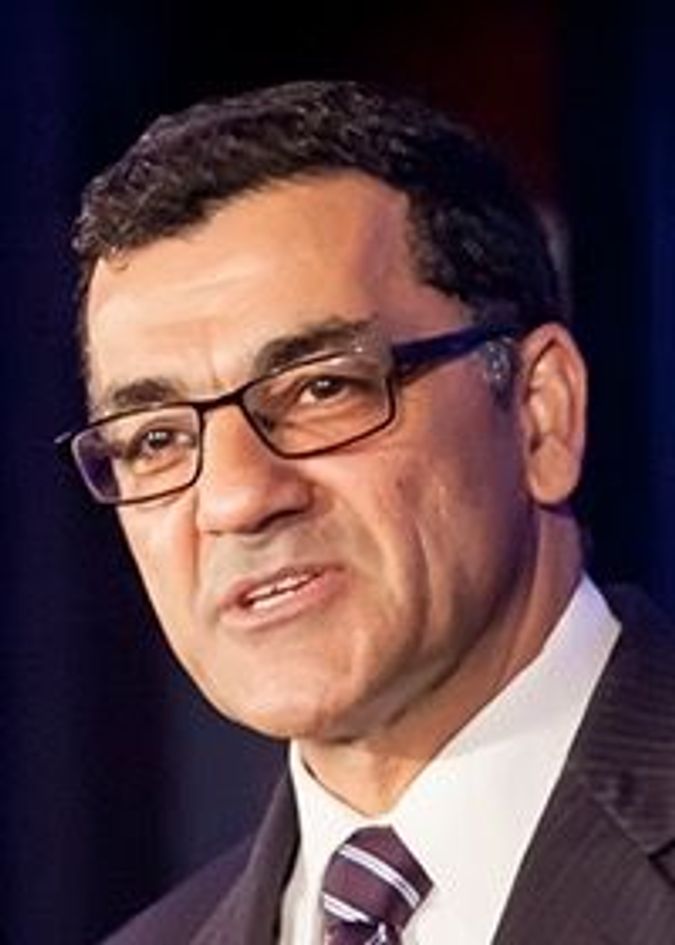 Speaking on KPCC’s “AirTalk” program a day after the attack, Salam al-Marayati, president of the Muslim Pubic Affairs Council strongly denounced the attack. “What we saw on the video is nothing short of thuggery,” he said. “It’s despicable. Those individuals did not represent any of our organizations, and they had nothing to do with the just cause of statehood for the Palestinian people.”

Suspect arrested in attack on Jews as mayor, Muslim community weigh in