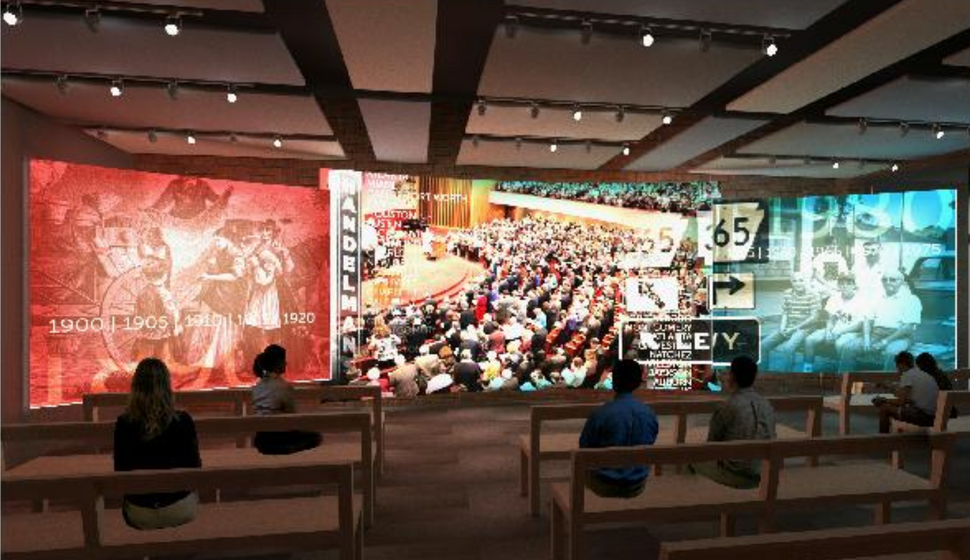 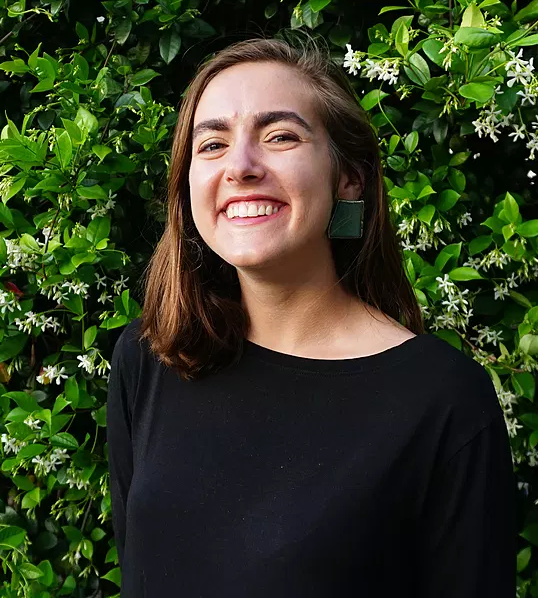 At the new Museum of the Southern Jewish Experience, there’s an ornate Torah crown from a synagogue in Port Gibson, Mississippi, dating back to the 1850s. Walk a few more steps, and there’s a bill of sale for a 12-year-old enslaved girl to a Southern Jewish family in Arkansas.

Yes: growing up Jewish in the South brings with it a host of contradictions. When we hold Passover seders to tell the story of our slavery in ancient Egypt, we are gathering on land where Black people were enslaved in not-so-distant memory. When Holocaust survivors, like my mother’s parents, immigrated here after World War II, they found themselves favored in the Jim Crow system: a racial hierarchy that allowed them to live as white people.

The museum, opening in New Orleans on May 27, makes room for this complexity. It marks moments of antisemitism, like the story of Leo Frank, a Jewish man who was lynched near Atlanta in 1915 after being accused of murdering a young white woman who worked in the factory he supervised. It notes the synagogues in Georgia and Mississippi that advocated for civil rights in the 1950s and 60s and had their buildings bombed in response.

It also highlights the joy and innovation that Jews carved out as strangers in this strange land. A bell from the Jewish-owned Gamm Plantation north of Shreveport. Courtesy of Museum of the Southern Jewish Exerience

The museum tells the long and evolving story of Jewish life in 13 Southern states through artifacts, exhibits, and educational programming. Its very existence is an answer to the question that so many Southern Jews have encountered: “There are really Jews here?” Kenneth Hoffman, the museum’s executive director, is used to that sense of surprise. “We’re looking always for these intersections of Jewish and Southern, and how they’ve been woven together mostly in ways that people have never seen or recognized,” he told me on a recent preview tour of the museum.

The museum takes visitors through Southern Jewish history chronologically. Maps near its entrance trace the journeys of early Jewish immigrants who fled persecution abroad and broke ground on some of the earliest congregations in the yet-established nation. Another map shows the increase in Jewish settlement between 1805 and 1905 across the rural South: dots marking Jewish populations climb up waterways and railroads to newly settled towns where Jews peddled wares and established stores.

Many Jews arrived as merchants; they hadn’t farmed in Europe because they were not allowed to own land. They took on an instrumental role in the Southern economy: in many places, they advanced seed and supplies to planters on credit, with the expectation that planters would then bring in their cotton, rice or sugarcane at the end of the season. Dozens of towns across the South elected Jewish mayors.

Jews established their place in the South during a period of indigenous expulsion and chattel slavery. They did not exist apart from these forces. Jews owned enslaved people and fought for the Confederate Army during the Civil War. The museum displays the Confederate States’ two-dollar bill, which bears the likeness of Judah P. Benjamin: a Jew who ardently defended slavery and served in several high ranking positions within the Confederacy.

The museum does not shy away from these dark episodes.

“This is part of that history that is maybe uncomfortable, and is not a point of pride, but it is part of the history. It’s really important to talk about that,” Hoffman said. “Jews in the South integrated and accommodated and assimilated in a lot of social ways that they were allowed to with other white Southerners. They weren’t on the bottom rung of the social ladder, because African Americans were.”

Duplicates of stained glass windows from synagogues across the South hang in an atrium. Hand-written recipes and fading photographs document the foods that Jewish women developed with the Black cooks they employed, crafted to maintain (or evade) kashrut in this region suffused with treif: think deep-fried matzah balls, barbecue brisket.

As I walked through the centuries, I could trace my own family history.

Here was a Torah scroll and yad from a congregation in Laurel, Mississippi, circa 1925 — around the same time that my father’s grandfather helped found the first and only synagogue in Martinsville, Virginia. Here were affidavits like the ones my mom’s parents received that allowed them to immigrate to Charleston, South Carolina, after the war — a group of people from their Polish hometown, Kaluszyn, were already established there.

Here were tales of Jews moving from rural towns and small cities to the region’s big metros — like both of my parents, who met in Atlanta, where I grew up. Here were photos from the sleep-away camp where I spent summers in North Georgia as a kid. Here were gold-painted bagels thrown by Krewe De Jieux, a group that parades every Carnival season in New Orleans, where I now live. 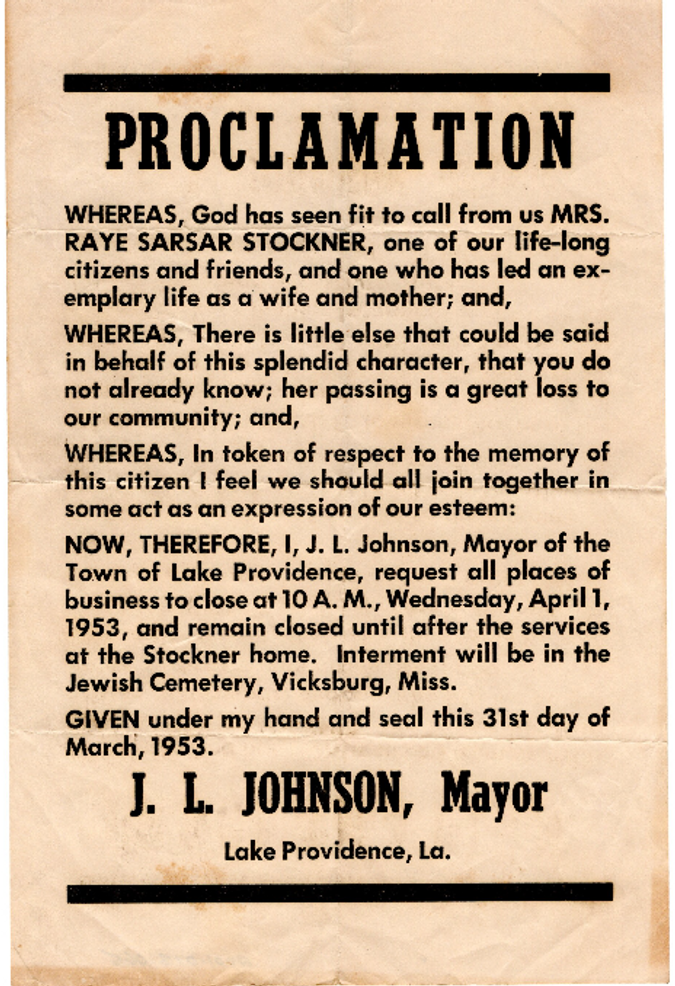 Proclamation in honor of a Jewish resident of Lake Providence, Louisiana Courtesy of MSJE

The last stop at the museum is an interactive exhibit where visitors can create a personal square for a large digital quilt. It’s reminiscent of a multicolored quilt displayed in the museum, made by the Jewish Ladies’ Sewing Circle of Canton, Ms. in 1885, likely raffled off to help raise funds for the town’s synagogue.

To Hoffman, the digital remake stands for the wide variety of Jewish life in the South — something he hopes visitors, Jewish, Southern, both or neither, will appreciate when the museum opens its doors.

“There’s not just one Southern Jewish experience,” he said. “It depends on where you’re living, where you came from, who you are.”

Carly Berlin is the Gulf Coast Correspondent for Southerly, covering ecology, justice and culture from Texas to Florida.