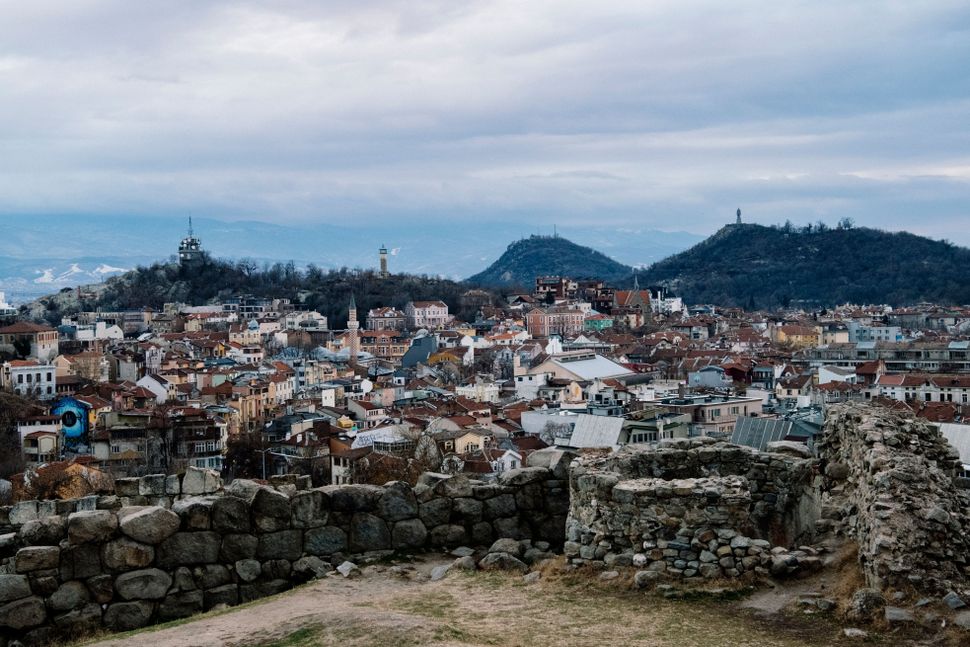 Plovdiv was one of the bulgarian border cities Turkish Jews visited for the vaccines. Image by Getty Images

When Spanish monarchs Ferdinand and Isabella expelled the Jews of the Iberian peninsula, the Ottoman Sultan Beyazid II sent ships to Spain to ferry them to what is today Turkey and welcome them into his empire.

More than 500 years later, the descendants of these Sephardic Turkish Jews have embarked on another potentially life saving journey, but this time it’s their European citizenship they have to thank — passports acquired from Spain and Portugal since 2015, when the two countries began granting them to Jews whose forbears had been banished from those lands in the 1400s.

In recent weeks hundreds of Jews from Istanbul and the coastal city of Izmir have made the trip across the border to neighboring Bulgaria, where they were welcome to receive COVID-19 vaccines.

While the Pfizer-Biontech, Moderna and other vaccines have been made available to almost all Americans by now, that is not the case in Turkey. So far, only the elderly can get vaccinated, and the stock of vaccines largely consists of China’s Sinovac, which has a significantly lower rate of effectiveness than any of its Western counterparts.

Turkish officials have reported that they expect to have some 90 million doses of Pfizer by the end of July. There are more than 15,000 Jews in Turkey, and most of them are Sephardic.

In Bulgaria however, not only are the Western vaccines already available, but there is an apparent surplus — vaccine skepticism among Bulgarians has left many doses unused.

One recent vaccine convoy, on May 14, set out from Istanbul with 40 to 45 cars filled with Turkish Jews headed for Sofia, the Bulgarian capital, as well as Burgas and Plovdiv, two cities not far from the Turkish border, Avlaramoz, a Turkish-Jewish news outlet, reported.

While Bulgarian vaccination sites were open to all, the border of Bulgara, as member of the European Union, was still closed to those without EU citizenship or visas from Schengen zone countries, which include 26 European nations, with open border policies between them.

That barred most Turks from crossing the border to receive vaccines in Bulgaria.

“Only those with double nationality could go,” explained Tali Behar, a Turkish Jew who had travelled to Plovdiv for the shot. Weeks ago, when many Turkish Jews discovered that their Spanish and Portuguese passports could help them get COVID-19 vaccines, the news spread like wildfire through the Jewish community.

“The Jewish community is very well connected,” Behar told the Forward. “By then there were hundreds of emails from people going to Burgas and elsewhere, sending the location of where you can get vaccinated and other information.”

But the unexpected influx of Turks at Bulgarian hospitals in mid-May prompted Bulgarian authorities to bar non-resident EU citizens from new vaccinations. Still, hundreds of Turkish Jews still managed to make the trip before the clampdown, and a few after. Bulgarian authorities have confirmed that those Turks who were able to obtain their first dose in Bulgaria will be welcomed back for their second.

When they applied for Iberian passports, many Turkish Jews saw them as safety nets that would be useful in case antisemitism spiked or the economy declined in Turkey, but no one was thinking of them as a way to obtain a hard-to-get vaccine.

“We didn’t think about it all back then,” Behar recalled. “For me it was most important that I got it for my son, I wanted him to have as many options as he could, especially to work or study in Europe.” Behar said.

“We feel rather privileged to have the second European passport,” Behar added. “With these we feel like we are treated as part of the premier league.”

A more vaccinated Turkish Jewish community also means that a beloved Jewish summer tradition will be able to continue this year: Istanbul’s Jews often spend their vacations the island of Buyukada, one of the so-called Prince’s islands — a chain that sits in the sea of Marmara just 13 miles from Istanbul’s historic center.

“We wanted to have a good summer on the island of Buyukada,” Behar said. Now according to Behar, the joke in Istanbul is that Buyakada will be the safest place in the city, “because the Jews are vaccinated.”