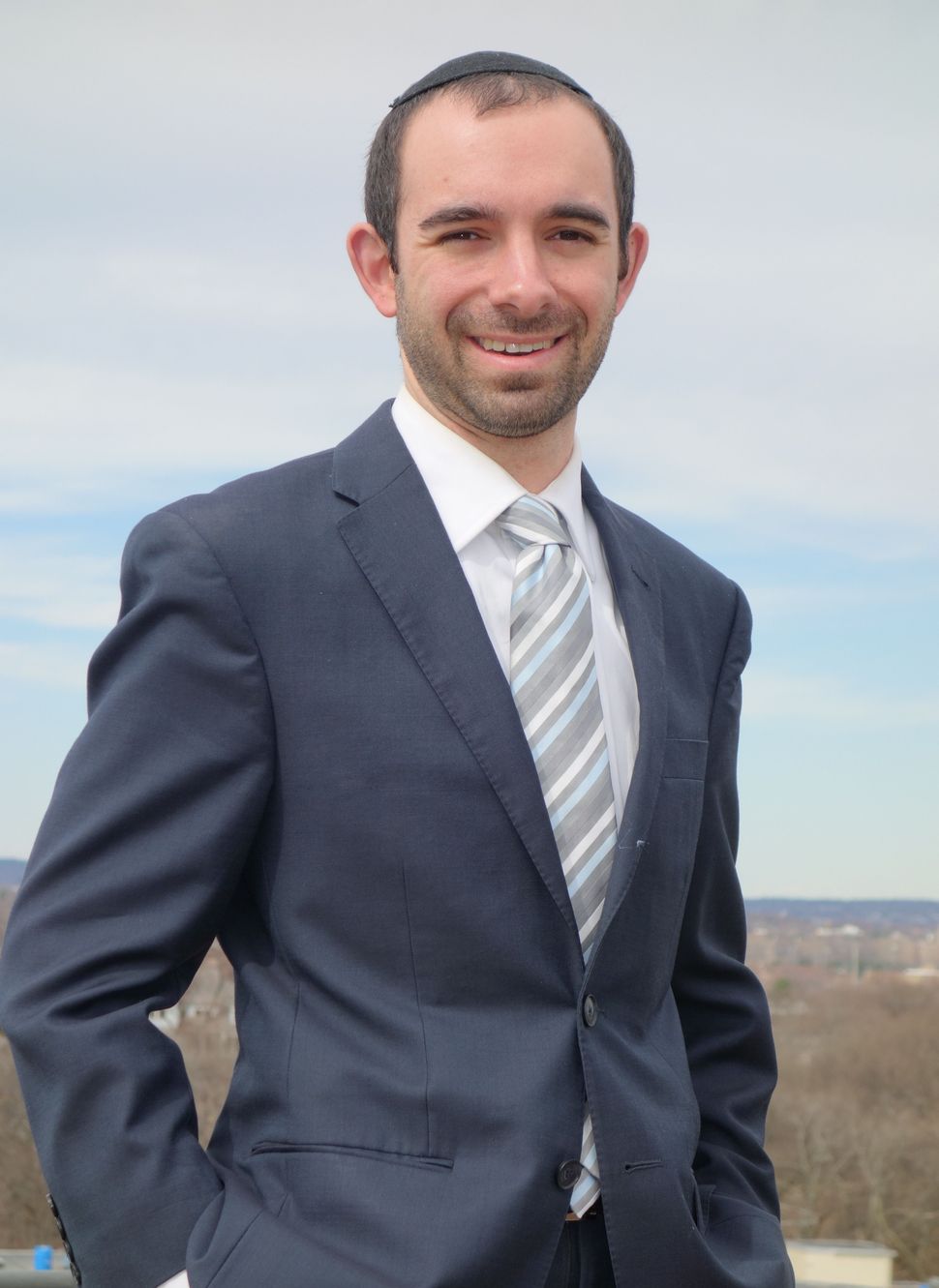 As the incoming president of Gratz College, Zev Eleff says he will build on the Hebrew college’s success in attracting students from across the spectrum of Jewish life and developing new programs to expand its national reach.

Eleff, a 35-year-old scholar of American Jewish history, currently serves as the chief academic officer of Hebrew Theological College and the vice provost of Touro College Illinois, in Skokie, where he is a professor at the Graduate School of Jewish Studies.

“If you want to rejuvenate an institution, you bring in someone young, creative, and energetic,” said Professor Jonathan Sarna, who advised Eleff’s dissertation at Brandeis University. “It will be fascinating to see what Zev will accomplish in bringing Gratz into the 21st century.”

Established in 1895, the Pennsylvania college calls itself the “oldest independent and pluralistic college for Jewish studies in North America.” Eleff says he is committed to its inclusive tradition. “Jews tend to create their own red lines, and Gratz is one of those few institutions that has the ability to navigate beyond that,” he said.

As president, Eleff told the Forward that he plans, among other initiatives, to collaborate with public schools and Jewish day schools, deepen partnerships in the greater Philadelphia area and bolster Gratz’s certificate programs.

He also intends to leverage the college’s national reputation to invite a broader range of students into Jewish studies, and to strengthen its virtual offerings.

“All the great work that’s being done in the American Jewish community right now is being done by people with the forethought to be part of the digital age,” Eleff said.

Unanimously selected by the college’s Board of Governors, Eleff will succeed Prof. Paul Finkelman at the beginning of the 2021-2022 academic year, the college announced on Monday. To ease Eleff’s transition, Finkelman will remain at Gratz after his four-year tenure as president in the newly-created chancellor position.

Gratz, located in Melrose Park, Penn., was the first of a number of Hebrew colleges founded to educate students from Jewish immigrant communities, Finkelman said. The colleges taught Jewish studies and Hebrew long before non-Jewish academic institutions, he said.

Since Jewish studies has entered the mainstream of academic disciplines, the Hebrew colleges have needed to adapt. While most of its peer institutions have since merged with secular universities, become rabbinical colleges, or closed down entirely, Gratz found different niches, first as a school for educators, and then in online learning, Finkelman said.

Over the past four years, the college’s enrollment has grown by 35%. Operating as a 90% online institution before the pandemic, Gratz expanded its offerings to include a doctorate in Holocaust and Genocide Studies, certificates in interfaith leadership, and dual credit courses for high school students. Gratz’s largest program is its non-denominational Master’s in Education, which draws an international cohort of both Jewish and non-Jewish students, Finkelman said.

Eleff said he is inspired by the college’s ability to adapt to changing times and students’ needs.“What Gratz has done, maybe better than any other of its peer institutions, is seize the moment and redirect,” Eleff said, “to stay the same color but change in shape.”

Ruth Sandberg, a professor at Gratz College who served on the presidential search committee, said she’s impressed with Eleff’s capacity to deepen the college’s foundation in Jewish studies while expanding secular programs and outreach. “We were looking for somebody who would continue to strengthen the two-pronged approach we have as a historically Jewish college,” she said.

Eleff was born in Philadelphia and raised in Baltimore. His parents—a doctor and a lawyer who both attended the University of Pennsylvania—were among the founding members of Yeshivat Rambam, a progressive Orthodox Yeshiva where Eleff began school.

Eleff attributes his interest in pluralism in part to his upbringing in the Baltimore Jewish community. “It’s a community in which people of different religious stripes coexist, and they become partners with one another,” he said.

Raised Modern Orthodox, Eleff’s academic and professional trajectory has spanned Judaism’s movements. While working toward rabbinic ordination at Yeshiva University, Eleff was concurrently enrolled in Columbia Teachers College, where he received his master’s in education. He then earned his Ph.D. in American Jewish history from Brandeis University.

“Zev is somebody who busts a lot of stereotypes,” said Sarna. “People look at him and imagine one thing, and then they read his work and realize his breadth.”

“It’s been a very charmed career so far,” Eleff said, “mostly because of my teachers.”

In addition to writing or editing nine books, Eleff has published more than 50 scholarly articles. During the pandemic, Eleff hosted a series of virtual conversations with scholars of American Jewish history that he posted to YouTube.

When Eleff and his wife told their three young children about their upcoming move to Philadelphia, his son wondered why. “We’re going to go help the Jewish people,” Eleff replied. “Just the Jewish people?” his daughter asked. “You’re right,” Eleff said, “Let’s try to help everybody.”