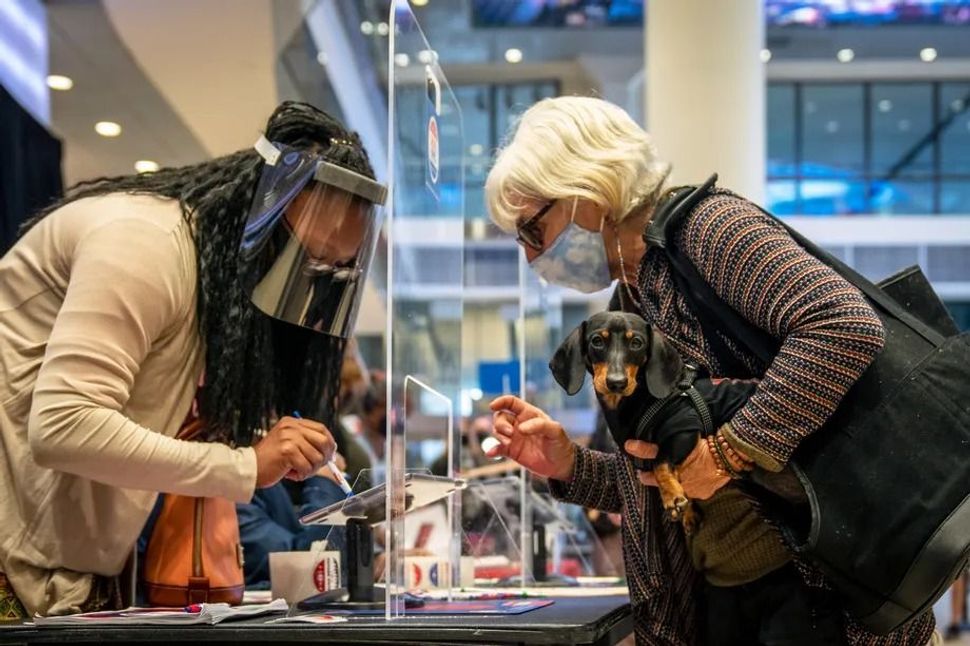 This story was originally published on June 1, 2021, by THE CITY. Sign up here to get the latest stories from THE CITY delivered to you each morning.”

Many of the questions we’ve received lately about ranked choice voting have been about the process of tallying votes and when we’ll know who won the primary races set for June 22.

As Maricela in Brooklyn asked: “How will ranked choice ballots be counted? And how long will it take?”

In the City Council special elections that took place this spring, the ranked-choice ballots had to be counted by hand. As you can imagine, it was a lot of work.

But that’s not expected to be the case for this month’s local primary election. The state Board of Elections has approved the tabulation software the city will use to make the whole process hopefully run smoothly.

This week, we’re sharing everything we know about how the votes will be counted, when we can expect to know the election results — and why it will be weeks after June 22.

How long will it take to tally the ranked choice votes?

Thanks to the software, counting votes should be a quick process. New York will be using the same software that has been used in places like Utah and Michigan to successfully count ranked choice votes.

Susan Lerner, the executive director of Common Cause New York, said that even though counting ranked choice ballots may seem complicated, the software does all the math automatically.

“I know that there’s been a lot of confusion and concern because it takes us longer as humans to think through the rounds, but the actual counting of the rounds is like any other computer programming,” she said. “It’s almost instantaneous.”

But just because the software is quick doesn’t mean we’ll know the results right away.

What will we know on primary night?

The Board of Elections will release the unofficial “first-round” results. These results will be based on voters’ first ranked choice on their ballots for in-person votes, which includes early voting and Primary Day voting, but doesn’t include absentee ballots.

We’ll also know how many absentee ballots were requested and how many were returned as of June 22.

And that’s different from other years?

The Board of Elections has generally released the unofficial, preliminary results on election night.

But because of the way ranked choice votes need to be counted plus an increase in the use of absentee ballots under the special pandemic universal access, the primary-night results might be much less illuminating than in past elections.

In a ranked choice election, a candidate needs at least 50% of the votes to win. In contests with many candidates, including the mayor’s race, it’s unlikely that a single candidate will get more than 50% of first-choice votes in the first round of counting.

Plus the results could change a lot after including absentee ballots as well as “affidavit ballots” voters can cast when their registration can’t be validated at their poll site.

“COVID changed the game in that respect,” said Allie Swatek, director of policy and research for the city Campaign Finance Board.

As of last week, more than 125,000 voters had requested an absentee ballot for the June 22 primary, which is more than four times the 29,928 absentee ballots that were cast in the 2017 mayor’s race. (You can request one before June 15!)

OK. When will we know the results?

Voters can expect to know all the official primary results sometime during the week of July 12. That’s about three weeks after the primary.

New York State has laws to make sure all votes, including absentee and affidavit votes, are verified and counted, which adds time to the process. Voting rights groups advocated for these laws to protect voters.

“The delay is about counting every vote, that’s a positive thing,” said Jan Combopiano, an organizer with Brooklyn Voters Alliance.

Frederic Umane, president of the city Board of Elections, said during a public meeting last week: “In order to do this process in the best way, we need to balance the public’s right to know who won the election and the individual’s right to cast absentee and affidavit ballots that will be counted and counted in an anonymous manner.”

In New York, absentee ballots with a postmark on the day of an election have seven days after the election to get to a Board of Elections office to be counted. State lawmakers created this seven-day buffer to prevent someone’s ballot from being thrown out if the mail was delayed for any reason.

Last year, lawmakers added an additional protection to make sure every absentee vote counts. It’s called the “curing” process, which gives voters a chance to make a correction for certain errors. For instance, as part of voting absentee or voting by mail, voters need to sign the envelope they seal their ballot in. In the past, ballots without a signature would get thrown out and not count.

In last June’s presidential primary election, more than 80,000 absentee ballots were tossed because of a signature error.

With the curing process, the Board of Elections will call, text and send a letter to the voter, who will then have seven days to fix their ballot.

The Board of Elections can’t do an official tally of ranked-choice ballots until it has all of the ballots to know who everyone’s first choice was. That means the official count can’t start until all the absentee and affidavit ballots are processed in the required timeline.

Lerner from Common Cause said: “These things take time, but they’re really important. We want to be sure that the votes come from eligible voters and that eligible voters aren’t needlessly disenfranchised.”

Let’s break down how this affects the June primary:

Is there anything else that could hold up the votes?

We’ll most likely know the official results by mid-July, unless any candidates or campaigns object to certain absentee ballots. That’s a practice that some campaigns have used in the past to help their candidate win, says Lerner of Common Cause, and it could further delay the election results.

OK, back to ranked choice voting: How do we know who wins?

Under New York City’s law, the winner is the candidate who receives the majority of votes when just two contenders remain in the count and the rest have been eliminated.

Ballots are tallied by counting every voter’s first choice, or who each voter ranked number one on their ballot.

After counting everyone’s first choice, it’s likely that no one will have 50% of the votes yet in crowded contests like the mayor’s race. In the past, someone could win a New York City primary with a plurality of 40% or more, which means they definitely got more votes than other candidates, but not a majority. That’s not the case anymore.

The ballots are counted in rounds.

After tallying everyone’s first choice, the counting software will figure out who came in last place based on voters’ first choices.

The counting software is expected to do all the math. But, again, it could take a long time because the counting can’t officially start until all the votes are in.

How many rounds will take place in this election?

The ranked choice software is going to count the ballots in all the rounds until it comes down to just two candidates, because that’s how the city’s ranked choice voting law is set up.

“We’re just going down to two to simulate a run-off election,” Swatek of the Campaign Finance Board said. “So the person who wins can know exactly how many people voted for them, and to see who the top two vote getters were.”

Will the breakdown of the ranking be made available to the public?

After the special elections in The Bronx and Queens earlier this year, the Board of Elections made the rankings available in PDFs and Excel files with the round totals, as well as a graph for the Queens District 31 rounds showing who was eliminated in each round. The totals were for the entire Council district, and not broken down to the super local level of Election District.

It’s still unclear how the board plans to release the results of the rankings this time, but in a public meeting last week commissioners said there would be more details and a timeline soon.

Umane, the president of the city Board of Elections, said the board would release the more granular, full individual voting records upon request.

The BOE is expected to provide more details about how it will share the results of each ranked choice round, in what format and to whom in the coming weeks. We’ll keep you posted when we know more.

Vote for your genuine favorites, in your order of preference. Don’t try to game the system and guess who has the best chance. Just vote for whom you like in the order that you like them. There’s no risk of losing your vote, because if your favorite is knocked out, your vote will go to your second favorite, and so on.