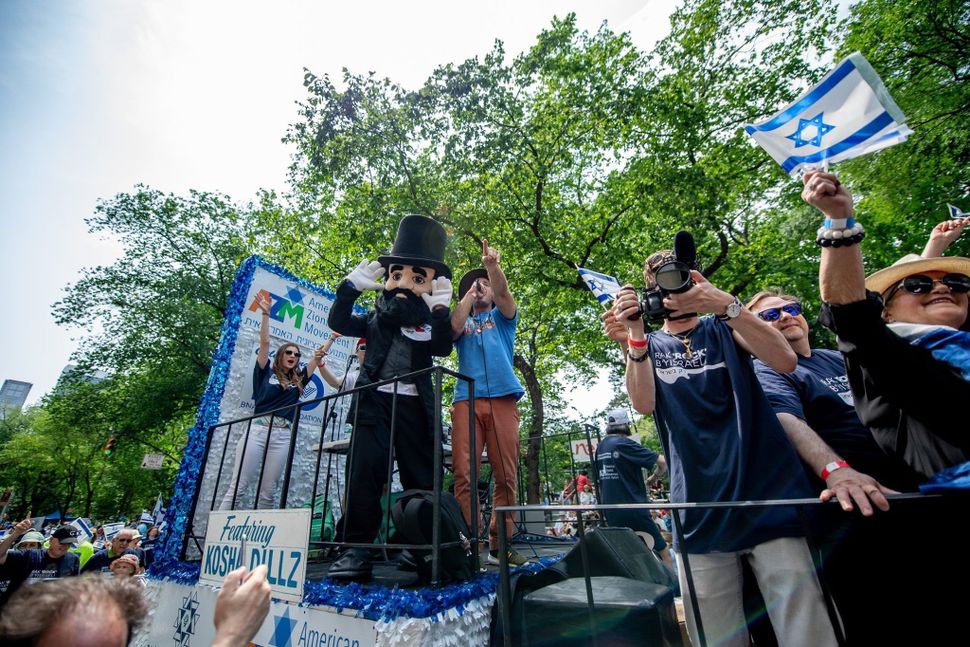 The American Zionist Movement named new leadership at its national assembly Tuesday, following months of rancor over the composition of its board. Deborah S. Isaac was elected as the umbrella group’s first female president and Michael Laufer will serve as the new board chair.

“There is only one place in the entire world that will protect Jews no matter where we are regardless of our status as citizen or non-citizen,” Isaac said in her inaugural remarks as president. “We must celebrate and elevate Israel with every fiber of our being.”

Isaac will take over at a pivotal time for the AZM as she replaces Richard Heideman, who reinvigorated the organization during his four years as president but became a polarizing figure in his final year on the job. Heideman promoted a platform called “Zionism Forward” — a forceful defense of Jewish nationalism — and oversaw the admission of more than 10 new groups into the 39-member organization. Heideman also expanded the American Zionist Movement’s mandate to include fighting antisemitism, which he grouped with anti-Zionism.

“We find ourselves in a chess match of hatred,” Heideman said after he was reelected president in 2019. “We must defend our people, our heritage and our good name.”

But Heideman, a past president of B’nai B’rith International, also clashed with progressive groups within the Zionist coalition. While there was an initial dispute last summer over Heideman’s appointment of Lauri Regan, board member of a conservative think tank, to lead a new AZM committee focused on antisemitism, the divisions between Heideman and liberal Zionist groups like Ameinu came to a head this winter after J Street was effectively barred from joining the coalition.

Heideman said he followed proper protocol in considering the liberal pro-Israel organization’s application, but a clutch of progressive member-groups like by Ameinu president Kenneth Bob claimed that Heideman stalled J Street’s membership bid until enough new, conservative board members could be seated to block its admission. J Street ultimately withdrew its application in May after the board’s balance of power shifted to the right.

Despite the board’s rightward drift, Laufer, the new chair, is affiliated with the relatively liberal Association of Reform Zionists of America, which pushed hard for J Street’s admission to the coalition. He replaces Francine Stein.

Isaac, the new president, is a former leader of AMIT, an educational network in Israel that operates schools providing religious and secular education to Jewish students mostly from disadvantaged backgrounds.

The American Zionist Movement is the U.S. affiliate of the World Zionist Organization and aims to provide a forum for Zionist groups from across the ideological spectrum to develop advocacy campaigns and educational materials about Zionism and Israel. Its budget is around $500,000 per year, according to recent tax filings.