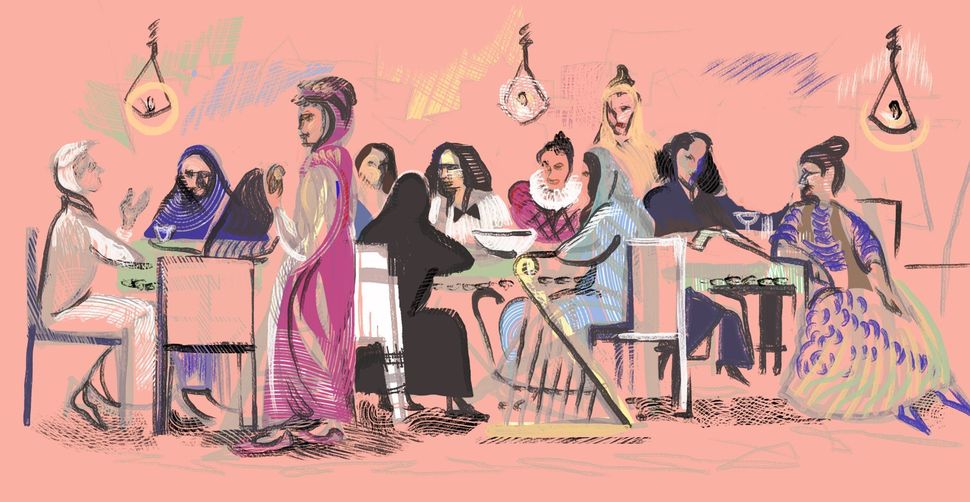 The Jewish Women’s Archive on Thursday published a new edition of its encyclopedia that will add over 180 new entries to the 2,020 existing ones, an effort its editors hope will introduce readers to a greater diversity of Jewish women who have made their mark on history.

(The Forward, given a sneak peek, chose five favorites from the new entries. See them below.)

“One of our big goals was to incorporate material on groups and topics that had been underrepresented in previous versions because there had been less scholarship,” said Judith Rosenbaum, CEO of the archive. “So many people use the encyclopedia from all over the world, and this edition worked on understanding that global audience more.”

Used by more than a million readers each year from more than 230 countries around the world, JWA is widely considered to be the key source of information on female Jewish historical figures and current leaders. It is also, said Rosenbaum, a source of inspiration.

“You need role models, you need to have a history that you see yourself reflected in,” she said. “There is a very, very long history of Jewish women’s activism and leadership and resilience and creativity, and we’re bringing these stories out and making them accessible in a new way.”

Another goal of this edition, which is only available online, is to incorporate more media elements into its entries. Following the original publication of its two thick red book volumes in 1997, the encyclopedia has updated past essays with new photographs and videos when possible.

Editor Jennifer Sartori explained that another key focus for the editorial board’s 60 scholars was to take a more nuanced approach to gender, which is aided by the archive’s flexibility to make ongoing changes to its online edition.

“In 1997 when the first edition came out the word ‘woman’ was taken as a given, but now conceptions of gender are being brought about in a much more fluid way,” Sartori said. “We also understand that gender identity can shift and that’s part of what’s challenging about this. There may be people who we include now who years down the road say ‘actually this isn’t where I feel comfortable fitting anymore,’ and thankfully this is an online encyclopedia so we’ll be able to make those changes.”

The edition will also take on a new name as the Shalvi/Hyman Encyclopedia of Jewish Women to honor the Israeli feminist Alice Shalvi; her husband Moshe Shalvi, the encyclopedia’s late publisher; and one of its original editors, the late Paula E. Hyman.

JWA began work on the new edition in 2017, following its last update in 2006, which was made available online in 2009. Part of the process included editing 350 existing entries that required updates. In addition to Thursday’s release, the team has a list of over 1,000 entries they’re working on, with at least 75 set to publish on an ongoing basis this year. The process took additional time over the last year and a half due because of the pandemic.

“There are some things that we had probably intended to add but a lot of authors ended up having to push back their deadlines because they couldn’t get into archives or libraries that they needed to do their research, or they couldn’t even get into their offices, their universities, or they were taking care of three kids’ homeschool activities. There were definitely things that got delayed,” Sartori said.

For Rosenbaum, the edition has a special personal connection— the ‘Hyman’ in the Shalvi/Hyman Encyclopedia of Jewish Women is a tribute to her mother.

“I also felt like it’s part of my mother’s legacy and so on that level, it was also really important to me that it remained a relevant resource,” she said.

Here are five of the Forward’s favorites entries, all new to the encyclopedia and abbreviated by Rosenbaum and Sartori.

Judith (Judy) E. Heumann, a founder of the disability rights movement, is known worldwide as a leader of the disability rights community. She has been instrumental in the development in disability rights legislation, such as the Americans with Disabilities Act (ADA), the Individuals with Education Act, and the UN Convention on the Rights of Persons with Disabilities. In 1977, she led a 26-day takeover of a San Francisco federal building. The protest led to implementation of federal legislation (Section 504 of the Rehabilitation Act of 1973), a precursor of the Americans with Disabilities Act. Heumann is the author with Kristen Joiner of Being Heumann: An Unrepentant Memoir of a Disability Rights Activist. She is featured in the award-winning Netflix documentary Crip Camp. 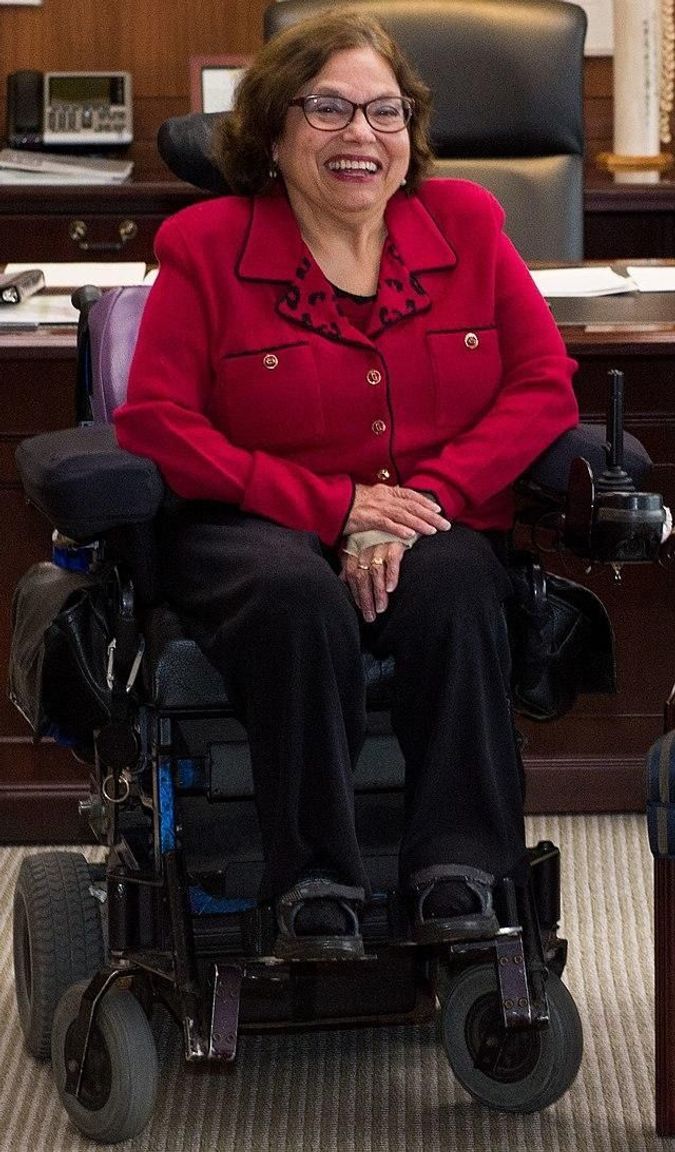 The ivory miniatures of Sarah Rodrigues Brandon and her brother Isaac Lopez Brandon (1792-1855) are among the rarest portraits of Jews at American Jewish Historical Society, as they are the earliest known depictions of multiracial American Jews. Today, multiracial Jews make up about 12% of the U.S. population. Sarah’s history provides a unique opportunity to better understand the early lives of racially ambiguous Jewish women. Jewish women with African ancestry often faced prejudice from society in general and from European Jews. Ultimately Sarah triumphed against these prejudices and obtained privileges for herself and her children. Other women, however, were not as lucky and faced more difficult lives as second-class citizens.

Katherine (Kate) Vandam Bornstein is a pathbreaking transgender lesbian activist, theorist, and performance artist. Known for tackling social ills and personal pain with joyful optimism, she asserts that “real gender freedom starts with fun!” (Bornstein 2016, 87). This playful style infuses her website and even the title of her memoir, A Queer and Pleasant Danger: The True Story of a Nice Jewish Boy Who Joins the Church of Scientology and Leaves Twelve Years Later to Become the Lovely Lady She Is Today (2012). 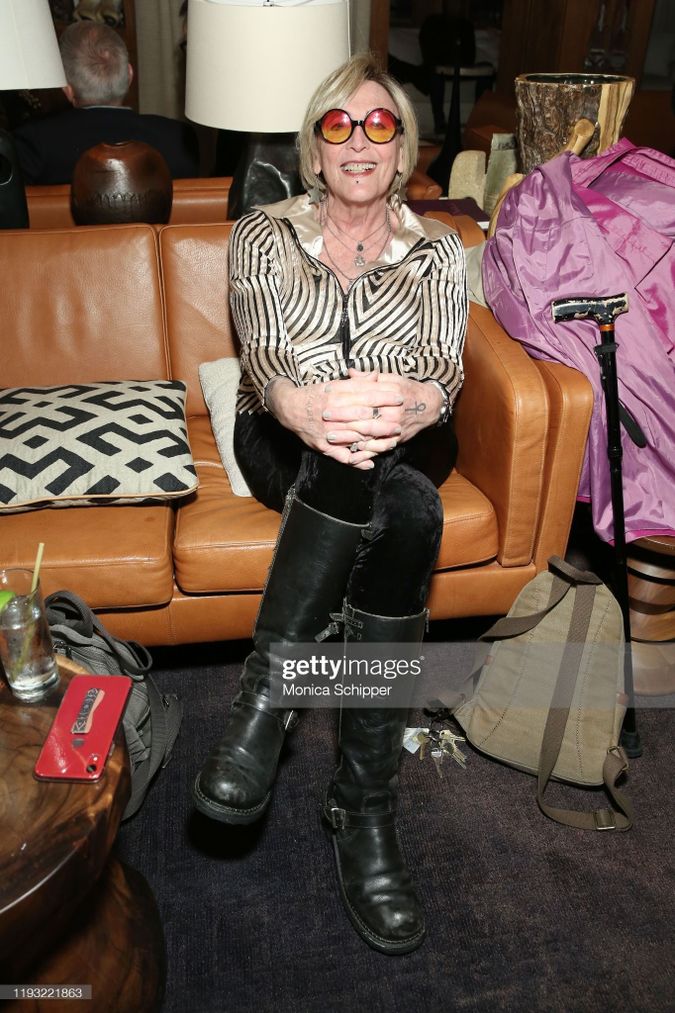 Bernice (Bunny) Sandler was an education expert whose feminist activism led to the passage of Title IX of the Education Amendments Act of 1972, the federal policy that mandates sex equality in educational institutions that receive federal funding. Sandler had initially researched the legality of sex discrimination in education after being denied an academic job in the late 1960s, and she worked with U.S legislators to create the framework for Title IX. After the passage and implementation of Title IX, she continued her groundbreaking work on issues of gender, sex, racial, and ethnic equality. Sandler theorized the concepts of “chilly climate” and “gang rape” to frame these problems as structural discriminations toward women.

Esther Brandeau | Jacques La Fargue (c. 1718 – ?): a story at the intersection of gender and religion

Esther Brandeau was born in southwestern France around 1718, descended from exiles of the Inquisition in Iberia. A record of interrogation accounts for Brandeau’s passing as Christian and male across France for five years before setting sail as Jacques La Fargue from La Rochelle, France. Doubly outed at or en route to Québec, Brandeau/La Fargue was ultimately deported from New France, purportedly for refusing to convert to Christianity. Stories of female-to-male passing and Jewish to Christian passing among Sephardic Jewish people in Iberia and its diaspora were not uncommon in early modern Europe. The story spread, almost exclusively in Canada. Its power lies at the intersection of what and how we (do not) know, and why and when we tell.