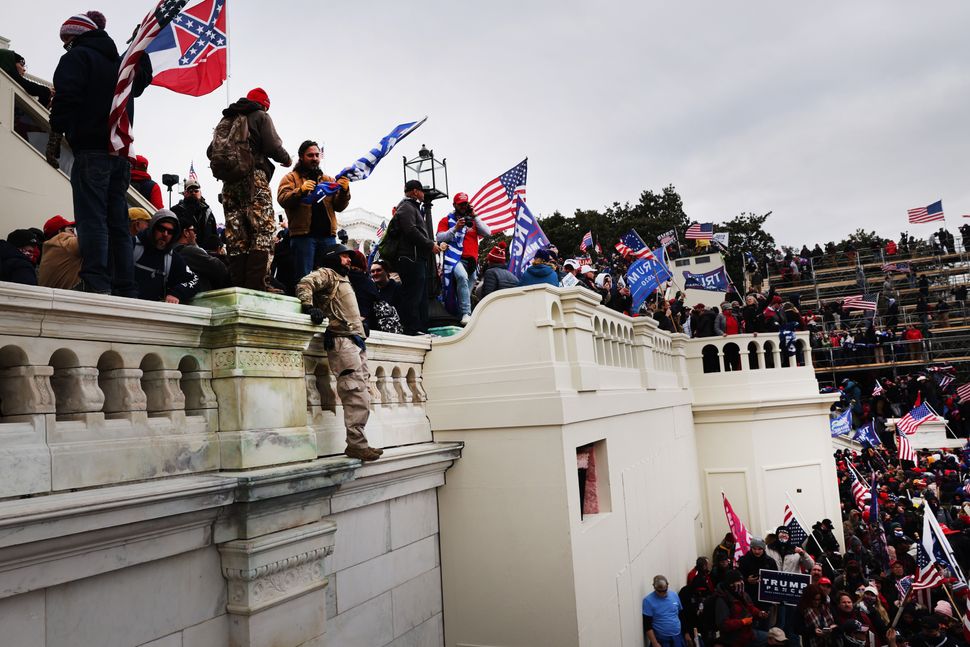 Antisemitic, white nationalist and insurrectionist organizations are lining their pockets with unpaid taxes, according to a new report by the Anti-Defamation League released Monday.

These groups have established more than 30 nonprofit organizations exempt from state and federal income and unemployment taxes, and in some cases, property taxes, state income taxes, sales taxes and employment taxes, according to the report, released by the ADL’s Center on Extremism.

“Groups that advance hate and extremism have been far too successful at obtaining tax-exempt status, including by potentially misrepresenting the nature of what they do in their filings with the IRS,” said the head of the ADL, Jonathan Greenblatt, in a letter to the IRS last week. “Tax exemption is a privilege reserved for organizations that serve the public good, not for those that perpetuate hate and violence.”

Organizations like the Oath Keepers Educational Foundation, which benefits the far-right anti-government group that appeared in force at the Jan. 6 Capitol insurrection, are able to claim tax-exempt status by apparently misleading the IRS in the stated purposes of their organizations, masking violent or extremist activity. For example, the Oath Keepers Educational Foundation claims it aims to “give veterans an opportunity for continued involvement in community service,” said the report.

Others, like VDARE — an anti-immigrant and white-supremacist website that has published work by Kevin MacDonald, an antisemite who has written that “Jews won the culture war” — have created nonprofits that appear to exist for the enrichment of their leaders. The VDARE Foundation lists its founder, Peter Brimelow, as both a director and an officer, and as an independent contractor rather than as an employee of the foundation — and he was paid $345,364 in 2019, according to the report.

The affiliated nonprofit for the American Freedom Defense Initiative, an Islamophobic group infamous for its inflammatory public transit ads, reported a net loss of $220,009 in 2019, while the president, Pamela Geller, reported more than $257,760 in compensation, said the report.

Some groups also appear to have used their nonprofits as loan pools for interested parties — for example, the American Freedom Law Center, whose founder suggested making Islam Illegal and deporting Muslims and “non-Western, non-Christian people,” gave both its co-presidents loans, one for $100,000 and the other for $5,666, said the report.

Not featured in the report are other benefits allowed to tax-exempt organizations: Payroll Protection Program loans during the pandemic.

For example, the American Feedom Law Center got $63,634 and Proclaiming Justice to the Nations, an anti-Muslim group, received $56,391.

In January, Ron Wyden, a Democrat from Oregon and the chairman of the Senate’s finance committee, asked the IRS to look into which tax-exempt organizations were “directly involved in planning or inciting the Capitol insurrection.”

“Organizations that fail to provide for the public good, or worse — incite insurrection and violence at the core of our democracy — must not be allowed to remain in operation,” he wrote.