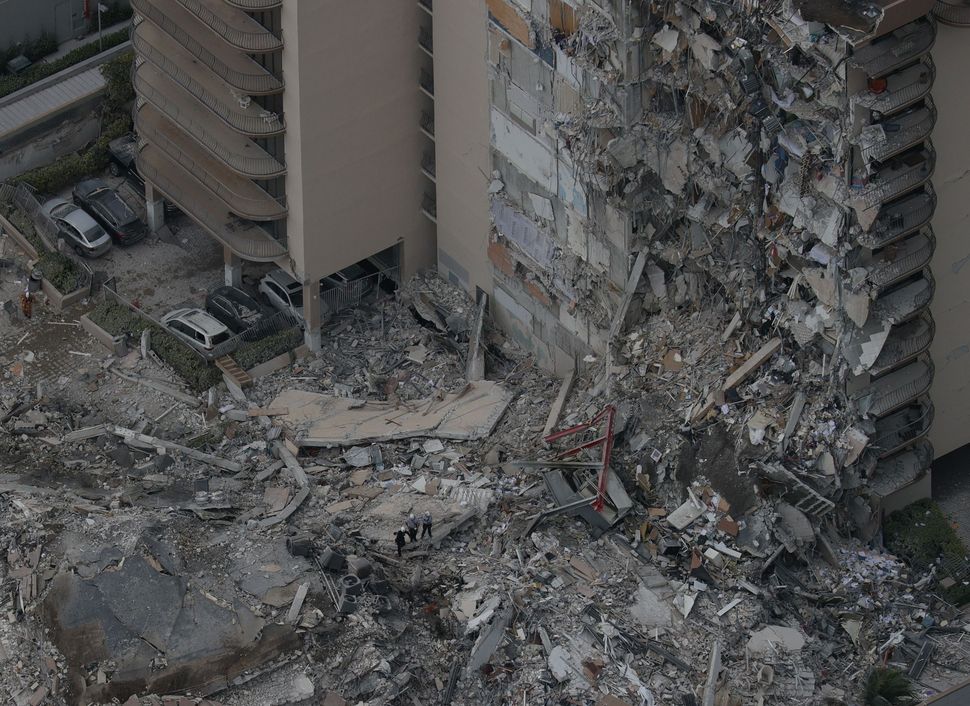 A Miami rabbi who is providing spiritual support to grieving families near the Surfside, Fla., disaster site estimated that at least 50 Jewish people — and perhaps many more — are missing after Thursday’s collapse of the condominium tower.

Rabbi Julie Jacobs leads Beth David Congregation, an unaffiliated synagogue in Miami where Miami-Dade County Mayor Daniella Levine Cava is a member. Jacobs is part of a rotation of rabbis — representing the spectrum of Jewish practice – who are available 24/7 at the center officials have set up for relatives of the 156 people who remain missing.

Jacobs said she is heartened by how the Jewish response to the crisis has brought clergy and other volunteers together across denominations.

“It’s kind of interwoven,” she said.

The misheberach list — Hebrew names for inclusion in prayers — has stretched past 40, with names from nearly every corner of a Miami Jewish community known for its diversity. Jacobs said she believes the list is incomplete and has redundancies.

Four days into the search efforts, the smoking pile of debris where a 13-story building once stood has yielded just one survivor, a teenager who was rescued early on Thursday. Nine bodies have been discovered, four of whom have been named.

None of Jacobs’ congregants were in the Champlain Towers South when it collapsed just after midnight on June 24. But she said that many in the Beth David community were connected to the tragedy, including a Zoom coordinator for the synagogue whose college roommate was among the missing.

“Everybody knew somebody,” said Jacobs, who is also a cantor and serves on the executive board of the Cantors Assembly, which is affiliated with the Conservative movement.

With hopes diminishing for finding people alive in the wreckage, the rabbis are thinking through logistics for a worst-case scenario that few had ever imagined. As the first responders continue to look for signs of life, others are attending to those who wait, and helping to prepare a community still in shock from the suddenness and magnitude of the destruction.

A Jewish funeral home is donating burial plots. El Al is donating plane tickets. And rabbis from across Jewish denominations remain on call. Jacobs said she spent most of her time Friday at the what officials call the “reunification center” — a notion that seems increasingly remote — with non-Jewish people, before spending Shabbat with her congregation.

At the center, which moved over the weekend from a youth center to a hotel, family members are clinging to the scant information that comes in every few hours.

“People are feeding off any kind of knowledge they can get,” Jacobs said.

Surfside, a town of about 5,600 on the north end of Miami Beach, is home to a large, diverse Orthodox Jewish community that is served by a Young Israel and a Chabad known as The Shul. Many of the area’s Jewish residents were immigrants from Latin America.

That Jewish people from across South Florida, not just Orthodox and not only Latin American, were touched by the crisis spoke to the unique interconnectedness of the community, Jacobs said, crediting the Miami Jewish Federation as the unifying body. 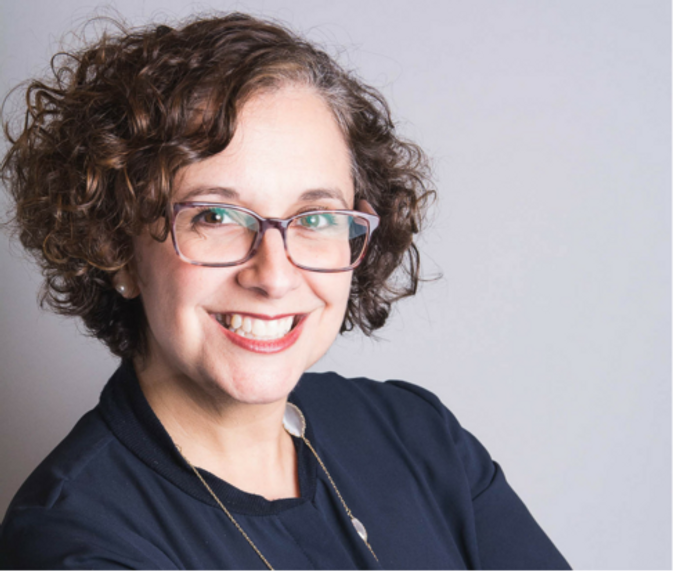 In Miami, Jacobs said, a synagogue relations committee, a rabbinical association and other community-building groups under the Federation ensure Jews from all denominations are working together and meeting each other. The community’s leaders also collaborate on projects and programs across denominations, including a Passover haggadah and a trip to Israel in the aftermath of the recent Gaza-Israel crisis.

Now, they are all pitching in to support each other, with increasing uncertainty and dread.

“We’re all the same when it comes to this situation,” Jacobs said. “You don’t ask, you just do.”