Were southern Jews in the civil rights era ‘inside agitators?’ 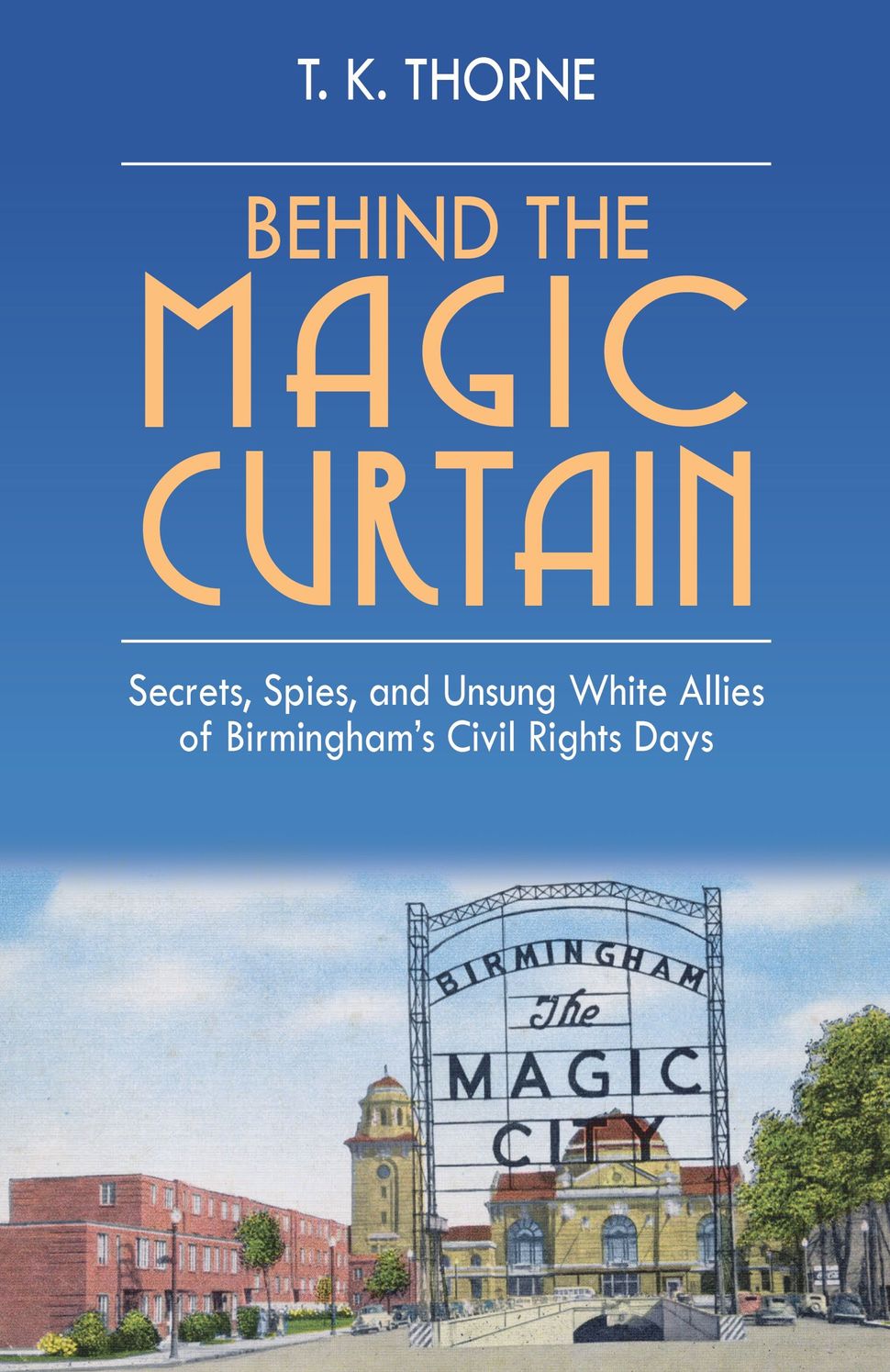 In her introduction, Thorne quotes Larry Brooks, editor and publisher of Southern Jewish Life magazine, who observed in 2015 that, despite “shorthand notions that ‘Jews marched with Blacks in the South’ on one hand, or ‘Jews in the South didn’t do anything to help’ on the other, the reality is much more of a gray area.”

Thorne, 69, who is Jewish and a retired Birmingham police captain, focuses on that gray area. Coming when it does in the Black Lives Matter era, it is a timely reminder of the long history of Jews and Blacks struggling together for racial justice. 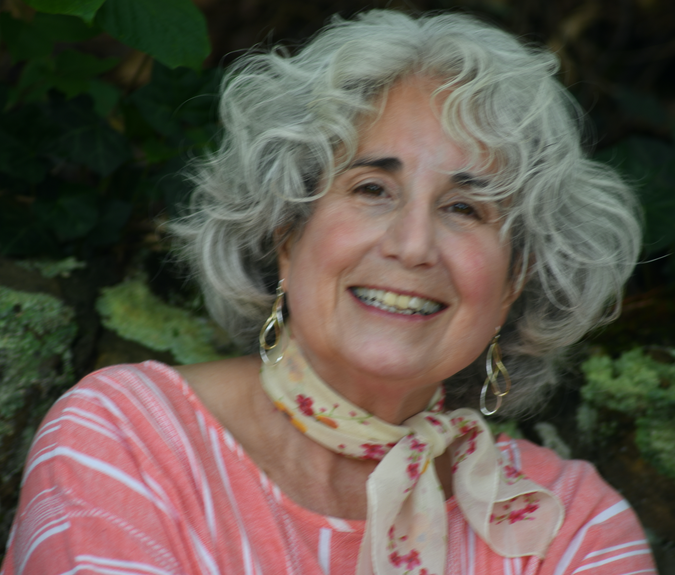 Mark Pinsky: As the civil rights movement erupted, the trope of conservative white Southerners was that everything was fine between the races until the established order was upset by the arrival of “outside agitators.” Many of these were Jews who came down from the North. But your book suggests that many Southern Jews were in fact “inside agitators” for racial equality. Is that a stretch?

T. K. Thorne: Not a stretch. That’s exactly what I found.

Rabbi Milton Grafman, of Temple Emanu-El, was upfront and constant in his talk about civil rights. In one case, he initiated an effort to lobby the city to withdraw the Ku Klux Klan’s permit for a booth at the state fair. Karl Friedman, a prominent attorney, raised money for the NAACP and helped on some of their legal briefs. Friedman was involved in creating an integrated bank, to reduce the power of white banks to retaliate and pressure Black supporters of civil rights and to give access to Blacks to loans and banking services. As a result, a bullet was fired through his living room window and a racist message was burned onto his front yard.

Another attorney, Abe Berkowitz, lobbied the state legislature to revoke the Klan’s state charter. He had Black clients, and was also intensely involved in the effort t to get rid of the racist police commissioner “Bull” Connor.

What about Birmingham’s Jewish women?

Dorah Heyman Stern led an effort to investigate and push for reform in the prisons (where mostly blacks were incarcerated) and to establish a hospital that treated patients regardless of their race or ability to pay; Anny Kraus persuaded professors at University in Birmingham (now UAB) to donate science lab equipment to local a Black college; Betty Loeb made the Klan’s Rogue Gallery for her activism, and Gertrude Goldstein, traveled with the Siegels, Krauses and Baers and others whites to Selma in 1965 before Bloody Sunday, marching past angry Klansmen armed with bats to make a public statement on the county courthouse steps in support of the Black activists fighting for the right to register and vote.

In one chapter of the book, which you title “The Invasion of the Rabbis,” you recount a rainy, early morning airport confrontation between Abe Berkowitz and 19 New York rabbis, led by Richard Rubenstein. They had come down from the North with other Jewish clergy and activists to support the civil rights demonstrators.

Yes, local Jews were at that moment involved in delicate negotiations between the local business community and city government to find a peaceful resolution to the racial issues. Abe Berkowitz tried to get Rubenstein to get back on the plane, or to give the local Jewish community a hearing, so as not to derail the settlement talks. Rabbi Grafman observed to the group that a local conservative synagogue had been advertising for a rabbi. “If you are so interested in changing things in Birmingham, why don’t you become a rabbi here?” Rubenstein and his group refused to leave, and joined Martin Luther King, Jr., and other of the civil rights marchers, although some of the group did meet with local Jews.

However, in 1973, Rubenstein returned to Birmingham to speak to the Jewish community. According to Karl Friedman, who was in attendance, Rubenstein said, “I’ve come here to apologize. I was young, and I was reckless, and I thought it was something that would be a credit to me.”

You say that you essentially backed into police work, first as a grant writer, before attending the police academy and becoming a sworn officer, working your way up from a patrol officer to precinct captain. Even though the events you describe in the book predate your time with the department, was it difficult for you to write about officers who were Klan members or sympathizers?

Yes, it was troubling; it was troubling to learn about. I tried to stay as honest to the truths I found as I could. There were abuses. There’s no way to make that pretty; it’s just wrong.

What was it like for you personally, growing up Jewish in Montgomery during the Civil Rights movement in the early 1960s?

Our family belonged to Temple Beth-Or, which, like many Reform congregations in the South, was mainly composed of German Jewish immigrants who came in the 19th century. This was during the “Old Reform” period, so it was mainly Sunday school – no bat mitzvah, no Hebrew.

What about racial attitudes in the early 1960s, when the Civil Rights Movement started to gain traction?

My parents, Jane and Warren Katz, were both progressives in Montgomery, who were very strong believers in civil rights and equity. They provided social support to activists. My mother’s family were Alabama natives. My maternal grandmother, Dorothy Merz Lobman, attended Wellesley College with the outspoken Alabama liberal Virginia Durr, a close friend of Rosa Parks and Eleanor Roosevelt and Justice Hugo Black’s sister-in-law. Years later, Dorothy and her husband Bernard had a cross burned in their yard for helping black women access their workplaces during the 1955 Montgomery bus boycott. My father was a transplant from Brooklyn.

I attended an all-white public school, and once, while I was in third grade, I used the N-word at home – which was common usage among my classmates. My mother turned pale and said, “We don’t say that word.”

You’ve observed that there was a contrast between how the Jewish communities of Montgomery and Birmingham reacted to the Civil Rights Movement.

I’ve not been able to find a single other Jewish person in Montgomery – other than my family and the rabbis who spoke out who did anything during the Civil Rights era. I hope to be surprised one day, but so far, it has been very disappointing, although it is easy to judge now. I know there was plenty of fear in the Jewish communities at that time. Birmingham was a different kettle of fish, although plenty of folks “laid low,” in the words of one Jewish activist.

Since 1968, Mark I. Pinsky has written and also taught about the Jewish experience in the American South (“Kasha & Cornbread”). This interview has been edited for length and clarity.

Were southern Jews in the civil rights era ‘inside agitators?’