This Jewish doctor thought he might not survive COVID-19. Now he’s among the million honored in NYC’s ticker tape parade. 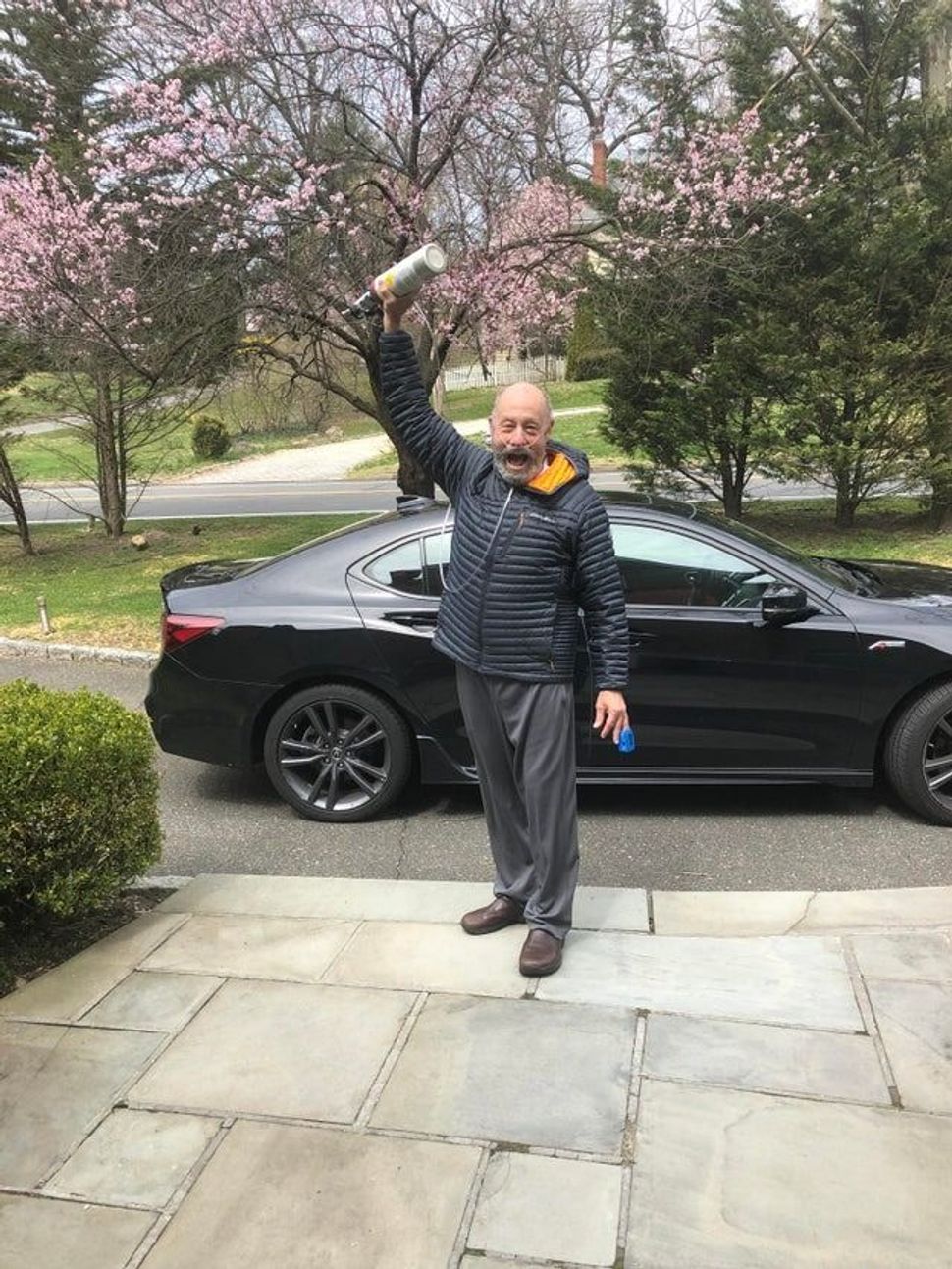 In March of last year, when for many Americans the COVID-19 virus still seemed a distant threat, Dr. Charles Schleien was already helping to coordinate the response for the illness. Then he got it himself, a serious case that hit him just seven months after he lost his wife to cancer. He wound up on a ventilator. Through his recovery, he continued to work.

“I remember him taking calls while he was still on oxygen,” said Zach Schleien, the younger of his two grown sons. “It’s impressive to see someone who’s just gone through it themselves try to help others.”

For his selflessness during the pandemic, Schleien — the chair of pediatrics at Northwell Health, the New York hospital system — will be among the more than a million essential workers honored by New York City’s “Hometown Heroes Parade” on Wednesday.

Announced by Mayor Bill de Blasio last month, the ticker tape parade will highlight 260 different groups of essential workers, including first responders and those who work in health care, education, transportation workers and grocery stores. The groups will be represented by 14 floats, each making its way from Manhattan’s Battery Park through the Canyon of Heroes to City Hall Park.

Though the city’s daily COVID-19 death count is now, most days, in the single digits, many New Yorkers are still reeling from the economic and social impacts of the pandemic, which took over 33,156 lives in the city. Once considered an epicenter of the pandemic, New York City accounted for roughly 5% of global COVID-19 cases in March of 2020. At the height of the pandemic in New York, Schleien, now 67, spearheaded the Cohen Children’s Medical Center’s response effort, which included turning part of the center into a 60 bed COVID-19 adult hospital unit. He is one of the front line workers who beat back the pandemic from the time it landed in New York through its nationwide peak on Jan. 8.

“I think most health care providers, physicians, nurses and others looked at this as an opportunity of a lifetime to be able to actually do some special things in terms of why they went into medicine in the first place,” said Schleien, who lives in New Rochelle. “It was an array of emotions, from feeling really good about being able to do what people were trained to do and participate in this and on the other hand, all of the negative emotions about seeing that much illness and death and exhaustion.”

Judaism, he added, figured into his personal response to the health crisis.

“Being Jewish, we’ve always been taught to do one, what is good for your own health, and two, what’s good for society,” Dr. Schleien said. “As a health care worker, even when it comes to Shabbos, if there’s an emergency or you need to work then you work. That’s always been our mantra as a Jew.”

In a New York Times op-ed he wrote last year, Schleien described the direness of his own bout with the respiratory illness. After 12 days of burning lungs and no appetite, the father of two was taken in an ambulance from his home to North Shore University Hospital in Manhasset, where he was soon placed on a ventilator.

“Lying there, thinking about my future (or lack of one), I made three phone calls. I called both of my sons separately, to tell them how sick I’ve become, what the doctors and I were worried about. I couldn’t guarantee them that I would live through the weekend. The third call I made is to my close friend, a personal attorney, to ensure that everything would be in order if I died,” Schleien wrote. “Death has never felt so close and so far away in the same breath,” he concluded.

Zach Schleien described the day he received his father’s call from the hospital as one of the worst of his life. But he said that his father’s struggle with COVID-19 gave hope to Americans, who read and viewed his story on many outlets, including CNN, FOX News, Good Morning America and the front page of Reddit.

“He was still acting like a dad even when he was sick,” Zach Schleien said. “I think he didn’t want to have us think he wasn’t going to make it after we had just lost our mom.”

After six days on a COVID-19 floor, the doctor returned home, where Zach stayed with him during his recovery and over the following four months. He marveled at his father’s resilience.

“I saw him from his worst to improving to the point where he was able to work out again. It was really special to have all that time together, especially after losing my mom,” Schlein said. “It’s a testament to my dad to be honored tomorrow for what he went through and also everything he did from an administrative standpoint, as well as as a doctor.”

The elder Schleien said he is looking forward to the parade, which is also the 125th anniversary of New York City’s ticker tape celebrations.

“I think it’s a great idea to celebrate the hard work of thousands and thousands of people in New York who helped their fellow man and woman, particularly the recognition for people who worked really hard and people who got sick on the job. I think it’s a nice celebration in that regard of human spirit.”

This Jewish doctor thought he might not survive COVID-19. Now he’s among the million honored in NYC’s ticker tape parade.