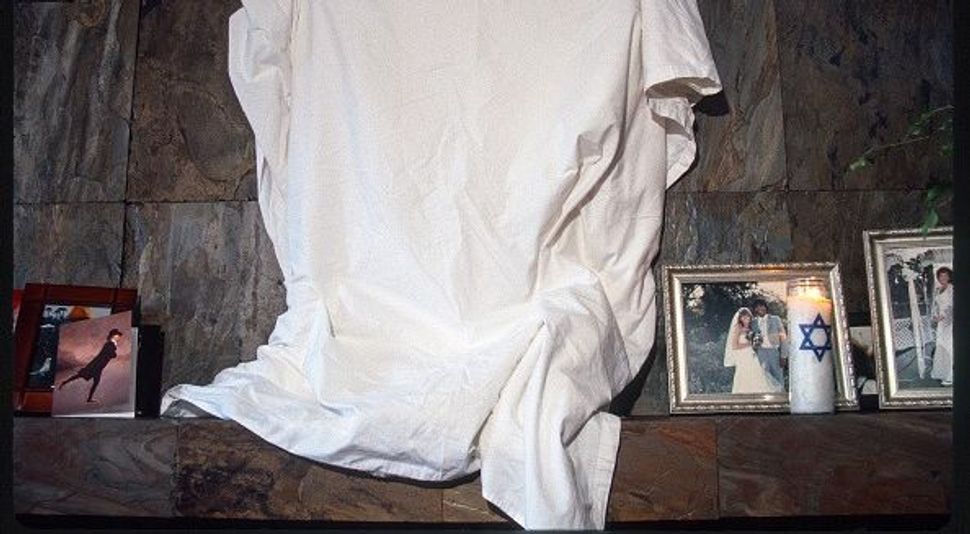 Shiva includes traditions such as covering mirrors and lighting a candle that burns for seven days. Photo by Barbara Alper/Getty Images

Like any Jewish tradition, shiva comes with a history of customs and rituals that date back centuries. While some basic customs, such as staying home and having guests over, happen at most shivas, many other traditions can look different – depending on a family’s cultural background and religious observance. Whether you’ve never been to a shiva or want to know the significance behind customs you’ve seen before, here are explanations of five of the most common shiva traditions.

During the observance of shiva, the immediate family of a deceased relative stays home. Rather than working or engaging in entertainment, mourners process the loss by reflecting with other community members who visit the house during shiva. The extended family members and friends who visit are there to support the mourners in their grief. Some families follow the tradition of leaving the door unlocked, so visitors can come in without needing one of the mourners to act as a host.

The tradition of covering the mirrors during periods of mourning has a few different potential roots, according to MyJewishLearning.com. Centuries ago, people believed that spirits were attracted to mirrors and that the souls of the dead could get trapped in reflections. In folk tradition, people covered mirrors to prevent the dead from reaching out from “the other side.” Rabbis interpreted the custom of covering the mirrors to mean an emphasis on looking inward in grief, rather than on the physical.

Mourners traditionally light a candle, called a ner daluk in Hebrew, that burns for the seven days and seven nights of shiva to symbolize the divine spark in the body. Funeral homes often provide mourners with a large, long-burning candle or electric lights, which they illuminate after returning from the burial. Mourners can designate a child, a family friend, or a member of the extended family to light the flame.

4. Sitting low to the ground

Mourners sit low to the ground during shiva to symbolize being in low spirits or being struck down by grief. While Ashkenazi Jews traditionally use low stools, Sephardic Jews often use pillows or sit directly on the floor. Sometimes, the funeral home provides a special low bench for the family. Visitors sit on the house’s regular couches and chairs.

While wearing black to funerals is a common tradition across religions, in Judaism, mourners observe the practice of tearing a garment or black ribbon called kriah. The custom dates back to the Bible, when patriarch Jacob tears his clothes after thinking that his son, Joseph, is dead. The act signifies mourners’ grief and anger at the loss of a loved one. Before the funeral service, some families typically tear a ribbon pinned to their chest, which they wear throughout the shiva.