Whatever happened to that John Hopkins teaching assistant who wanted to punish ‘Zionist students?’ 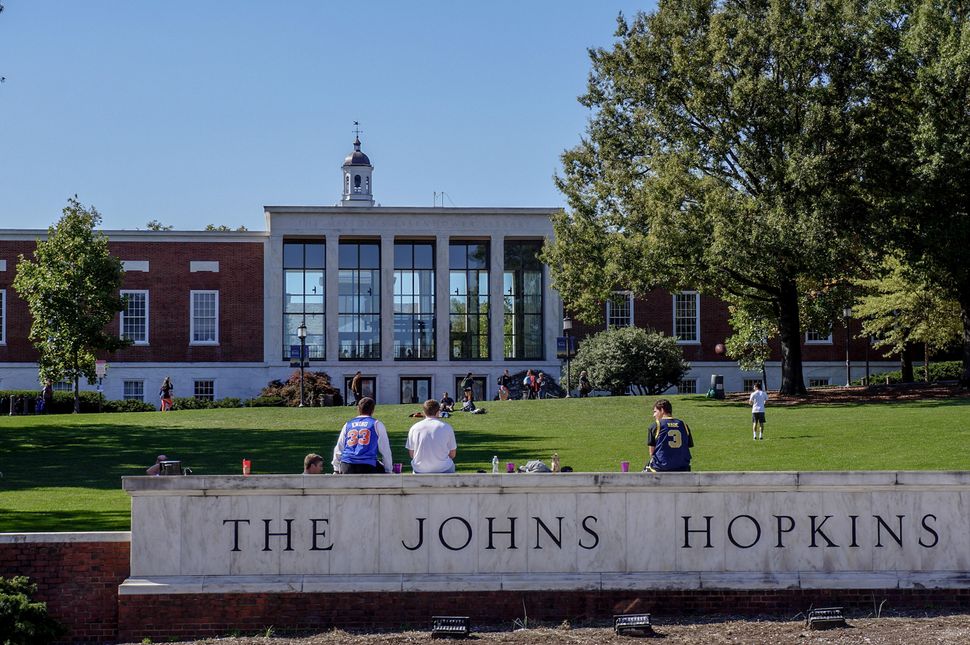 Students sitting on a quad at Johns Hopkins University in Baltimore. Image by JHU Sheridan Libraries/Gado

Johns Hopkins University in Baltimore has reportedly concluded its investigation into the actions of a teaching assistant who asked in a tweet last Nov. 15 if she could lower the grade of “Zionist students” because of their support for “ethnic cleansing.” But the university has not disclosed its findings nor replied to those asking what is being done to prevent future incidents.

“We are frustrated by the lack of public transparency by the university on the outcome of this investigation,” said Howard Libit, executive director of the Baltimore Jewish Council.

In a letter July 9 to Sunil Kumar, the university’s provost, and Shanon Shumpert, its vice provost, two national organizations asked the university to disclose the steps it has taken to comply with Title VI of the Civil Rights Act to “end the harassment, eliminate any hostile environment and its effects, and prevent the harassment from recurring.”

If the school’s investigation found that the threat of the teaching assistant, identified as Rasha Anayah, to fail her Zionist students was merely “an empty one,” they wrote, her actions “constituted harassment of those Jewish students for whom connection to Israel is a critical and deeply held component of their Jewish ancestral and ethnic identity. And by inviting others to agree with her, the TA actively sought to foster an environment hostile to these students at Johns Hopkins.” 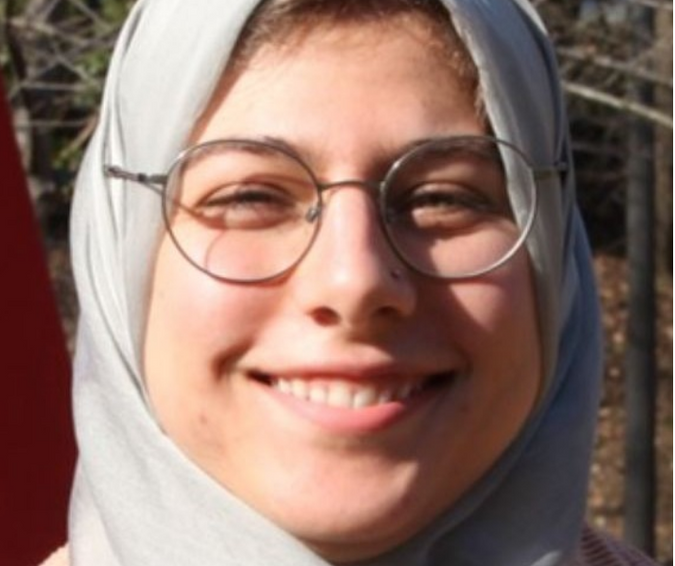 Neither Anayah nor the university responded to emails from the Forward seeking comment.

The joint letter was written by the Louis D. Brandeis Center for Human Rights Under Law, a nonprofit organization that promotes the civil and human rights of the Jewish people, and StandWithUs, an international nonprofit that supports Israel and combats antisemitism.

In it, they expressed concern that the university’s “understanding of privacy laws may limit its efforts to end the harassment and hostile environment generated by the TA’s conduct.”

“Not only did she threaten to fail these students, she encouraged her audience to join her campaign of hatred by purporting to take a ‘poll’ in favor of carrying out her threat,” the letter said of Anayah.

The groups called on the university to issue a public statement “recognizing that for many students at Johns Hopkins, Zionism is an integral component of their Jewish ancestral and ethnic identity, and any efforts made by faculty and staff that demean, marginalize, ostracize, harass or discriminate against students on the basis of the Zionist component of their Jewish identity will not be tolerated.”

In their letter, the two groups noted that the University of Michigan admonished a professor in 2018 who refused to write a letter of recommendation for a student after learning he wanted to study in Israel. They told him that he had an “obligation to support your students’ academic growth” and should not use his request “as a platform to express your own personal views.”

The joint letter called on Johns Hopkins to “send an equally strong message to its faculty and teaching assistants. Doing so in no way violates the privacy rights of any individual faculty or staff member but is a necessary step toward remedying the hostile climate this incident has created.”

Roz Rothstein, chief executive officer of StandWithUs, said that although the university issued a statement in January saying it does “not tolerate any link between academic grading and bias,” it failed to mention that the TA was targeting Jewish students.

“Since this was a direct threat to Jewish students, why wouldn’t the university be specific and address the issue of discrimination against Jewish students at the school?” she asked. “I can’t imagine if this was an LGBTQ or African American or a woman’s group that there would be this treatment.”

Asked what steps the two groups might take next, Alyza Lewin, president of the Brandeis Center, said it all depends on how the university responds.

“I am concerned with what will happen in the fall,” she said. “I hope the university will take its responsibility seriously and issue a public statement designed to ensure that does not happen.”

Whatever happened to that John Hopkins teaching assistant who wanted to punish ‘Zionist students?’