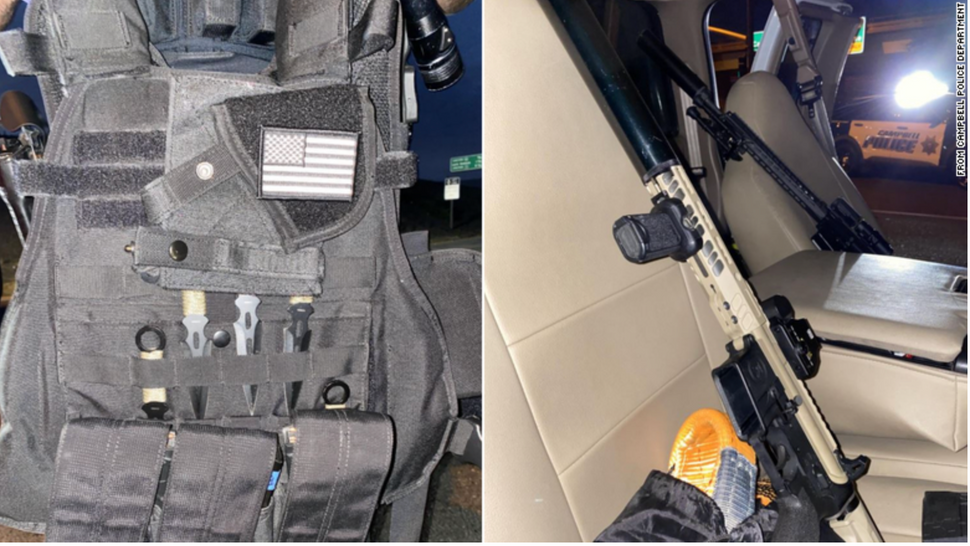 Part of an arsenal police seized from Wesley Martines, according to officials Courtesy of Santa Clara Police Department

A Los Gatos, California man, found with a cache of weapons along with a manifesto containing antisemitic language, was arrested earlier this month, according to the Santa Clara County District Attorney’s Office.

Authorities are not revealing the exact language from the manifesto –which also featured writing targeting Blacks and Hispanics – but will put it into evidence during a bail hearing scheduled for July 21 in Santa Clara County Superior Court, said Sean Webby, public communications officer for the Santa Clara County District Attorney’s Office. 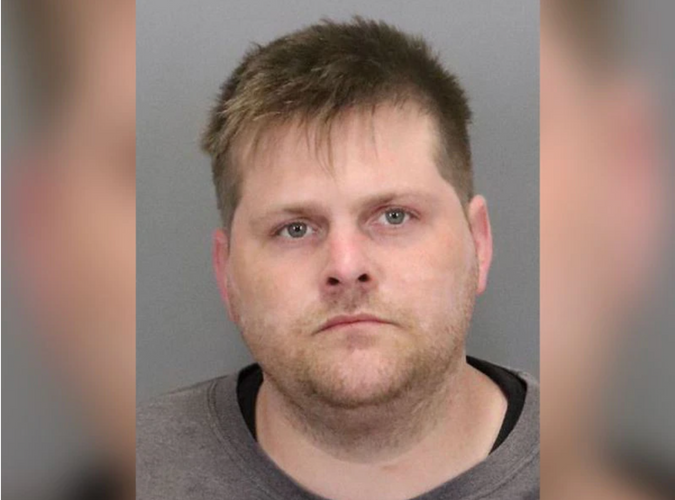 Wesley Charles Martines, 32, of Los Gatos, was arraigned on July 13 and is being held in Elmwood men’s jail after he was arrested July 9 in connection with possession of assault weapons, multiple silencers, drugs and the making of a pipe bomb. “Once again, law enforcement saved lives before the blood and tears flowed,” Santa Clara County District Attorney Jeff Rosen said in a statement. “All of us have a role in stopping the next mass shooting, suicide, or domestic violence murder. Please call law enforcement if you know that someone is armed and dangerous.”

Campbell police responded to a call about the suspect just after midnight on July 9, when a business owner notified Campbell police about a man, who he could see on his security camera, looking into vehicles on a car lot and into a storage shed.

Police responded quickly and stopped a truck driven by the suspect. Inside the truck, law enforcement discovered weapons, body armor, ammunition inscribed with messages including “To a widow from the Grim Reaper,” drugs, a pipe bomb filled with pellets but no explosive material inside and a journal containing the anti-Semitic and racist writings as well as a plot to go to a sporting goods store, dress as an employee and tie everyone up, according to the District Attorney’s office.

Joanna Mendelson, associate director of the Anti-Defamation League (ADL) Center on Extremism, said her organization was still learning about the specifics of the case at the time of the interview, but the suspect’s behavior reflected a trend of extremist actors for whom specific groups are the targets of their ire.

“While there’s more information that needs to come to light in regards to this particular case, it underscores the grave danger those motivated by hatred pose to our society,” Mendelson said.

The actions of the business owner who called the police reinforced a message the ADL often emphasizes to leaders in the Jewish community when it comes to security issues—to pay attention to the “spidey-sense,” or intuitive feeling, telling you something is off, the ADL leader added.

“This is a case where something didn’t sit right for somebody and resulted in a different headline than could have been,” Mendelson said. “At the end of the day, we must remain vigilant to help safeguard our community.”