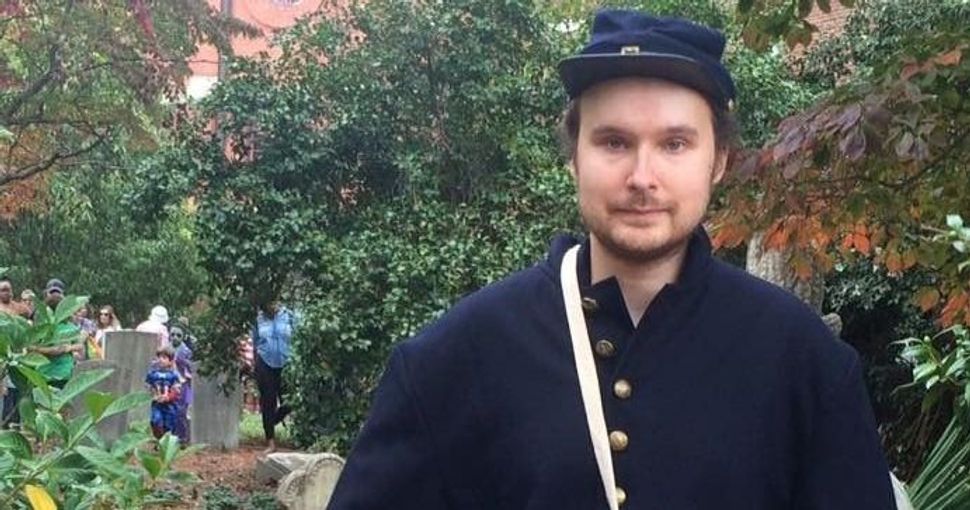 Nils Skudra was nearly five-and-a-half years old when he told his mother about his past life. “He looked at me out of the side of his eye and said, ‘I was a soldier in the American Civil War,’” his mother, Renee, recounted. “‘I saw action at the Battle of Gettysburg, and I died on the third day.’”

Hearing her son describe Robert E. Lee’s horse with greater sophistication than she had ever heard, Renee decided to fact-check him with an internet search. He was right. “I had goosebumps. I thought, ‘How the hell does he know that?’”

Throughout his childhood, Skudra drew hundreds of pictures of Civil War battle scenes, devoured Civil War books far above his age level, became captivated by the movie Gettysburg, and traveled to reenactments across his home state of California.

Now Skudra, 29, is well on his way to becoming a Civil War historian. 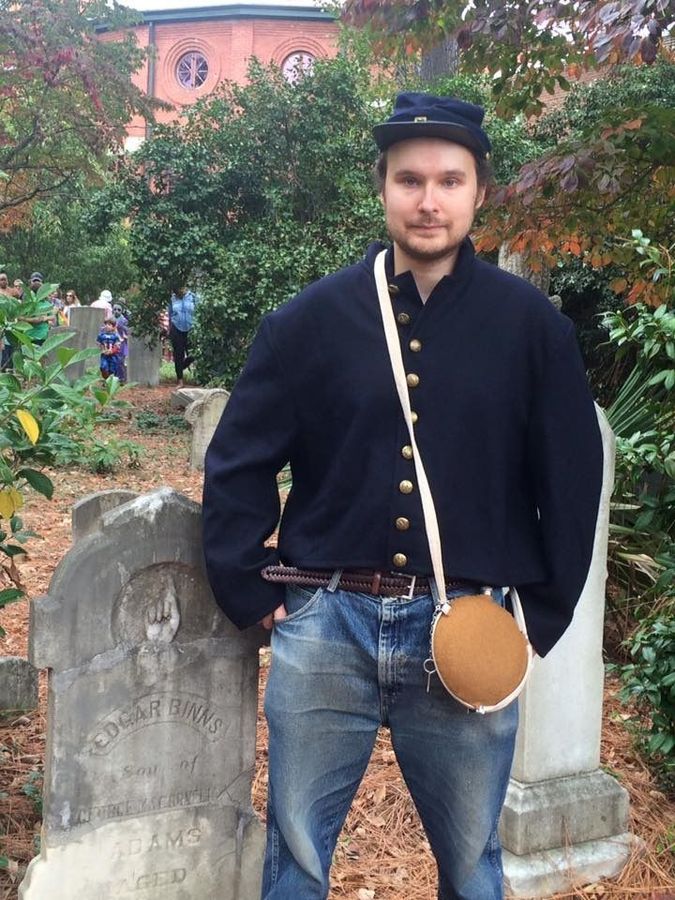 “It’s the cornerstone moment of American history,” he said. “It led to the abolition of slavery and ushered in the 13th, 14th, and 15th amendments which redefined the idea of American citizenship and equal justice. The legacy of the Civil War is still hotly contested in America today.”

After graduating in 2015 from the University of California, Berkeley – where he concentrated in theater and history with a focus on the Civil War – Skudra wanted to continue his studies. “I was told that the place to go for studying the Civil War in graduate school is the South.”

When Skudra was accepted to the University of North Carolina, he knew he had to move across the country, he said. “My mom had some misgivings about it because it would mean giving up everything we had in the Bay Area, but I was very determined to do it.” 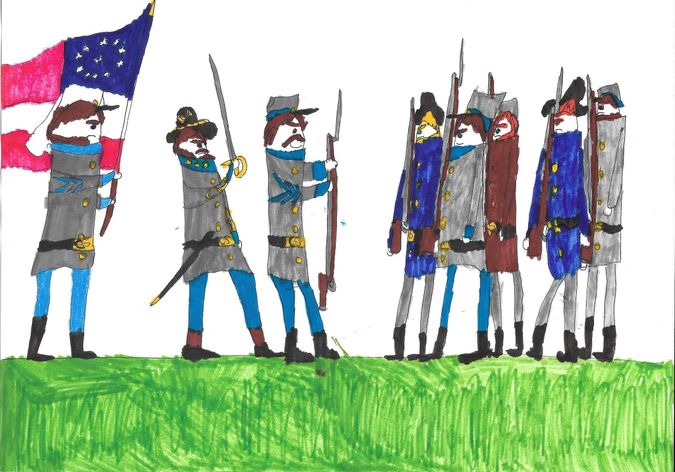 Throughout his childhood, Skudra drew hundreds of pictures of Civil War scenes. Courtesy of Renee Skudra

Skudra, who was diagnosed with Asperger’s Syndrome at age 10, convinced his mom to move to Greensboro, N.C., which she preferred because of its Jewish community, she said. When the time came to leave Berkeley, a friend the Skudras had made online came to California and helped them drive their car 3,000 miles to North Carolina.

At UNC Greensboro, Skudra became involved in Hillel and founded Spectrum, a group for graduate students on the autism spectrum.

“I tend to work twice as hard as average neurotypical students because of the added challenges that people on the spectrum face, but being on the spectrum has been an asset,” Skudra said. “I have a close attention to detail and a tendency to hyperfocus on a subject that interests me, which has been really helpful in studying history.”

“He’s very fortunate to have something that drives him and inspires him,” Renee said. “If there’s a Civil War reenactment, I’ll say, ‘Let’s go.’ If there’s a book he wants, ‘Let’s get it.’ Whatever I can do to keep that dream going.”

Outside of school, Skudra explored historical sites and made friends with fellow Civil War history buffs and descendants of Civil War soldiers. He even filmed a cameo role as a wounded Confederate soldier in a Civil War short film made by his friends.

“It feels really powerful to be walking the grounds where the battles took place,” he said of his relocation to the East Coast. “To be living here and visiting those sites, it feels like you’re really experiencing that history, as opposed to studying it in California.”

In between trips to Civil War landmarks, archives, and academic conventions, the Skudras have been adjusting to southern culture. “One of the things that has been both intriguing and disturbing about living here is observing how strongly a lot of people subscribe to the Confederate narrative of the Civil War,” Skudra said. “Visiting Confederate monuments in North Carolina is both intriguing for me as a historian, but I know that the agenda perpetuated in erecting some of the monuments was very dark, in some ways.”

Skudra finished his Master’s in History in the spring of 2018 and set out to find a job in North Carolina. When he was struggling to find a position, he went back to school at the suggestion of his academic advisors.

During the pandemic, Skudra has been writing articles for various local publications, cooking and taking walks with his bichon frise, Jackson – named after the Confederate general. He and his mom have a routine of watching movies together and attending virtual Shabbat services on Friday nights. Gettysburg is still one of Skudra’s “all time favorite movies,” but he’s branched out into other genres, he said.

In August, Skudra will receive his second degree from UNC Greensboro, a Master’s in Library and Information Sciences. “I’m hoping to find a job in the history field or the library field or possibly a job where the two overlap,” he said.

In addition to a job, Skudra is seeking his bashert. “I’m really fervently looking to meet a Jewish woman in my age range who is interested in a long-term relationship,” he said. Since the Jewish community in Greensboro is primarily made up of elders and young families, he hasn’t had much luck and is considering a move to California, New Jersey, or a city in North Carolina with a larger Jewish community, he said.

In the meantime, Skudra is hoping to find someone “kind, compassionate, and intellectually driven,” he said, “someone who ideally shares some of my interests, enjoys deep conversations, and is direct and honest in their communication.”