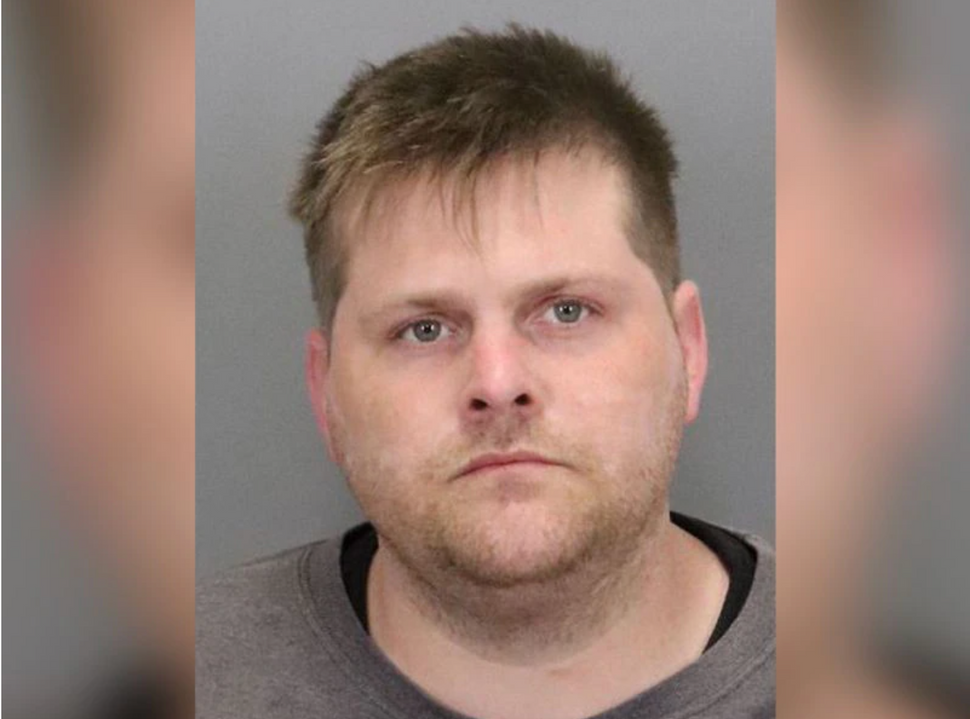 A 32-year-old Los Gatos man who police say carried a cache of weapons and high-capacity magazines in his pickup truck, along with a journal bearing racist and antisemitic writings, expressed “an idea of setting up a community with only whites,” his lawyer described in a court filing set for a hearing this week.

Wesley Martines was scheduled for a bail hearing Wednesday; he faces seven felony charges including carrying a concealed handgun, possessing an assault weapon, and possessing materials for an explosive device. He was arrested in Campbell, a small city in Santa Clara County, on July 9.

The hearing was continued and Martines remains jailed on $300,000 bail. 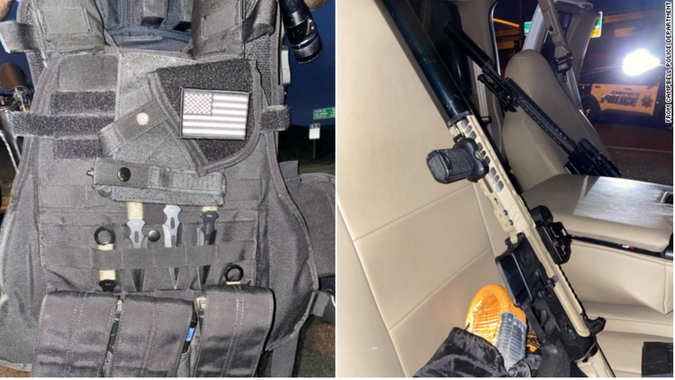 Part of an arsenal police seized from Wesley Martines, according to officials Courtesy of Santa Clara Police Department

Martines’ private defense attorney Elliot Silver of the Silver Law Firm argued in a written memorandum that Martines’ bail should be reduced by half. He wrote that the “only whites” comment was “frankly the worst part” of the journal discovered by police, a journal authorities described as, in part, a “handwritten manifesto saying he wanted to wipe out the Black, Hispanic, and Jewish populations.”

In the motion filed July 16, Silver asserted the journal did not contain overt plans to commit violence, and any descriptions of criminal behavior were “fantasy — art — made to seem real.”

“The journal does have references to white nationalism,” he allowed, “however it should be noted [prosecutors] are wholly incorrect in what it says[,] as it does not advocate for harm to racial groups.”

Campbell police arrested Martines in the early morning hours of July 9 after receiving a tip from the owner of a car dealership about a man “opening a storage closet” and peering into car windows, according to a police incident report.

Police say they spotted Martines’ vehicle leaving the area, a “white Ford F250 style with a camper shell,” on E. Sunnyoaks Avenue. After signaling for him to pull over “the vehicle continued driving slowly,” Officer Bonnie Brannen wrote in the report filed in Santa Clara County Superior Court. The truck eventually stopped on the right-hand shoulder of a highway on-ramp.

While speaking with Martines officers noticed a rifle “in plain view” in the back seat, Brannen wrote. Police un-holstered their weapons and asked Martines to step out of the vehicle, which he did. Police say they felt a loaded handgun magazine in the suspect’s pocket during a search and placed him in handcuffs.

Police searched the vehicle, according to the report, turning up more weapons, including a loaded Glock handgun that was concealed near the front seat, two suppressors, two high-powered rifles, multiple loaded high capacity magazines and what police believed to be a pipe bomb that proved to be inert. A bomb squad was called to detonate it on the scene. Officers say they also found a “black tar”-like substance that was likely heroin, as well as meth.

Police shared a photo with the public of a tactical vest they say they recovered from Martines’ vehicle, with three daggers tucked into front straps, high-capacity magazines stored in pouches and a gray American flag patch.

Martines’ lawyer describes him as a “devoutly religious,” unemployed young man who grew up in Santa Clara County, attended high school in San Jose and earned a GED at Mission Junior College. He played baseball and other sports at school and “with various church groups.”

Of the whites-only “community,” his lawyer wrote, Martines adds that he believed it should be placed “far enough away from L.A./S.F. so [we’re] not crucified by expressing our opinions.”

Silver added that the journal lists “several pro-white groups” and what their beliefs are, compared to “what the media makes them out to be.”

He argued his client had no violent intent and that his journal had artistic value, pointing out it contained poetry and writings “about being depressed.” Authorities said it contained “a plan to go to [a] sporting goods store, dress up as an employee and tie everybody up.”

Silver countered that interpretation, saying prosecutors “take this journal to be reality when it is fantasy. This would be akin to finding the drafts of the screenplay The Italian Job, Heat, or any other countless ‘heist’ movies and saying they were the plans of a real heist.”

A spokesperson for the district attorney’s office declined to provide additional details about the alleged antisemitism expressed in the journal, saying excerpts would be made public in advance of an upcoming bail hearing.

“Once again, law enforcement saved lives before the blood and tears flowed,” he said in a press release “All of us have a role in stopping the next mass shooting, suicide, or domestic violence murder. Please call law enforcement if you know that someone is armed and dangerous.”

Martines’ next appearance in Santa Clara County Superior Court is scheduled for Aug. 11 at 9:00 a.m.

His arrest comes less than two months after a deadly mass shooting at a San Jose rail yard less than 10 miles from where Martines was detained.

It also comes as the Bay Area Jewish community anticipates the start of another trial, on Aug. 2, for weapons charges facing a young white man who expressed antisemitic views and plans for a mass shooting online in June of 2019.

Twenty-five-year-old Ross Farca, of the East Bay city of Concord, faces five felonies after police say he posted threats on a video game website to kill “like 30 k*kes” and five police officers, and was found with an illegal assault rifle in his home on June 10, 2019. Evidence presented during a preliminary hearing showed a fascination with Nazism and with mass shooters, such as those who perpetrated the Christchurch, New Zealand massacre in which more than 50 people were killed in Mosque attacks by a white supremacist and the antisemitic 2019 Poway, California attack on a Chabad center that left one woman dead and three injured.

This article originally appeared in Jweekly.com. Reposted with permission.