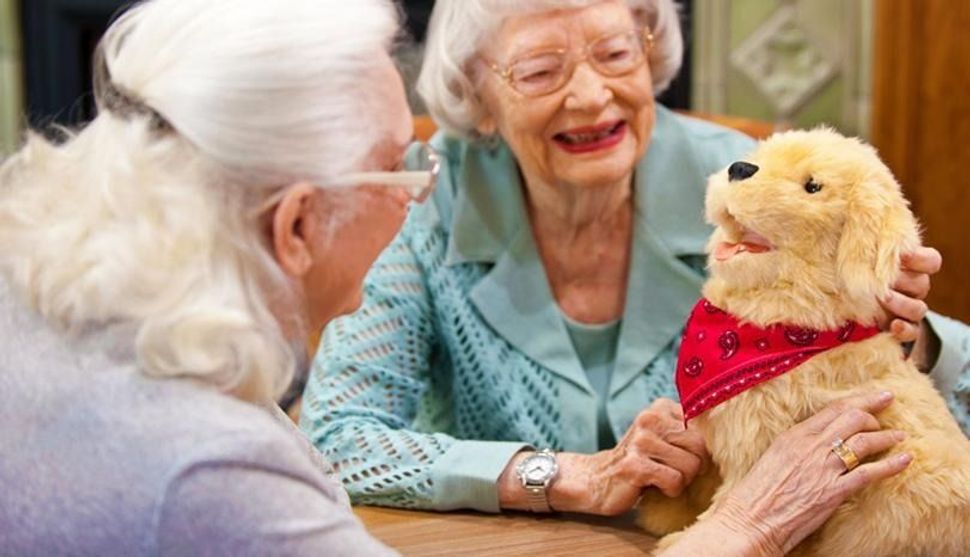 Gerda Weissfeld’s faux poodle sat in her lap and barked as she pet him.

“You’re a good boy,” Weissfeld, 102, told the beige-and-white puppy as he continued to bark, seemingly in response to her touch. 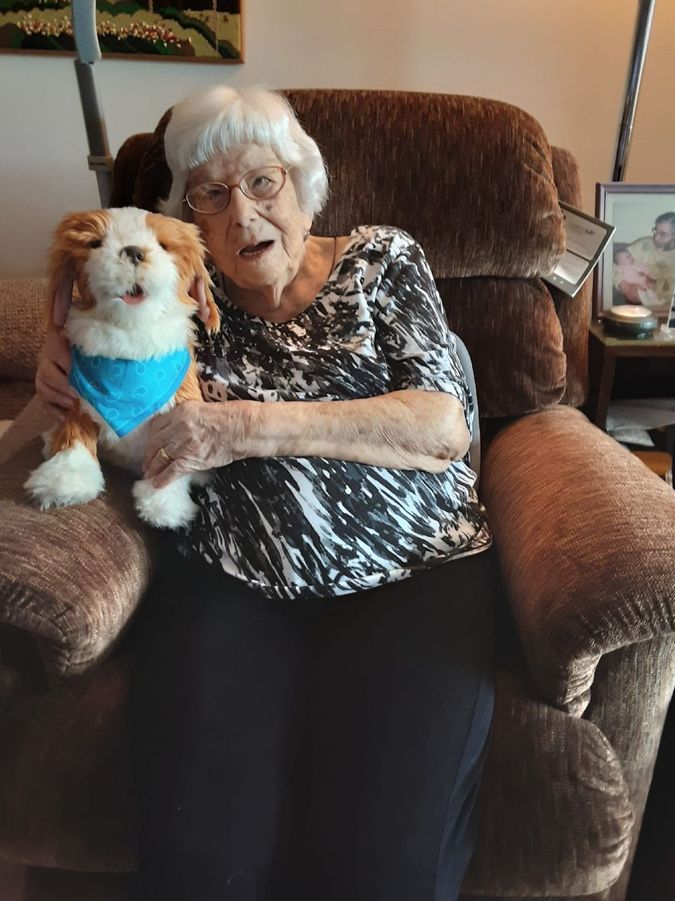 Gerda Weissfeld, 101, with the faux pet she calls “Peter.” Courtesy of The Blue Card

“He is an intelligent doggy. I call him Peter,” she said. “Sometimes you think he’s real.”

Weissfeld, Great Neck, L.I., received the stuffed, robotic dog a few weeks ago as a gift from The Blue Card, a New York-based nonprofit that provides financial and other assistance to about 3,000 Holocaust survivor households in the U.S.

The faux pets — there are both cat and dog models — are fitted with sensors that prompt them to “react” with barks, meows and tail wags designed to make the elderly feel as if they have a real companion animal. The recipients, and those who work with the elderly, say they can go a long way to keep loneliness at bay.

And they don’t have to be fed or walked by survivors, who in many cases don’t have the mobility or finances to make ownership of an actual dog or cat possible.

Made by Ageless Innovations, a Rhode Island company founded in 2015, the pretend pets retail for about $130, but The Blue Card gives them to Holocaust survivors — many of whom live on small, fixed incomes — free of charge. Since last year, the non-profit has gifted about 125. Weissfeld got hers from the group through the Holocaust survivor program of Selfhelp Community Services on Long Island.

“They are making a huge difference in survivors’ lives,” said Milana Hazan, associate executive director of The Blue Card. “The cats move their paws and lift their chin so you can caress them. It is very cute.”

David Lefkowitz, 91, of Cranford, N.J., received a soft, robotic cat about three weeks ago from The Blue Card in partnership with Jewish Family Service of Central New Jersey, which had displayed an assortment of the mechanical furry animals at a monthly social program for Holocaust survivors. Lefkowitz was one of 20 survivors in the program who wanted one. He selected a cat.

“When somebody comes to my home, I now say, ‘I want to introduce you to Mike,’” Lefkowitz said. “He sits on the couch and looks like he’s king of the hill. It’s a good addition to my place. I caress him and he does tricks just like a real cat.” 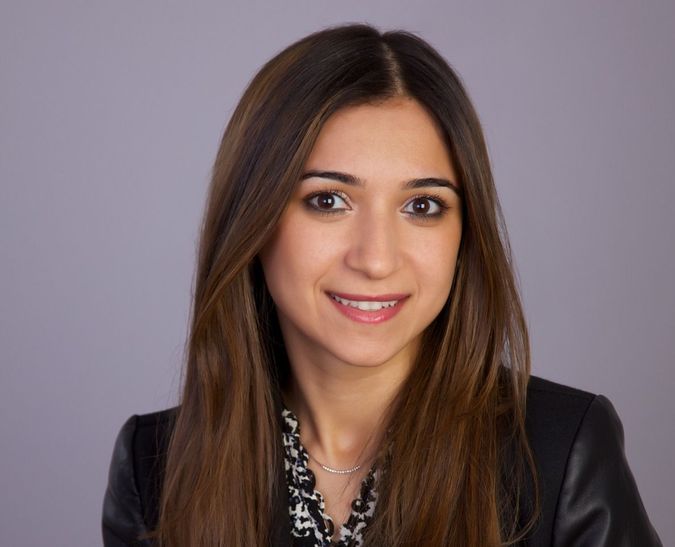 Milana Hazan is associate executive director of The Blue Card.

Hazan said the stuffed animals have been especially helpful for survivors who live by themselves, particularly during the COVID lockdown.

“These people have been through so much and now they are stuck at home and isolated. It is inspiring to see” their reaction to the comfort pets.

Lefkowitz, born in Belgium, is one of six children. When World War II broke out, the family settled on a farm in Czechoslovakia for two-and-a-half years. After a visit from the Nazis, who promised to return, the family hid in the woods until the war ended. They came to the U.S. in 1948.

Weissfeld’s family moved the family from Germany to Uruguay in 1936 when the Nazis forced Jews from their jobs. She met her husband there and the couple eventually settled in Argentina, where their two sons were born, and then in 1963 moved to the United States. She has been a widow for 35 years.

The joy she finds in her comfort pet is not unusual, and survivors often treat the plush animals as if they’re alive, said Eva Fogelman, a psychologist who works with historically traumatized patients and their descendants and trains The Blue Card’s health professionals.

“They all speak to them as if they were real animals, and there is a feeling that the stuffed animal is looking at them,” she said.”The survivors even cry with them sometimes. There is a feeling – even though this is an inanimate object — that it reduces the sense of isolation survivors feel when they live all alone.”

And an inanimate pet can have some of the same salutary effects as a real one, Fogelman said.

“Any kind of socialization is most important, particularly for aged people,” she said. “There are three things that keep Alzheimer’s away – social interaction, intellectual stimulation and physical exercise.”

The Blue Card’s use of comfort dogs and cats coincides with a record 26,000 more pet adoptions during the pandemic — a 15 percent increase in 2020 over the prior year, according to Shelter Animal Count, which tracks shelter and rescue activity.