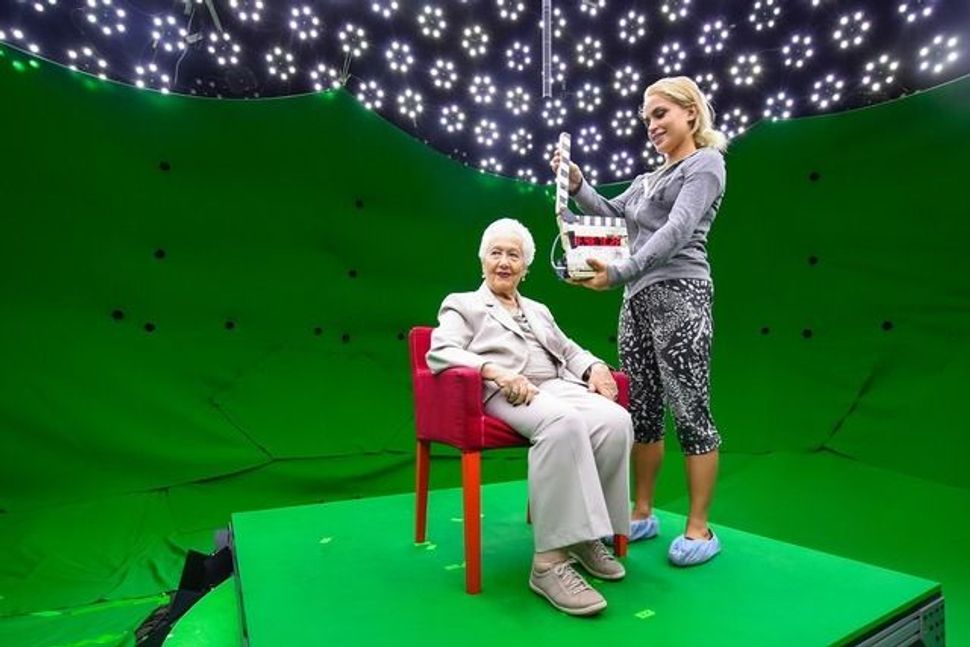 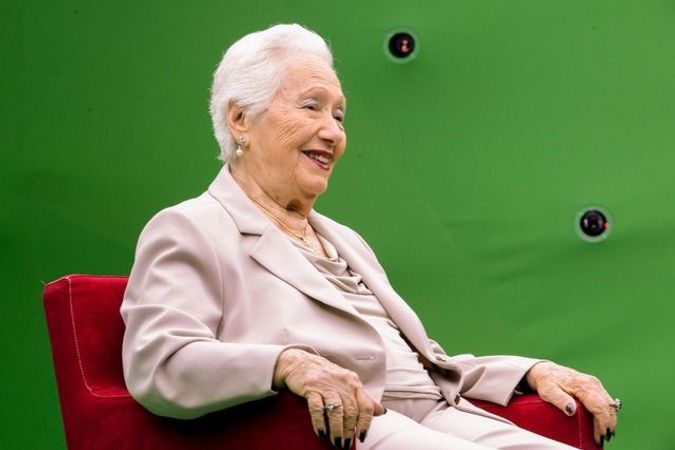 Renee Firestone in the ‘Dimensions in Testimony’ exhibit. Courtesy of USC Shoah Foundation

I sat down across from Renee Firestone and asked her about her life during the Holocaust. The conversation flowed: what her life was like before the war, and how she endured Auschwitz. The small, spirited 97-year-old survivor was direct and honest, answering personal questions with powerful details—all the more remarkable because the real Renee Firestone wasn’t actually there.

Firestone is still alive—I reached out to speak with her, for real, later— but I was interacting with her three-dimensional projected image through ‘Dimensions in Testimony,’ holographic technology developed by the USC Shoah Foundation and hosted as a permanent installation by the newly-reopened Holocaust Museum Los Angeles. 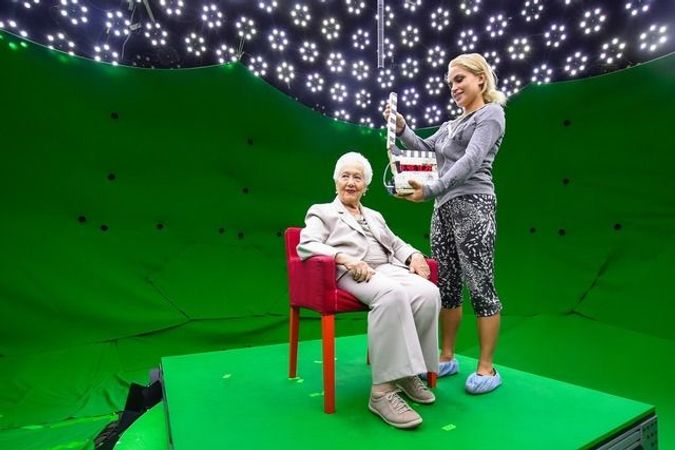 The museum is the only location in the western United States to house a Dimensions in Testimony installation, part of its effort, post-pandemic, to make Holocaust history even more accessible, said museum vice president Jordanna Gessler.

“Personal stories of the Holocaust are so key to our educational philosophy,” she said.

If young Angelenos are going to hear Holocaust experiences from only one holographically-projected survivor, it probably should be Firestone.

Born in 1924 in Uzhorod, Czechoslovakia, she survived Auschwitz and a death march, and was among the prisoners liberated by the Russians in 1945.

After moving to the U.S. in 1948, Firestone became a successful couture fashion designer whose pieces are now part of the Los Angeles County Museum of Art’s permanent collection. She has been a dedicated speaker at the museum, was honored with a leadership award by the United States Holocaust Memorial Museum, and has appeared in several Holocaust documentaries including Steven Spielberg’s 1998 Academy Award-winning “The Last Days.”

“Her personality really comes out,” said Gessler, who has frequently engaged with Firestone through the museum. “One would think that one’s pizzazz wouldn’t translate, but it 1000% does.”

The recording process used 118 cameras over a full five-day week, morning to evening, asking more than a thousand questions collected from students, educators, researchers and historians.

Firestone’s daughter Klaire, who was present for some of the process, explained that questions were assembled to set up the life of the survivor pre-war—who they were, where they came from, and what their daily life was like—so that when people hear what life was like during the war, they know what was lost.

The third section of the questioning focuses on the time of post-war liberation, what the survivors did after. Interviewers would also rephrase questions to account for the different ways visitors might ask essentially the same question: “Where do you come from” could become? “Where were you born?” or “In what city did you live before the war?”

It took several years to fully tag answers to the questions so—no matter what they ask—visitors can feel like it’s a real-time conversation.

Because the answers were recorded five years ago, questions including current social or political references can’t be answered. I asked the Firestone hologram about Black Lives Matter, and got the answer: “It’s a very good question, unfortunately I was never asked that question.”

For now, just four people in the same family or group can share one testimony booth, but future plans include creating a theater space where a class of 30 can experience the testimony together.

This kind of experience is particularly important as Holocaust survivors age.

Firestone’s energy is still pretty high for 97, her daughter said, noting that Firestone also did two days of press when the exhibition opened.

But when I called for a follow-up conversation, Firestone was resting and unable to speak to me.

When they filmed the interview five years ago, Firestone was “way clearer than she is now,” said her daughter Klaire. In the last two years, she has noticeably declined. Firestone now has back pain and pain-related depression. Her memory has also been affected, Klaire said, and the pair’s total isolation during the pandemic has also taken a toll. 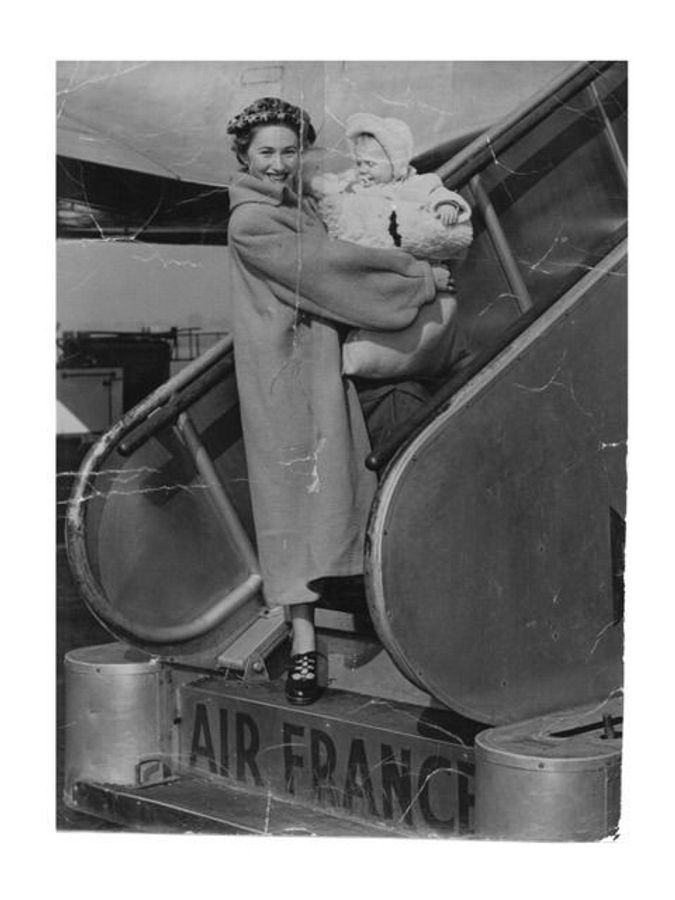 For the foreseeable future, the closest I could get to Rene would be her hologram. Klaire, who lives with her mother, served as her conversational surrogate.

In an age of increasing deepfakery and other forms of media manipulation, Klaire said, her mother and other Holocaust survivors and their children are “absolutely” concerned about their messages being used for nefarious purposes.

“We’ve been concerned since the beginning of the internet; every reference is an opportunity to slam her, manipulate her image and words,” said Klaire, the founder of Second Generation L.A., which she said was the first independent organization in the country for children of Holocaust survivors. “But it’s the risk you run having an internet; there’s no way around it.”

Besides, Klaire added, survivors always had a bigger fear: that their story would be forgotten.

“The lessons of the Holocaust are the most crucial for character and ethics building,” Klaire said, “and to hold the moral high ground for civility in the world. My mother prays for it and I pray for it.”

Klaire said her mother is frequently asked what message she wants to leave for future generations.

“Be kind to one another, help each other. Civility and kindness,” Klaire said. 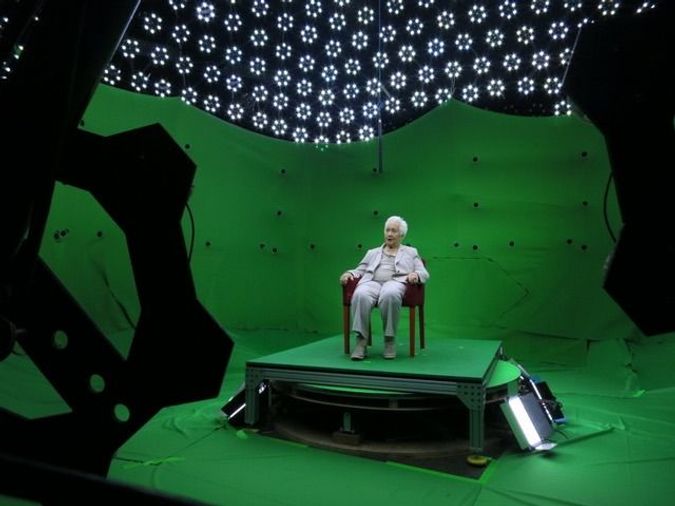 The hologram Firestone has a slightly different answer, urging visitors to stand up for justice.

“I think that everybody who watches injustice being done to somebody should speak up,” she said when I asked the holographic Firestone at the museum. “Don’t stand watching and listening and doing nothing. Speak up.”