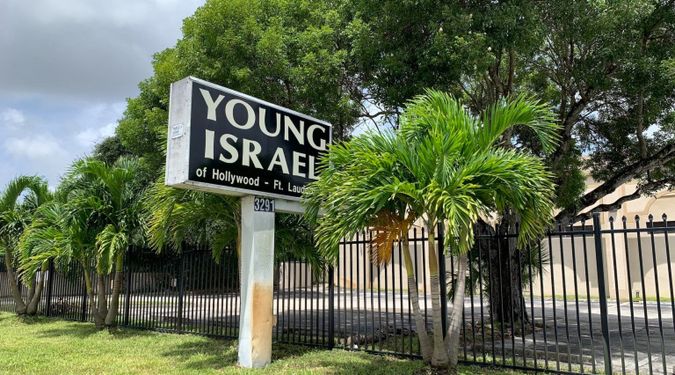 The Young Israel of Hollywood has seen a period of unprecedented growth over the past 18 month, its rabbi said, as the area has become one of the fastest growing Orthodox Jewish communities in the country.

HOLLYWOOD, Fla. (JTA) — When Orthodox Jewish clients approach local real estate agent Sharon Brandt looking for a home in this South Florida area, she tells them to make sure they have spots for their children in school before they buy.

When Rabbi Yoni Fein, head of school at the Brauser Maimonides Academy in Hollywood, gets inquiries from prospective parents from out of state, he asks them to make sure they can find a house before enrolling their children.

This Catch-22 of a simultaneous housing shortage and waitlists at area schools is no coincidence: Hollywood may be one of the fastest growing Orthodox Jewish communities in the country.

“It’s very rare that a house comes up,” Brandt said of the housing market here. “The real shortage started in January, February, March of 2021. It’s just been insane.”

Throughout the pandemic, South Florida’s Orthodox Jewish communities from Miami all the way north to Boca Raton have experienced a major pandemic-driven population boom. And Hollywood, once home to a small Modern Orthodox community with just one Ashkenazi synagogue and one small Jewish day school, is quickly becoming one of the fastest growing Orthodox communities in the country.

While the community has been growing over the past five years or so, the pandemic has proven to be a major driver of growth for South Florida. New and longtime residents of the area say the newfound flexibility of remote work, combined with frustration over COVID restrictions elsewhere, has driven people toward the more freewheeling Florida. That migration is changing Florida’s demographics from a retirement hub for aging Jews to an exciting place to live for young families.

Rabbi Arnie Samlan, chief Jewish education officer at the Jewish Federation of Broward County, called the phenomenon the “Orthodox aliyah to Florida,” using the Hebrew term for moving to Israel.

While jobs have long been a major factor holding people back from moving to Florida — the state lacks a major hub for jobs in industries like finance and marketing that often attract Orthodox Jews in the New York area — the opportunities for remote work during the pandemic have changed that. Some companies have even moved their entire operations to Florida, bringing their employees and their families.

Max Klein moved with his wife and three children from New Milford, New Jersey, to Hollywood at the end of June following his investment firm’s relocation from New York to Miami. For Klein, the fact that his job was moving made the decision a natural one. But the perks of living in Florida sweetened the deal. 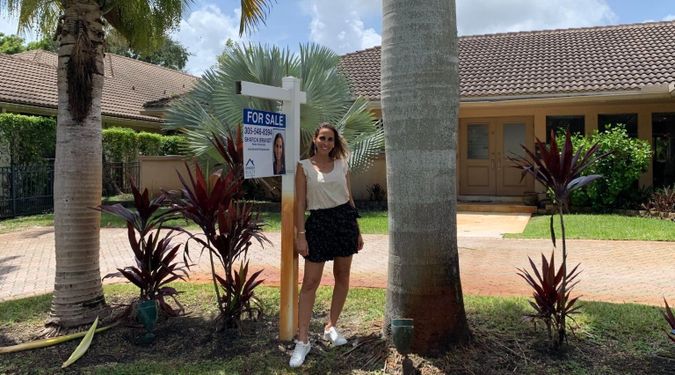 Sharon Brandt, a local realtor, said the housing market has never been tighter in Hollywood. “It’s just been insane,” she said. By Shira Hanau

Leora Cohen hadn’t fully bought into her new Florida lifestyle after moving to Hollywood from Manhattan’s Upper East Side in 2019. But when she saw her friends in New York stuck inside with their kids during the pandemic while her own kids played outside throughout the winter, she realized she could never go back.

“I miss my family, but I’m never leaving Florida,” Cohen said. She later added: “The joys of summer in New York are our entire life in Florida.”

Even at a time when COVID deaths are at a record high in Florida while mask mandates continue to be rejected, the state’s relaxed approach to containing COVID has proven a draw for some.

“There are definitely a number of political reasons people move here, the lockdowns and the way in which different states might have handled COVID,” said Fein, the principal of Brauser Maimonides Academy. “And they ended up staying. I know a bunch of families who moved here because they didn’t know when COVID was going to be over, so they came here.”

Rabbi Yosef Weinstock of the Young Israel of Hollywood said the size of his synagogue had more than doubled in the past 15 years, but the past 18 months have been a period of unprecedented growth for the community.

“On the books now we’re over 650 families, but that’s just the starting point,” Weinstock said, noting that the synagogue’s membership has grown by more than 60 families since the beginning of the pandemic. He believes there are still 200 families or so who have moved to the area but have yet to join the synagogue.

With housing stock limited in the existing Orthodox neighborhoods, newcomers have been purchasing homes farther out, leading to the creation of satellite synagogues in the new neighborhoods.

In Boca Raton, the local Orthodox synagogue has two new outposts — to the west and the east — to accommodate the communities springing up. The Young Israel of Hollywood has a satellite location in West Hollywood with its own rabbi and recently hired another rabbi at the main location to meet the needs of the growing community.

“There’s a bit of saturation,” Weinstock said of the Emerald Hills neighborhood where the Hollywood Orthodox community had been based since its founding in the 1980s.

One perk of that saturation is the explosion of the kosher dining scene in Hollywood and other parts of South Florida. In Surfside, a small beachside community, several blocks are dominated by upscale kosher restaurants ranging from steakhouses to barbecue to Japanese to Italian. In Hollywood, several large kosher grocery stores offer shelf after shelf of prepared foods and freshly made sushi daily.

Part of the growth in recent years had to do with the popularity of South Florida as a vacation spot among Orthodox Jews, according to Dani Klein, who runs the kosher restaurant site YeahThatsKosher.com. Once large numbers of Orthodox Jews started moving to Florida full time, that created even more demand for top quality kosher restaurants, which in turn draw more people to move there.

“Over the last 10 years or so, we went from having lots of kosher restaurants to lots of good, really top quality restaurants,” Klein said of the kosher food scene in South Florida. “We’ve seen Surfside emerge as the second best corridor of kosher restaurants after probably Crown Heights [in Brooklyn] in the country.”

At Brauser Maimonides Academy, the mass migration to Florida has led to waiting lists in every grade.

Fein had moved to Hollywood from New Jersey to lead the school in 2017. He has seen dozens of friends follow, turning a favored vacation spot for Orthodox Jews in the New York area into a home.

With the growth of communities across South Florida in recent years, Fein said, newcomers no longer have to sacrifice the amenities they expect, like the many kosher restaurants and grocery stores and high quality Jewish day schools they had in New York. 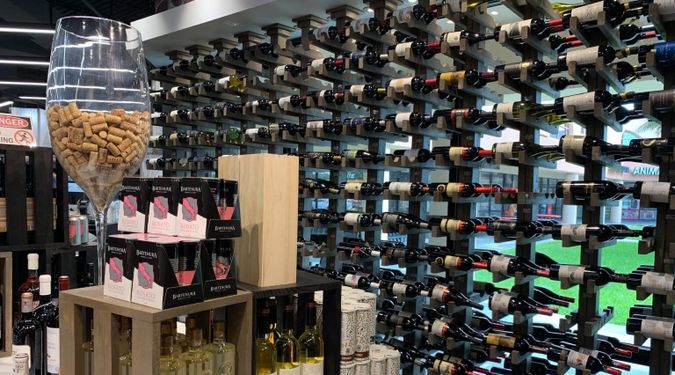 An extensive wine selection at The Grove, one of several kosher grocery stores in Hollywood. By Shira Hanau

From a student body of about 450 when Fein started four years ago, Brauser Maimonides now has about 650 students from pre-K to eighth grade — with a waitlist in every grade.

While Florida’s approach to COVID containment may prove to be a short-lived draw for Orthodox families, the economic benefits of the move, particularly when it comes to paying for Jewish day school, are likely to have a longer shelf life.

Fein said Florida’s recently expanded state-funded scholarships for private schools were a “major driver” for families who send their children to Jewish day schools. In May, Gov. Ron DeSantis signed into law a bill that would allow families earning up to $100,000 to access state-funded school vouchers. (The amount of the scholarships depends on a number of factors, including income and number of children.)

The scholarships, he said, “essentially solve the tuition crisis for a lot of families.”

For families who don’t qualify for the state-funded scholarships, the fact that Florida has no state income tax can spell a very different bottom line for families coming from high-tax states like California, New York and New Jersey.

“Beyond school choice, Jewish families who are moving like the idea of living in a state with no income tax and a government with a lighter touch,” Jacob wrote.

Even with the widespread expansion, several longtime residents said the larger community has maintained the feel of a smaller one — something that many craved during the pandemic when so many felt isolated from friends and family.

Fein said “you kind of have the best of both worlds.”

“You have a large infrastructure, kosher restaurants, choices of schools and shuls, a lot of friends in the area, but it’s also more affordable to buy a home,” he said. “I couldn’t afford a home in New York and New Jersey. Here I was able to buy my first home.”

Samlan, who moved to Miami eight years ago and recently moved to Hollywood, is renting an apartment while he waits for the right house to come up. He understands the appeal to his fellow Orthodox Jews coming from out of state.

“If you enjoy coming here for Pesach and Sukkot,” he said, “why not work here remotely?”