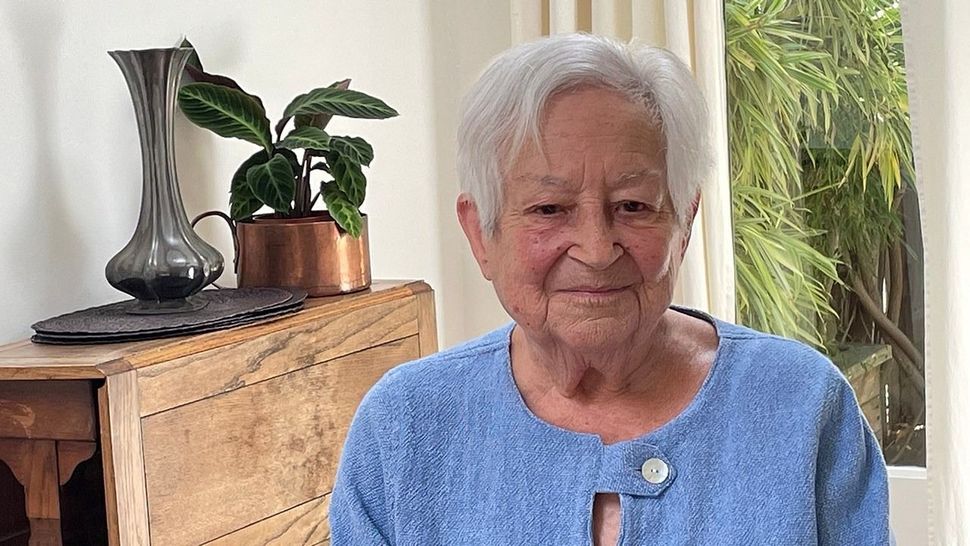 There’s a limit to what any one person can accomplish in her time on earth. Marcia Freedman managed to blow right past the limit and just kept going. 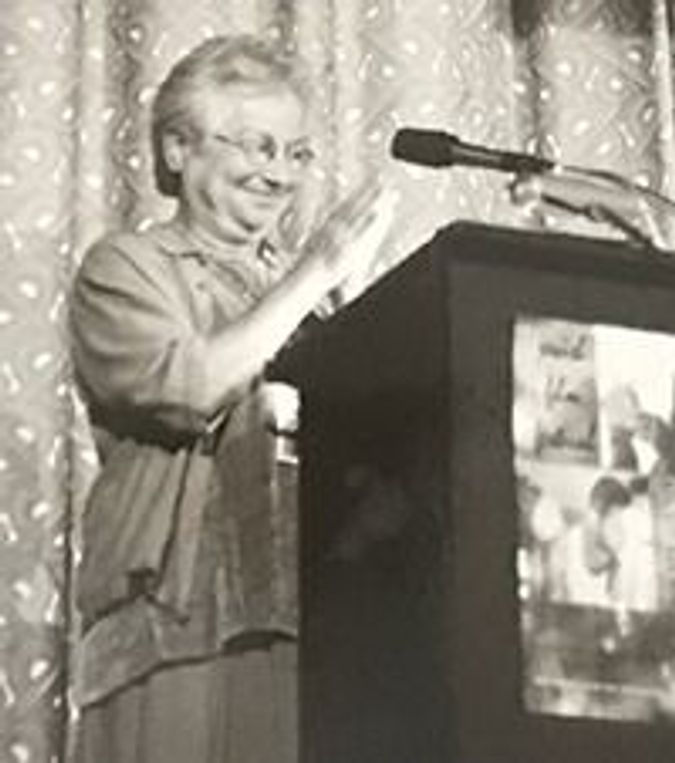 Marcia Freedman at the Castro Theatre on opening night of the S.F. Jewish Film Festival in 1999. By Richard Bermack

“She was quiet and wise,” said Janis Plotkin, who decades ago recruited Freedman to serve on the board of the S.F. Jewish Film Festival. “She was a little woman but a giant in terms of intellect, kindness, thoughtfulness and her strategic approach to problem-solving.”

Freedman’s social and political activism took many forms. Much of her work centered on Israeli politics and seeking to resolve the conflict with the Palestinians. She argued for a two-state solution long before it became a stated policy objective. As a young olah (immigrant) and Knesset member, she also fostered groundbreaking women’s rights legislation, going toe to toe with her misogynist male colleagues.

Back in the United States, in 2003 she formed Brit Tzedek v’Shalom, an organization that pressed for a two-state solution, Palestinian rights and a shared capital of Jerusalem. More recently, she worked tirelessly on behalf of Ashby Village, an East Bay nonprofit that helps home-bound seniors.

“Her personal courage was incredible,” recalled her friend Rachel Biale, a Berkeley parenting consultant and now the co-organizer of a revived Lehrhaus Judaica. “She was incredibly warm and generous.”

Born in Newark, New Jersey, in 1938, Freedman earned a master’s from NYU and simultaneously cut her teeth as an activist in the civil rights movement. Along with her then-husband Bill Freedman and daughter Jenny, she made aliyah to Israel in 1967. Soon after, she became a firebrand in Israel’s nascent feminist movement, taking her activism into the halls of power as a member of the Knesset. She served alongside famed Israeli feminist Shulamit Aloni.

“My mandate, as far as I was concerned, was to represent women’s interests,” she recalled in a 2007 interview with the Berkeley Daily Planet. “And I needed to carry the Israeli-Palestinian peace issue as well, as there was a very small minority voice [in the Knesset] on those issues.”

During Freedman’s Knesset tenure, which lasted until 1977, she advocated for women’s issues, feminist reform and rights of Arab citizens of Israel. She introduced the body’s first plenum session on the subject of violence against women. Thanks to Freedman, the Youth Ministry’s budget for girls in distress was increased and the first battered women’s shelter opened. She also introduced legislation to reform Israel’s restrictive abortion laws, and she co-founded Haifa’s Kol Ha-Isha Women’s Center.

While living in Israel, Freedman came out, becoming the first out lesbian to serve in the Knesset. She was an early advocate for Israel’s LGBTQ community, and in 2015 was named by Israel’s LGBT national task force as one of the 40 most influential figures in the history of gay rights in Israel.

Returning to the United States in 1981, she settled in Berkeley, continuing her nonstop activism. She co-founded the Women’s Computer Literacy Project and later became the director of marketing for the American Society on Aging, through which she established the Lesbian and Gay Aging Issues Network.

“Israeli politics was always a sad thing for her because things had not progressed the way she dreamed.”

Freedman was an accomplished writer, publishing her memoir, “Exile in the Promised Land,” in 1990. In 2002 she co-founded Brit Tzedek v’Shalom, a nonprofit that supported the establishment of a Palestinian state. As she told J. in 2006, “Even those who don’t agree with us are interested in knowing who we are and what we have to say, especially the Jewish ones.”

In 2010, the organization was folded into J Street.

Freedman’s interests ranged far and wide. In the 1990s, Plotkin and S.F. Jewish Film Festival founder Deborah Kaufman asked Freedman to join the organization’s board. “She was delighted to be involved,” Plotkin recalled. “She was very supportive of our desire to use the films as an opportunity for on-stage discussion with the audience, she totally supported that. She helped us in shaping the conversations on stage.”

Freedman devoted much of her energy to Ashby Village, starting with its founding 11 years ago. She served on the board and created programming, including an arts and culture speaker series and Elder Action, which mobilized members on behalf of social justice issues.

“She was amazing,” said Rochelle Lefkowitz, a fellow Ashby Village board member and close friend. “She was clear and sharp, and honed in on the right things that would move people. She was a person who thought big in the public sphere.”

Though Freedman’s advocacy for the two-state solution and justice for Palestinians never wavered, Biale noted that “Israeli politics was always a sad thing for her because things had not progressed the way she dreamed.”

But her sometimes contentious relationship with Israel was “a love relationship,” Plotkin notes. “It was aspirational with Israel. She thought we can always do better.”

Freedman loved spending time with her daughter and granddaughter. Those family ties explain in part her lifelong devotion to social action.

“She took the Jewish value of tikkun olam into almost everything that she did,” Lekfowitz said. “Her mission was to make this a better world, and not just for her granddaughter but for all of us.”

Marcia Freedman is survived by daughter Jenny Freedman and granddaughter Ella Freedman-Hague. Donations in her honor should be directed to Gun Free Kitchen Tables in Israel.