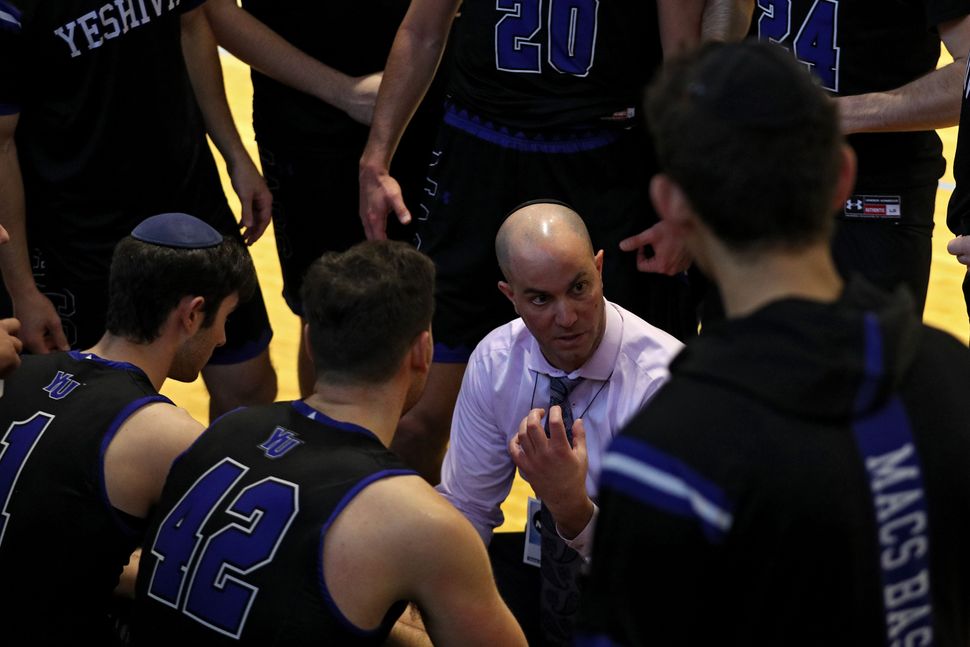 When a late-game layup put his team down by one point at Sarah Lawrence in 2020, Elliot Steinmetz, head coach of the Yeshiva University men’s basketball team, surprised fans by not calling a timeout.

“I think my players are better players than I am a coach,” he said later.

His trust was rewarded. The players raced up court and scored just before the final buzzer, notching the team’s 15th straight win. The Maccabees went on to win 35 more in a row (and counting), the second-longest winning streak in college hoops history. Y.U., where Steinmetz lettered and where he has been coaching since 2014, is now the top-ranked Division III team in the NCAA, in hot pursuit of a national championship twice denied them by pandemic cancellations. 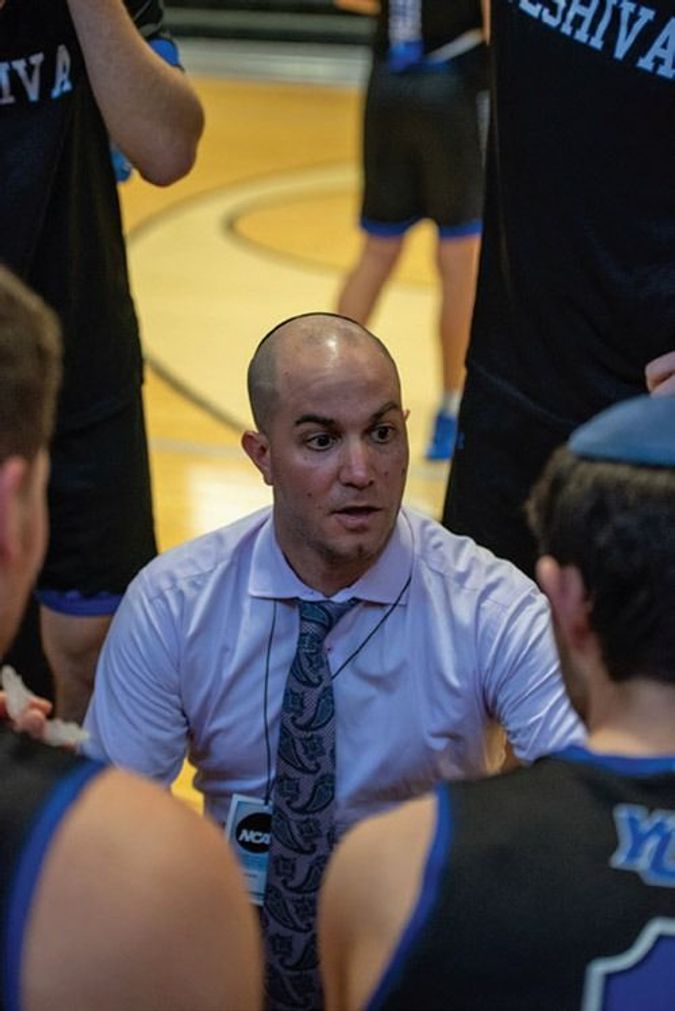 Coaching during a 2020 game at the beginning of the streak. By Patrick Smith/Getty Images

Steinmetz’s humility understates his role in the program’s success. Early on, he successfully pitched a cohort of top Jewish high-school players to commit to Yeshiva, then taught them a motion offense that the Maccabees run more sharply than any competitor in the country. Both system and streak have outlasted that cohort.

The team’s historic achievements are only part of Steinmetz’s imprint on this unprecedented year for Orthodox Jewish athletes. In July, his son, Jacob Steinmetz, became the first Orthodox player drafted by Major League Baseball. Selected by the Arizona Diamondbacks with the 77th overall pick, the younger Steinmetz, standing 6-foot-6 in cleats, has a 97 m.p.h. fastball — and a commitment to keeping Shabbat.

Which does not necessarily mean he won’t pitch on Saturdays. During high school, Jacob walked up to five miles on Shabbat to get to tournaments. Here’s hoping he can find an apartment — and a minyan — closer than that to the Diamondbacks’ Chase Field.

“I’m not a big trophy guy, I don’t really care for rings or trophies,” Elliot Steinmetz, who is 41, said in an interview earlier this year. “For me, the goals are always the same: to get better every day, try to win every time you’re out there and to represent the university and the surrounding Jewish community in a positive way.”

In his own words

What do you eat for breakfast?

What app on your Smartphone can you not live without?

Sitting in synagogue on Shabbat mornings with my father.

Who is your hero?

My children. Watching them navigate this difficult and stressful world we are living in with poise, class and minimal complaining is inspiring.

Tell us about a book you read, movie you watched, TV show you streamed or podcast you listened to in 2021 — or one of each!

I don’t watch much TV or many movies. A recent book I read (though probably pre-2021) was “New York,” by Edward Rutherford. It chronicles the birth and growth of New York City from the 17th century onward. I found it to be a brilliant piece of historical fiction that touches on the history of New York City and its diversity as well as the growth of the real estate industry throughout each century.

What’s one thing you always do (or try to) on Friday night or Saturday?

Catch up on sleep.