Hannah Einbinder at the Emmys. Image by Getty Images

Hannah Einbinder comes from comedy royalty; her mom, Laraine Newman, was part of the original cast of Saturday Night Live and her father, Chad Einbinder, is a writer, performer and director. Hannah herself was the youngest stand-up to perform a set on “The Late Show with Stephen Colbert” at 23 and now, three years later, is nominated for an Emmy and a Golden Globe for her lead role in “Hacks,” a comedy series about stand-up comedy.

But the path wasn’t always smooth. Einbinder said in an interview that growing up, an Adderall prescription blunted her creativity, and she was more interested in being a cheerleader than a comic, something her mother scoffed at. (“A Jewish cheerleader?” Newman said.) 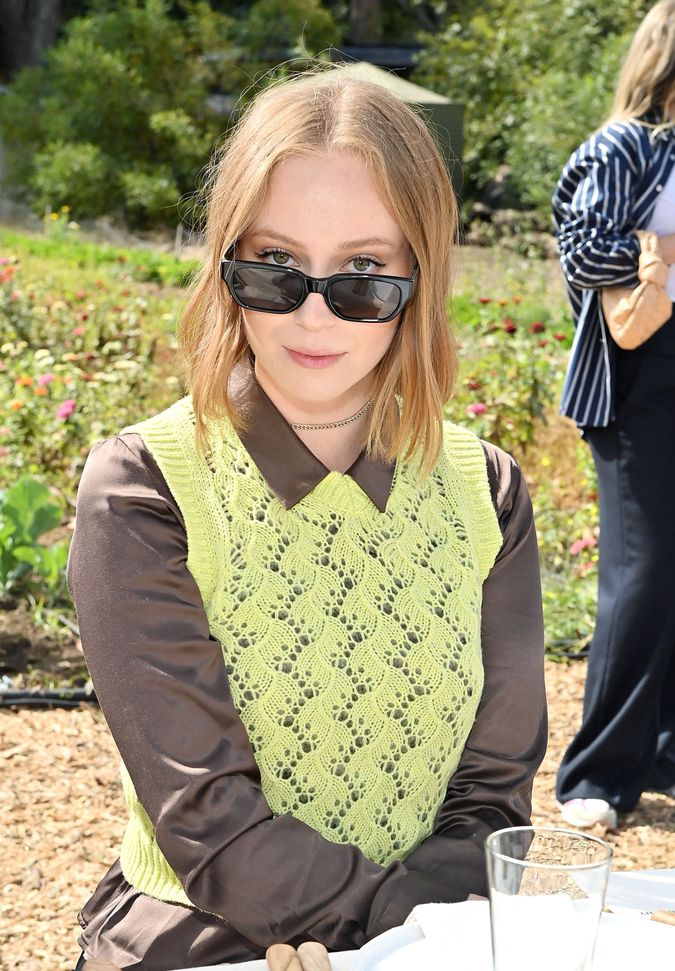 Einbinder came to comedy in college, when she skipped her meds for an audition for an improv group, and got in. She later found stand-up success in Los Angeles comedy clubs and opened for Chelsea Handler on tour.

Of course, joining the family business can be complicated. Instead of pushing Einbinder to be a doctor or a lawyer, Newman pushed her to work on voices and impressions. And Einbinder has said the transition from standup to screen was stressful: “My demons were on call 24 hours a day.”

This comes out In “Hacks,” where Einbinder’s character, Ava, is a lapsed Catholic. Though Einbinder wears a Star of David pendant in interviews, the role feels otherwise autobiographical: a Gen Z, bisexual comic, an edgy misfit on a journey of self-discovery, butting heads with the Joan Rivers-inspired star she writes jokes for.

With “Hacks” renewed, in award contention and on many of the year’s best-of-TV lists, Einbinder has returned to the stand-up circuit, booking major venues such as The Bell House in Brooklyn.

It’s unclear what exactly is next — Einbinder is still forging her brand, and “Hacks” ended on a cliffhanger — but it’s clear that Einbinder is one to watch.

Through a spokesman, Ethan Stern of 3 Arts, Einbinder declined to fill out our Shortlist questionnaire.