Jonathan Greenblatt, CEO of the Anti-Defamation League, at the NCLR annual conference on July 10, 2017 Image by Screenshot

The rise of antisemitic violence in recent years, the growing criticism of Israel and the rise of fringe elements on both sides of the political spectrum pose a real threat to the wellbeing of Jews in America, Jonathan Greenblatt, chief executive of the Anti-Defamation League, suggests in a new book set to be released on Tuesday.

“Sometimes people mock this Jewish tendency – we’ve all heard jokes about the anxiety of Jewish mothers – but its roots are very real,” Greenblatt writes in the book, titled “It Could Happen Here: Why America Is Tipping from Hate to the Unthinkable ― And How We Can Stop It,” an advanced copy of which was obtained by the Forward. “My fear is that if we allow hate to go unchecked, we might well look back on this moment as the turning point at which America became unraveled and the American berserk came into ascendence.”

In the book, Greenblatt details his role in responding to major antisemitic incidents since he assumed the position in 2015 and offers advice on how to tackle it. He also highlights the steady rise of antisemitism on social media and in the political discourse and the spike in anti-Zionism.

Below are a few key excerpts:

In the shades of Donald Trump

Greenblatt dedicates a good portion of the introduction to the rise of Donald Trump and his four-year presidency. “Extremists took advantage of the political cover Trump offered them not just to commit acts of violence but to enter the political discourse, further normalizing hate,” he writes. “When a political leader, especially one with the tremendous reach and influence of President Trump, not only fails to condemn hate but actively encourages it, the entire tone of our nation’s discourse shifts.” 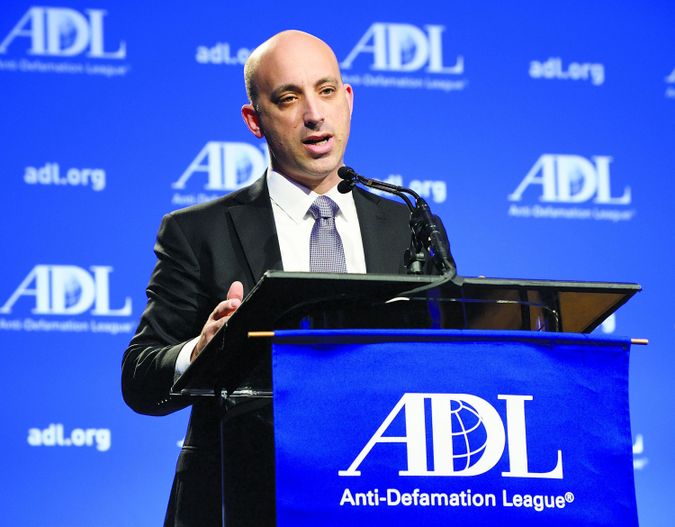 Greenblatt writes that it was “reassuring to see” Trump leave office in 2021, but also bemoaned the fact that he almost got re-elected for a second term. “Over seventy-four million people – 47 percent of the electorate – had voted for him,” he noted. “If just a few more counties in the United States had gone Trump’s way, he would have won.”

Professor Gregory Stanton, founder and president of Genocide Watch, is quoted in the book as suggesting that Trump’s big lie about the election results is equivalent to Adolf Hitler’s claim that Jews and other civilians betrayed Germany during World War I.

“In this environment, with hatred seething around us, the arrival of another demagogue – one smarter and more disciplined than Donald Trump – is all it would take to produce an explosion of violence, mass death, and the destruction of our society and democracy,” Greenblatt warns.

Calling out hate on both sides

Greenblatt writes that elected officials bear the responsibility for calling out hate regardless of their party affiliations. “We can’t allow a hierarchy in which members of one’s own group are more protected from hate – and excused from hating – than members of other groups,” he writes, citing hateful and antisemitic remarks by Republican and Democratic politicians in recent years. 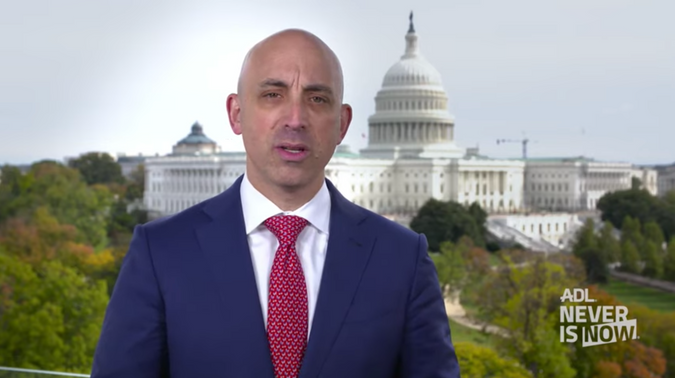 He recalls a 2017 conversation he had with Natan Sharansky, a political prisoner in the Soviet Union, who emphasized that calling out hate has far more power when calling it out among friends. “If you are a progressive, you can’t blind yourself to liberal politicians who spread hate, even if they do it in the name of progressivism,” he writes. When you speak out against that type of intolerance, you gain far more currency than if you limit yourself to simply taking down someone from the other side. If you’re a conservative, the same rule applies.”

Greenblatt also cautions against the polarization that exists in Washington, D.C. where opponents are treated as enemies and compromise is tantamount to surrender.

Cancel culture on the left

Greenblatt laments the “outburst of cancel-culture” in recent years on the way he has taken the organization in the fight against antisemitism and anti-Zionism.

In 2020, a number of progressive and civil rights groups led a boycott campaign called “Drop the ADL” over the 108-year-old Jewish advocacy organization’s support for Israel. In 2018, activists including the then-leaders of the Women’s March lobbied Starbucks to remove the ADL from an anti-bias training for employees.

He recounts the backlash he received from pro-Israel groups and progressives alike when he accepted an invitation​​ to address the annual J Street U conference, a liberal pro-peace organization, in 2016. “News of my remarks spawned a series of angry denunciations, outraged op-eds, and furious phone calls from right-wing commentators,” he writes.

He described internal discussions he had with his team about reaching out to activists of IfNotNow, a movement devoted to ending the Israeli occupation in the West Bank, who were protesting outside the ADL offices after the conference. Upon the recommendation of some of his younger staffers, who urged him to defuse the situation, Greenblatt posted a message on social media inviting them to meet, to which they declined. “The agitators didn’t want to meet with us,” he writes. “This was about posturing for effect, not pushing for actual change. They didn’t want dialogue because they literally had nothing to say to us. It was cancel-culture through and through.”

Greenblatt concludes, “At its worst and most extreme, the impulse to cancel others rather than engage with them can express naked bigotry, potentially leading to violence.”