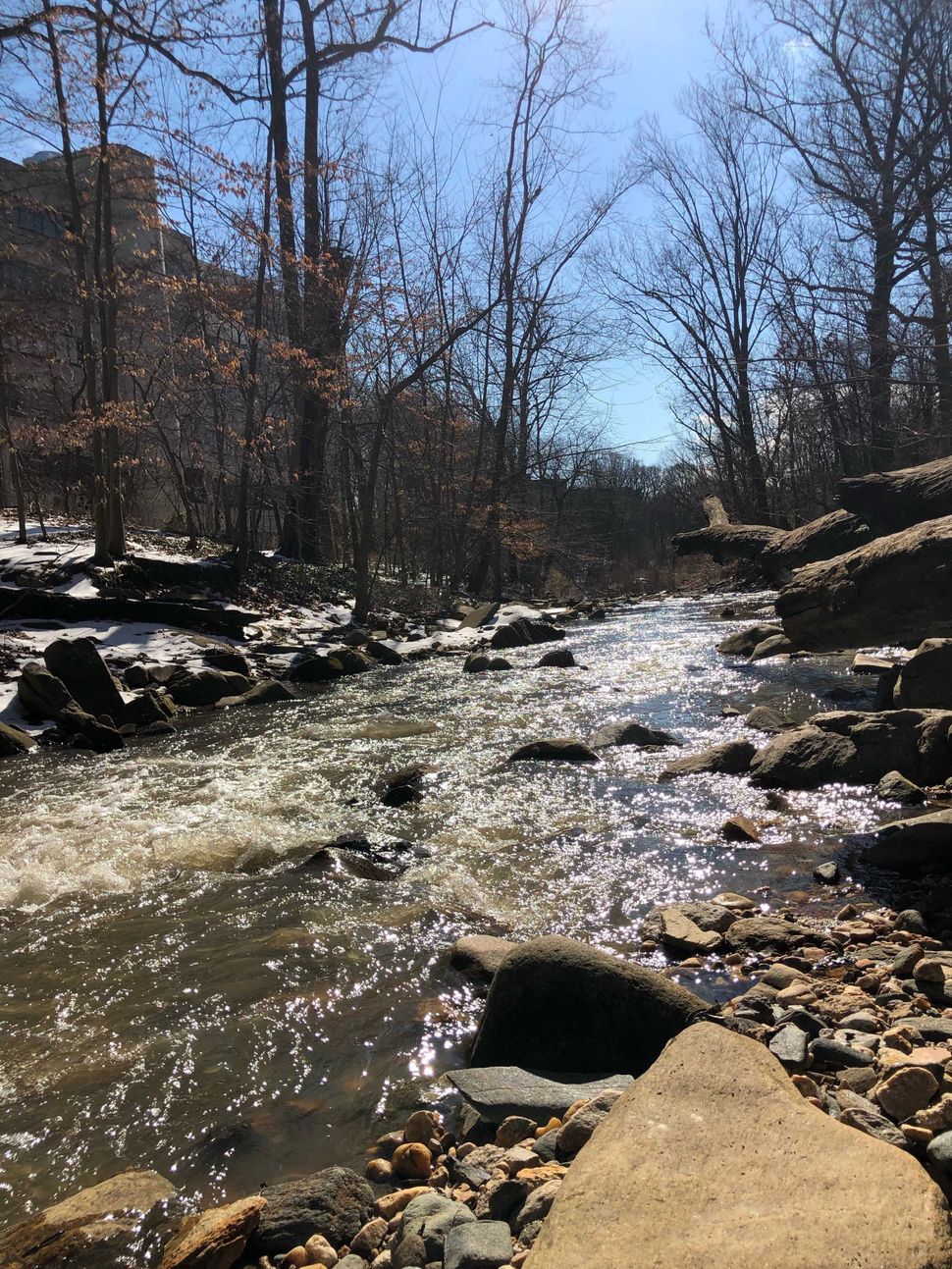 Stony Run is a tributary stream of Jones Falls in Baltimore. Photo by Rudy Malcom

On March 29, 1968, less than a week before his assassination, Martin Luther King Jr. went to Memphis to support a strike by Black sanitation workers who were exposed to hazardous chemicals and dirty air and water on a daily basis — far more often than their white counterparts, and for far less pay. That strike helped plant the seeds for the environmental justice movement, in particular its recognition that racial justice cannot be achieved without healthier living and working conditions for people of color.

54 years later, this year MLK Day fell on the same day as Tu B’Shvat, the Jewish New Year of the Trees.

For KeSean Johnson, a Baltimore-based filmmaker and military veteran who is Black and Jewish, that coincidence is “really special.”

Johnson is a program associate for the Baltimore chapter of Repair the World, which mobilizes Jews to pursue social justice and, on Monday, marked the dual holiday with an online discussion about environmental stewardship and how it relates to both Judaism and King’s legacy.

As Jews, it is important to understand “our legacy and tradition of being stewards of the environment and fighting for racial justice,” said Rachel McGrain, Repair the World’s Baltimore city director, in an interview.

“Standing on the shoulders of Dr. King and those who came before me is my way of saying, ‘I’m part of that same tree,’” Johnson, who identifies as an American Descendant of Slavery, said in an interview.

Monday’s Repair the World discussion was held in partnership with Bolton Street Synagogue, a Reform congregation in Baltimore, and Friends of the Jones Falls, a nonprofit that aims to preserve and enhance the Jones Falls, an 18-mile stream that runs through the city and county.

“Dr. King had a dream of racial justice and worked for a better world,” said Rabbi Andy Gordon of Bolton Street Synagogue. “There’s a lot of similarities to Tu B’Shvat, a moment to have a dream about the world that could be — and take care of the world, too.” 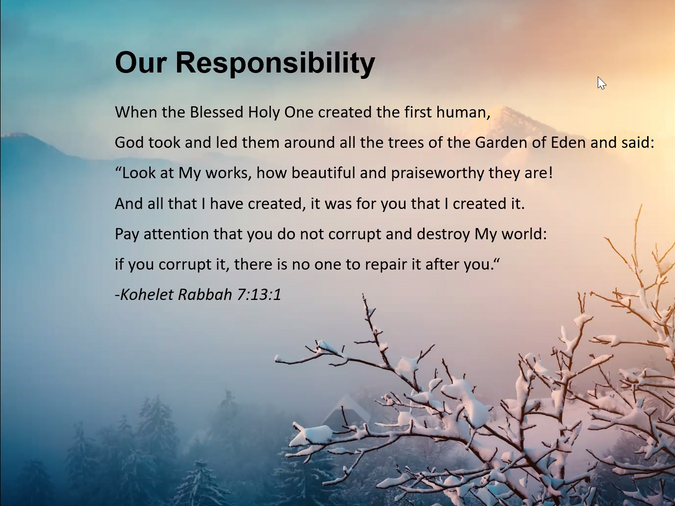 During the event, gardener Debbie Swartz — who co-chairs the Bay-Wise Master Gardening program in Baltimore, which aims to protect the Chesapeake Bay from storm water runoff — advised readers to take care of the world by planting native plants in their gardens. Native plants provide food and shelter for wildlife, she said, whereas some non-native plants don’t “help anything in the system in any way.”

“There’s an invasive species original to the United States, and it has been known to choke off dreams and goals. It can impact entire communities, and in its worst configuration, it can even cause death,” he said. “That species is called white supremacy.”

“In the spirit of Tu B’Shvat, as a community, let’s take a look at our tree — not a literal tree, but a figurative one — and fix it for the future,” he said.

Like King, he said, we must harness the power of the spoken word and non-violence to fight against white supremacy. “Im yirtzeh Hashem, God willing, we will make America into the land ripe with not milk and honey but equity and equality, to create the country that we and our ancestors were promised it could be,” he said.

David Goldman, vice president of Friends of the Jones Falls, noted that trees and green spaces in cities can strengthen ties between neighborhoods and make them healthier by removing carbon dioxide — a greenhouse gas contributing to climate change — from the air during photosynthesis.

In Baltimore, rates of asthma-related hospitalizations are nearly three times higher than the national average — in part because Black neighborhoods redlined in the 1930s have fewer trees and green spaces and are disproportionately exposed to air pollutants and environmental hazards.

The event was initially planned as a stream cleanup along Jones Falls, as MLK Day is — unlike all other federal holidays — dedicated as a national day of service. However, due to concerns over the spread of the omicron variant, the stream cleanup is now scheduled to take place in the spring.

That rescheduling poignantly illustrated one of Johnson’s points about the significance of MLK Day and Tu B’Shvat falling on the same day. Just as with ecological efforts, it’s important, he said, to remain dedicated to racial justice year-round.

“We can be intentional every day,” he said, “and that’s how we can build a tree of togetherness that will usher in a new America.”