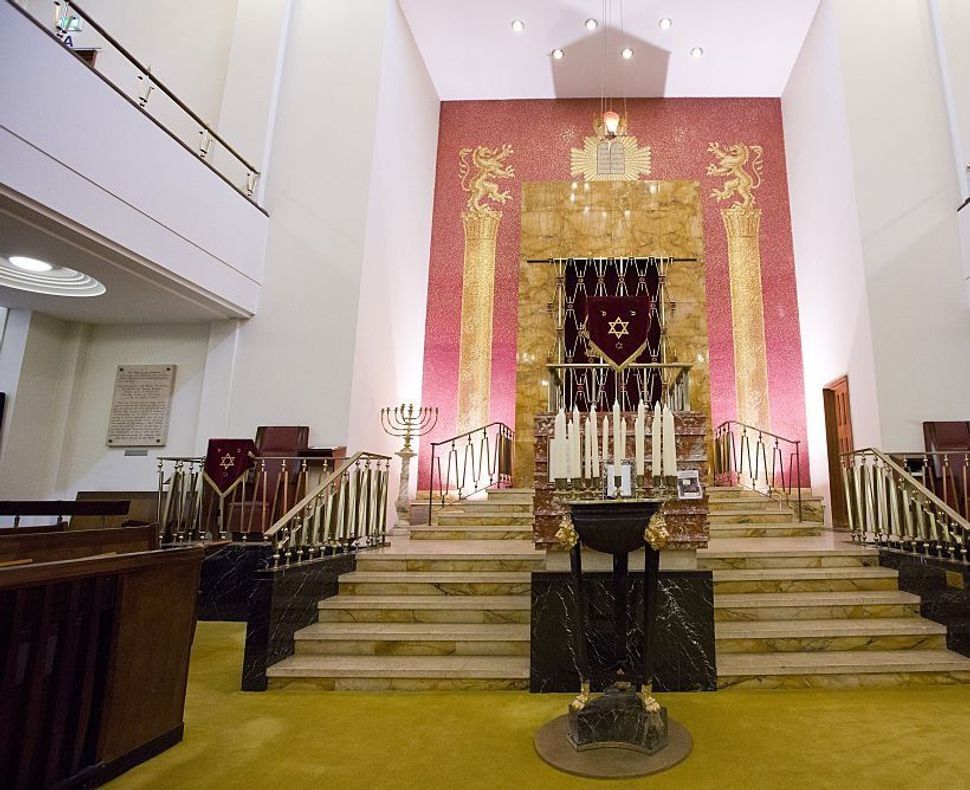 LONDON, England – As American Jews are grappling with how to maximize security measures, concerned about their safety, Jewish leaders in the United Kingdom are cautioning against panic in the aftermath of Saturday’s attack at Congregation Beth Israel in Colleyville, Texas.

“I don’t think the fact of anti-Jewish terrorism came as a shock to anyone,” said Dave Rich, head of policy at the Community Security Trust, an organization that provides safety and security measures to the U.K. Jewish community. “Sadly it’s a threat and a problem that we’re familiar with and already have a lot of security in the Jewish community in this country to try and prevent this kind of attack from happening here.”

Rich suggested that the fact that the terrorist, Malik Faisal Akram, chose to fly from Blackburn, Lancashire, a town close to Britain’s second-largest Jewish community in Manchester, to target a synagogue in the U.S. “just highlights why we have to have the security that we have.”

The CST, with some 1,500 volunteers, receives £14 million in funding from the British government to provide security measures at Jewish schools and synagogues. Without going into details, Rich said his organization has used the government funding, in addition to individual contributions, to “beef up the physical security infrastructure that would make it difficult as possible for a terrorist to get into a Jewish building” or to attack Jews outside the community’s buildings.

“Going into synagogues is now akin to going into a fortress,” said Geoffrey Alderman, a professor at the University of Buckingham and a member of the Federation of Synagogues, an Orthodox umbrella body in Hendon, London.

In the Orthodox neighborhoods of North and East London, the Shomrim, a private patrol group, monitors the local synagogues and provides emergency services to isolated incidents. Rabbi Herschel Gluck, president of Shomrim in Stamford Hill, said his group of 30 volunteers “provide the community a security blanket 365 days a year.”

But Gluck maintained that the security “is alway adequate vis-à-vis the current situation,” and that leaders are in regular communication with the relevant authorities regarding threats and security concerns. Gluck is also founder of the Muslim-Jewish Forum, an interfaith relations group dedicated to engagement and defusing tension between the two communities.

Rich said that as the hostage-taking incident was unfolding, the CST sent out messages across the Jewish community and alerted their volunteers about the steps they were taking to make sure the security measures were properly implemented. The attack, he said, “fit the pattern” of the kind of terror threats the Jewish community in Britain is concerned about in general. The most recent CST report on antisemitism showed the first six months of 2021 had the highest total of antisemitic incidents the group has ever recorded in the first half of any year since it started in 1984 and higher than every full-year incident total prior to 2016.

Alderman, who is an author and a historian on the Jewish community in England, said that he is worried about the safety of the Jewish community as a result of increased antisemitic activities and homegrown anti-Jewish terrorism that, in his view, come from “pockets of immigrant settlement in the U.K. which has proved themselves to be fertile grounds for breeding antisemitic conspiracy theories.”

That the terrorist who carried out the attack on the Texas synagogue actually came from England “must be a worry,” he added. Alderman pointed out that that hostage standoff “proved to be a grave error” amid reports that Rabbi Charlie Cytron-Walker welcomed Akram into the building after he claimed to be homeless and seeking shelter.

“What I’m stressing is we have been in this situation for some time,” Alderman said. “I don’t sense any sort of panic or heightened fear as a result of the Texas incident.”

As rabbis across the U.S. are wondering whether increased security would complicate the Biblical imperatives of welcoming the stranger, Rich said the CST has always sought to strike that balance – “keeping everyone safe, keeping potential hostile actors out, without making Jewish buildings forbidding fortresses that people won’t want to go to.”