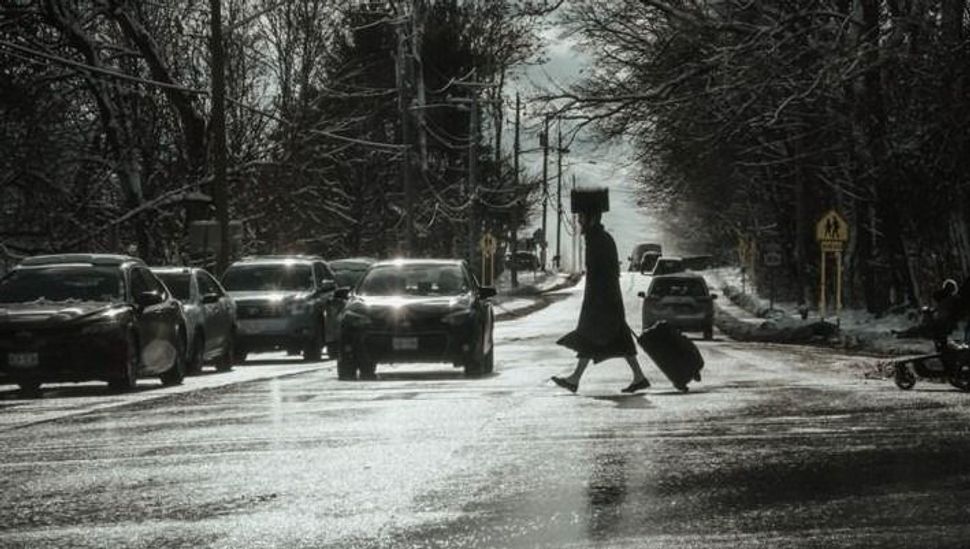 Orthodox leaders are welcoming newly drawn lines that could for the first time give a member of the upstate New York community a shot at a seat in the state legislature.

A new Rockland County district is the good news for Orthodox Jews looking for more representation in Washington and Albany, where the Democratically controlled state legislature is expected to approve a redistricting plan. Democratic Gov. Kathy Hochul has said she will approve the plan.

But redistricting also brought the Orthodox some disappointments.

At the Congressional level, they were gerrymandered into Democratic strongholds in which they have little chance of influencing electoral outcomes. At the state level, their bid to consolidate the Hasidic community into a “Super Jewish” Assembly district — led by Orthodox leaders in Monsey and Jewish Democratic officials — failed.

They achieved a partial victory with the redrawing of the 97th Assembly district in Rockland County, which includes about 60 percent of the area they had hoped to politically consolidate and creates the second Orthodox-majority Assembly district in the state. (The first is in Brooklyn, which is also the location of the state’s only Orthodox-majority Senate district.) The new 97th includes a majority of the Hasidic neighborhoods in the town of Ramapo, which is home to about 150,000 people.

The district is currently represented by Michael Lawler, a first-term Republican who ousted longtime Assemblywoman Ellen Jaffee in 2020. Lawler is not Jewish. Jaffee is, but not Orthodox and has had some rough relations with Orthodox constituents. Aron Wieder, an Orthodox Jew and Rockland County legislator since 2012, told the Forward that he is “seriously considering” running for the seat in the June 28 Democratic primary and hopes “to make an announcement fairly soon.”

The push for a “Super Jewish” district

Rockland County has the largest Jewish population per capita of any county in the United States, according to state data. But while the Orthodox community in New York City is represented in Albany by three lawmakers — Assemblyman Simcha Eichenstein and State Sen. Simcha Felder in Brooklyn, and Assemblyman Dan Rosenthal in Queens –- the upstate community has been dispersed among three districts in Rockland and Orange Counties. That diluted Orthodox influence.

“There’s a long-standing precedent in redistricting that you want to keep communities of interests together,” said David Greenfield, chief executive of the Met Council, a Jewish anti-poverty agency. “Yet the Orthodox community in Rockland, which is the fastest-growing Orthodox community in the state, has effectively been shut out of the political process.” 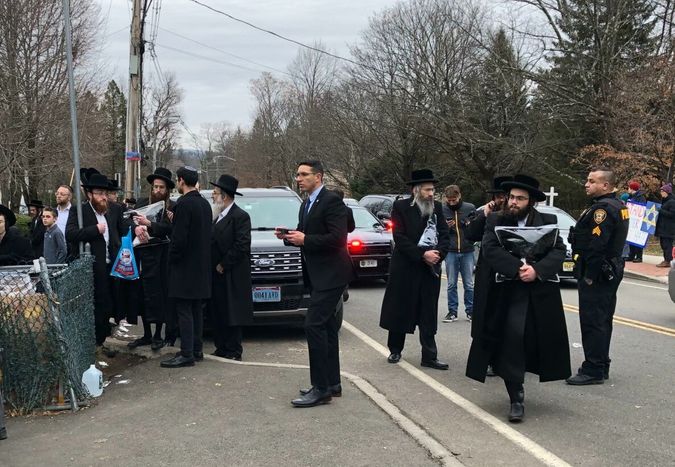 Hasidic Jews gathered outside the home of the horrific stabbing attack in Monsey, N.Y. on the last day of Hanukkah, Dec. 28, 2019. Image by Jacob Kornbluh

Determined to increase Orthodox clout in Albany, Greenfield teamed up with Eichenstein, the state’s first Hasidic state lawmaker. They worked with the Orthodox mayors of Kaser and New Square and Rabbi Hersh Horowitz, the executive director of the Monsey-based Community Outreach Center.

One Orthodox leader, who spoke on condition of anonymity to share details of the effort, said the group spent hours with legislative leaders and others tasked to draw new district lines, arguing that the Orthodox community was underserved in Albany, and deserved the proportional representation afforded to other minority communities across the state. Weider testified in front of the redistricting commission twice. The group avoided talking publicly of their lobbying, reasoning that it could provoke pushback. And they promised the Democrat leadership, he said, that they would always support the Democratic Party.

Eichenstein said that he had pushed for the supermajority Jewish district so that the Orthodox community would be guaranteed a voice. It’s “desperately needed right now,” he said, given rising antisemitism. But though there will be no such “super” district, at least in this round of redistricting, he said he’s still pleased with the new majority Jewish district in Rockland County, calling it “an important step in the right direction in unifying an underrepresented community of interest.”

The new district underscores the influence of New York’s Orthodox voting blocs, which were instrumental in the election of Eric Adams as mayor of New York City last year. Jewish voters -– Orthodox and non-Orthodox — make up an estimated 15% of the electorate in New York’s Democratic primaries.

But that influence did not extend to other Orthodox communities during redistricting. Another leader who lobbied for the new district lines said that only in Rockland County will the Orthodox community benefit. Orthodox areas such as Williamsburg in Brooklyn, the Village of Kiryas Joel in Orange County and the South Shore of Long Island were split up into separate districts.

The new upstate district has approximately 71,000 voters -– including 42,000 who live in the heavily-Hasidic Town of Ramapo, according to Yossi Gestetner, a marketing executive and head of the Orthodox Jewish Public Affairs Council (OJPAC). The district also has a significant African American and Haitian American population. The election of a Hasidic representative is not guaranteed.

Greenfield, of the Met Council, described the new district as a “tremendous step forward” for the Orthodox community in Rockland County because it will give them a chance to send one of their own to Albany. Weider, the Orthodox county legislator who is considering running for the seat, received 40% of the vote as the Democratic nominee in the neighboring 98th Assembly district in 2016, the year Donald Trump won the presidency. Many consider him a frontrunner for new district in this year’s general election if he wins the primary. 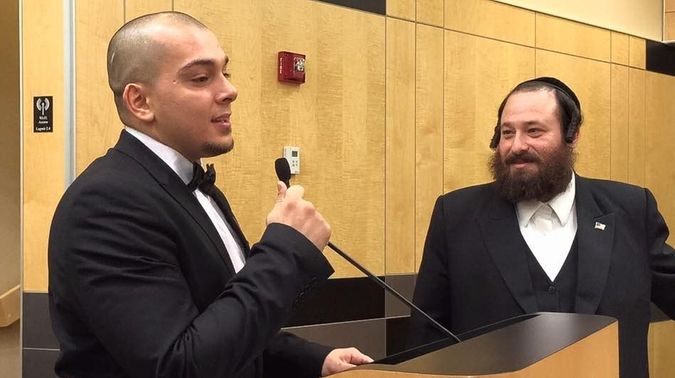 Aron Weider, a Hasidic Rockland County legislator (on the right), honors Joey Resto, who gave his shirt to a homeless man, on Jan. 20, 2016

But Gestetner pointed out that though the district would be majority Orthodox, its electorate might not be, because a large portion of the community is under 18. “This community has been sandbagged because the largest population growth in Rockland County the last decade was among Orthodox Jews, yet chunks of this population are simply not in this district,” said Gestetner.

The Orthodox deserved a much more favorable outcome from redistricting, he said, calling it “a cheap if not bigoted effort” to keep Orthodox Jews “at an electoral and legislative disadvantage.”

Weider, whose district was only 10% Jewish when he first ran for the Rockland County legislature, said he has proved that he can win the support of other minority voting blocs. “I know how to build bridges, maintain bridges and enhance bridges,” Weider said. “I have done that for my entire district and hopefully, if I decide to run for the Assembly, I will continue in that fashion.”

Lawler, who now represents the district, lives in the Republican-leaning Town of Orangetown. He wrote in an email to supporters on Wednesday that he would consider running for Congress in the redrawn 17th congressional district, which has become more favorable for Republicans since 2020.