In France, women found a school of their own to study ancient Jewish texts 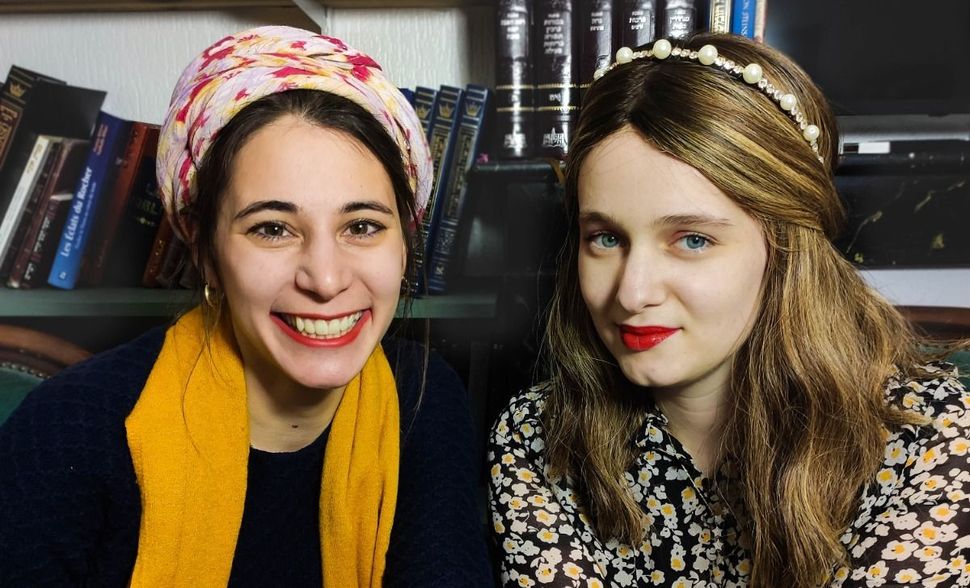 Tali Trèves-Fitoussi and Myriam Ackerman Sommer, the founders of Kol-Elles. 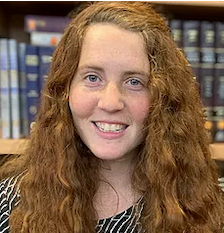 Though France is home to the world’s third largest Jewish community, Tali Trèves-Fitoussi, 29, and Myriam Ackerman Sommer, 25, had no place to seriously study Torah and Talmud with other women. They were looking for rigor, and the few programs organized for Jewish women in the past had been short-lived, or presented few opportunities for in-depth study.

So they built a school themselves.

They call it “Kol-Elles,” a play on the word kollel — in Hebrew, a school for the advanced study or Torah and rabbinic literature — and “elles” or the feminine version of “they” in French. It embraces an Orthodox perspective, but also a feminist one.

“I wanted to create a space where I could find women to talk to, who loved Torah as much as me,” said Trèves-Fitoussi, who works in digital marketing.

Now a year old, Paris-based Kol-Elles enrolls 200 women from across France. Of various levels of Jewish observance, they range in age from 20 to 70. Teachers are both male and female and include Trèves-Fitoussi and Ackerman Sommer, who was raised in the south of France and is the first French rabbinical student at New York’s Yeshivat Maharat, the pioneering program to train Orthodox women clergy.

In 2017, she and her husband, Emile Ackerman, who is studying to be a rabbi in New York, founded Ayeka in Paris, a co-ed study group for young Jewish professionals. But Ackerman Sommer and Trèves-Fitoussi said they knew many Jewish women craved a school of their own, one devoted to women’s learning.

“So many women have come to us and said thank you for creating a space where we can learn together and create a sense of community together,” said Trèves-Fitoussi.

Among the offerings on the school calendar this year is a Daf Yomi class — a daily study of Talmud —- and courses on Jewish women’s leadership and the teachings of Maimonides.

Since its founding, the school has awarded scholarships to eight women. The prerequisite for all students: a strong grounding in ancient Hebrew.

Kol-Elles also teaches through social media, with nearly 2,000 followers on Instagram and Facebook. Though its lectures and study sessions are serious, the program often takes a lighter approach on Instagram. A quiz on a Torah portion, for example, includes cartoon figures and popular music. 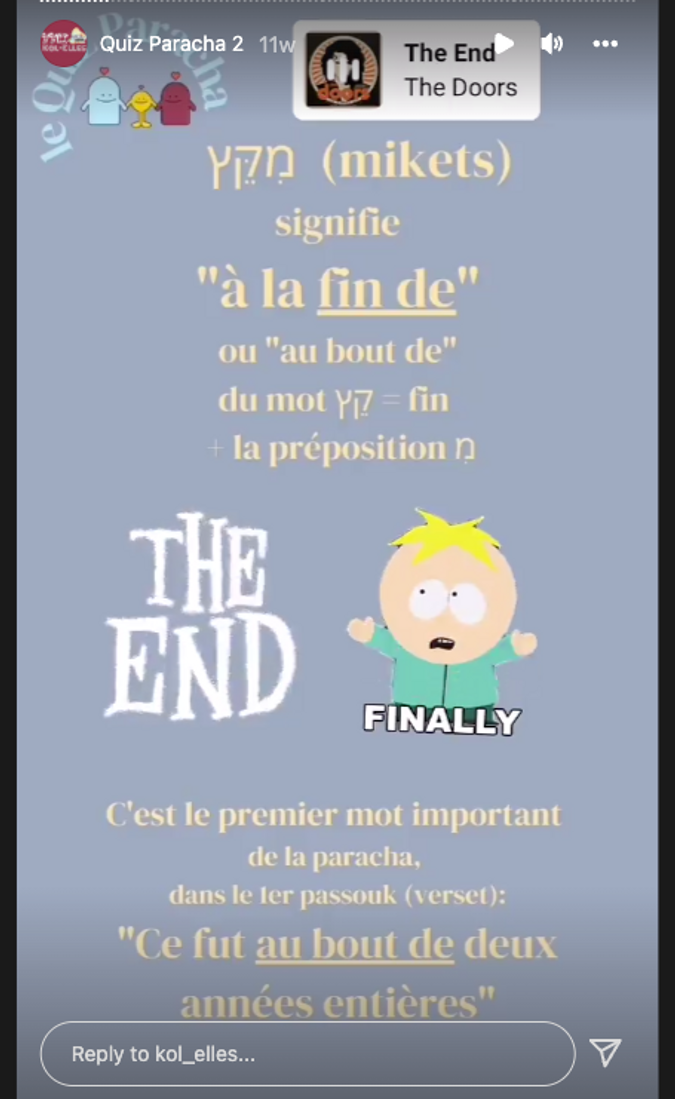 Kol-Elles, a school for French Jewish women to study ancient Jewish texts, tends to take a lighter approach to the material on its Instagram page.

Its goal is to grow the school, build a corps of French Jewish women teachers and help students share their learning as widely as possible. Ackerman Sommer wants her students to publish articles in scholarly publications, but also to create podcasts and Instagram posts.

She noted that traditional Jewish study halls are bereft of works by women. “This might have been the case in any library a century or two centuries ago, that most books would have been written by men, but secular society has since caught up and Orthodox Jewish women are left behind,” she said.

But that could be changing.

“The first Kol-Elles was supposed to be 10 of our friends on our couch and instead it became a movement,” said Trèves-Fitoussi.

Nomi Kaltermann is an Australian lawyer who writes regularly on Jewish life and culture.

In France, women found a school of their own to study ancient Jewish texts