As in-person Seders return, some vulnerable Jews are being left behind 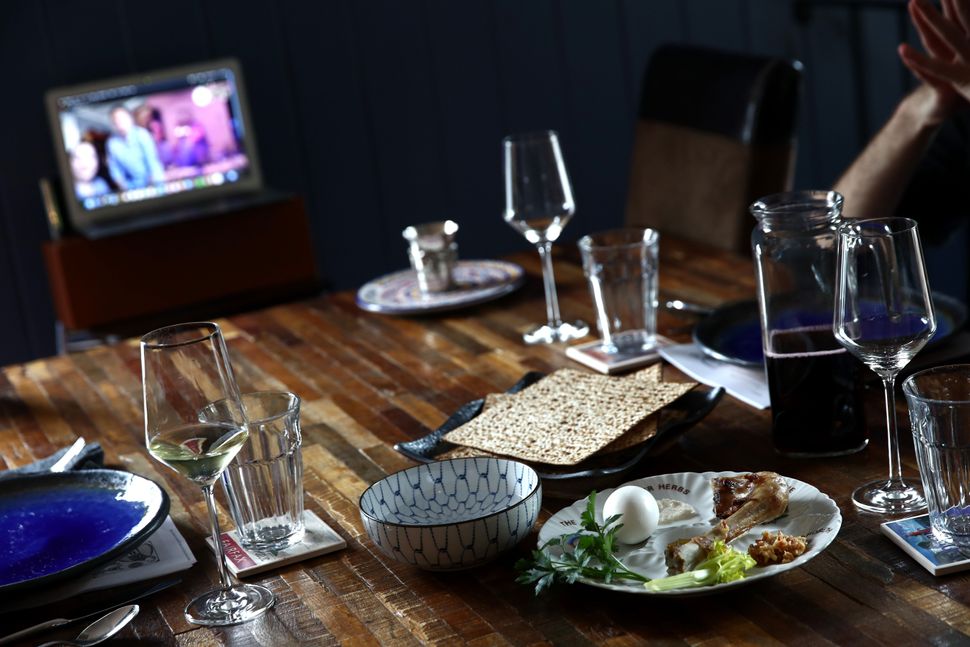 Seder on Zoom By Getty Images

Jacob Speaks will never forget the Passover Seder where one of the attendees taped the afikoman to a mirror. His niece kept walking right past, but did not see it even as the adults exclaimed “hotter!” and “colder!” Years later, it remains a family joke: “You know, if you can’t find your keys but they’re in your pocket,” he said, “they’re in the ‘afikoman spot.’”

Before the pandemic, Passover was when Speaks, who is 49 and lives in Easthampton, Massachusetts, was most likely to see his extended family. He has transverse myelitis, a neurological condition that requires him to lay flat most of the time, so his mom’s cousin, who hosted Seders in nearby Amherst, would set up a couch for him next to the table.

But the condition also means Speaks is immunocompromised, so this year he and his wife will stay home again, Zooming in just to say hi to the family that’s gathered in Amherst and celebrating with two other virtual Seders. 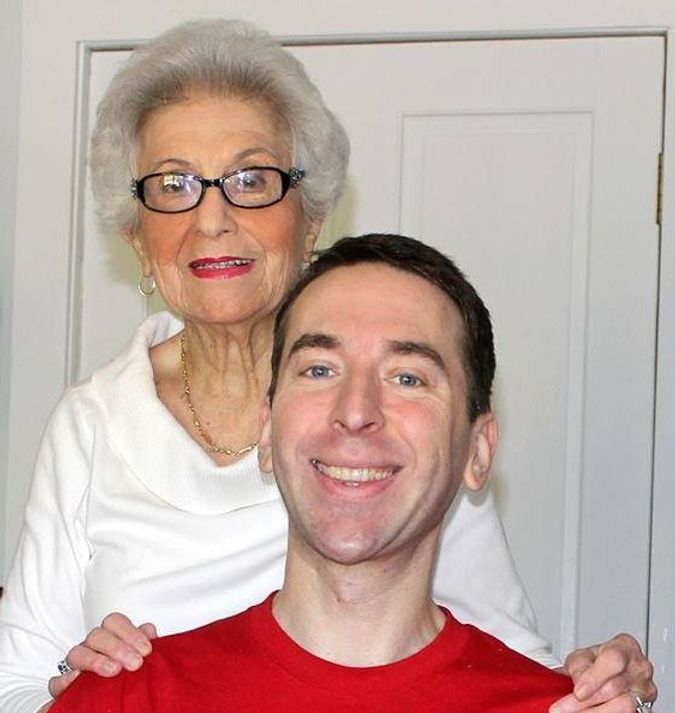 Staying Away From This Year’s Seder: Jacob Speaks has transverse myelitis, a neurological condition that requires him to lay flat most of the time, so when he attended Seders in nearby Amherst, a couch would be set up for him next to the table. Courtesy of Jacob Speaks

“There’s something really magical about everyone being around the same Seder plate,” he said. “There’s something so delightful about watching young people find the afikomen.” But with the relaxation of masking and a new COVID surge in the Northeast, Speaks added, “it’s just not safe for me.”

Many American Jews are gearing up for a return to the large, in-person Seders they knew before 2020. But for those like Speaks who remain at high risk for serious illness if they are infected with the virus, gathering to eat, drink and sing indoors just feels too dangerous. Others are seeing their Passover plans upended this week by positive COVID tests as cases rise across the country for the first time in two months.

Joan Galkin, 77, said she plans to prepare her family’s favorite haroset, matzo balls she makes from scratch and maybe a roast chicken. But she will not be sharing them with her son, daughter-in-law, grandkids or anyone else in attendance at the Seder she’s not going to. Instead, it’ll be just Galkin and her husband in their Upper East Side apartment.

Galkin, who had a kidney transplant about 15 years ago, takes medications that suppress her immune system to ensure her body doesn’t treat the organ like a foreign invader. So, although she is double-vaxxed and double-boosted, she has not developed antibodies, and her doctors say she should behave like she is unvaccinated — and at high risk.

‘Petrified to Go Out:’ Although she is double-vaxxed and double-boosted, she has not developed antibodies, Joan Galkin had a kidney transplant and her doctors say she should behave like she is unvaccinated — and at high risk. Courtesy of Joan Galkin

Galkin said she used to go to the theater about once a week. These days, she does not even go to the supermarket, and waits for an empty elevator so she can ride solo up to her apartment.

“There’s so much I’m missing,” she said. Including Passover with her family. When she got the new kidney, she said, “I got this gift of life, and I can’t use it right now.”

Both Galkin and Speaks talked about being left behind by a society so eager for the pandemic to be over, some people have essentially declared it so, despite the potential consequences to those who are more vulnerable. “It’s not just that I can’t attend the event because the event is more dangerous,” Speaks said. “It’s that the event itself is making the world a more dangerous place for me to be.”

Next year may we be together in person

Matthew Boxer, an academic with severe asthma, said this push to return to “normal” has made his friend group more vigilant. Their little community, which used to celebrate Shabbat and Jewish holidays together in person, includes several folks at high risk, medical professionals who’ve been treating COVID patients, and families with children too young to be vaccinated. So they’ll do another Zoom-Seder this year.

“The more careless people in the world around us are, the more we feel like we need to be more stringent, more careful, more protective of each other,” said Boxer, an assistant professor of Jewish studies at Brandeis University who lives in Watertown, Massachusetts. “I cannot risk damaging my lungs more than they’re already damaged,” he added. “It would make it really, really hard to function.” 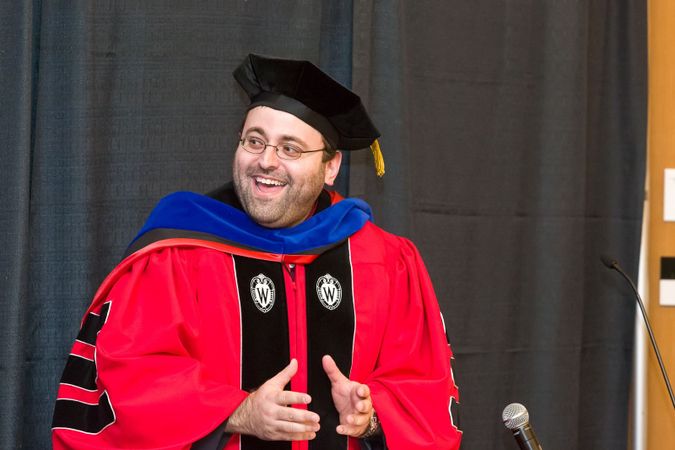 Cautioning Against a Return to Normal: Matthew Boxer. who has asthma, has said he has not seen his parents in more than two years while he’s been working from home and getting his groceries delivered. Courtesy of Matthew Boxer

Boxer said he has not seen his parents in more than two years while he’s been working from home and getting his groceries delivered. On Friday evening, he plans to pull out his computer instead of heading to a friend’s house for Passover. “When it’s time for shulchan aruch,” he said, using the haggadah’s term for the festive meal, “I’ll run out to my kitchen and I’ll slap some tomato sauce and cheese on a slice of matzo.”

“When all you want to do is be together with what is essentially your chosen family, and that’s the one thing that you can’t do, because it’s not safe? It’s devastating,” he said. “I am about as far on the extreme introvert end of the scale as it gets,” he added. “And what do I miss? I miss people.”

Instead of “Next year in Jerusalem,” the traditional end-of-Seder song, Boxer said he’d be hoping at least for “next year in Chestnut Hill,” the Boston suburb where his friends live. Maybe, he said wistfully, “we’ll actually be able to get together in person and celebrate.”

All Who Are Hungry Come and Eat

Even before the pandemic, Rivka Solomon was often unable to attend in-person Seders. She has ME/CFS, or Myalgic Encephalomyelitis/chronic fatigue syndrome, and often suffers what she described as “absolute, unrelenting and severe exhaustion,” plus “brain fog,” so has been largely homebound for years. 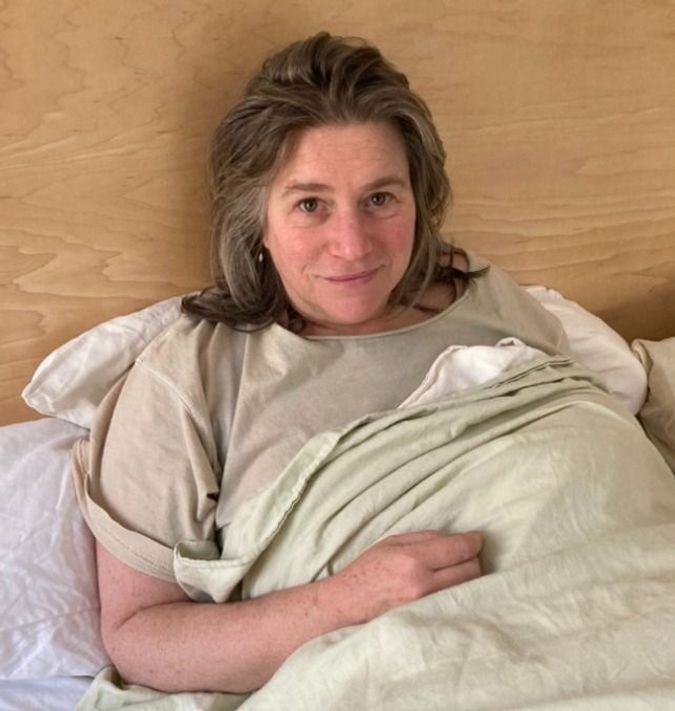 ‘My Heart Just Sank:’ Rivka Solomon has ME/CFS, or Myalgic Encephalomyelitis/chronic fatigue syndrome, and often suffers what she described as “absolute, unrelenting and severe exhaustion,” plus “brain fog,” so has been largely homebound for years. Courtesy of Rivka Solomon

Last year, Solomon, who is 59 and part of the same congregation as Speaks, was overjoyed to attend two fully virtual Seders. “My heart was exploding with happiness and excitement and warmth,” she recalled, to finally not be the lone face sitting on a shelf via Skype while everyone else met in the same room. “At the end, they said hopefully next year, we will be together in person. And my heart just sank,” she added. “I knew that meant, well, I guess I won’t get to be there.”

Indeed, said Matan Koch, a disability advocate with RespectAbility, a nonprofit that fights stigmas and pushes for inclusion, such dilemmas are not a new phenomenon. “The world is freshly becoming aware of it, because COVID-19 was such a big deal,” he said. But there have always been “people who have nowhere to go because no one will make a safe space for them to go to.”

The pandemic made the world “a lot scarier, and yet a lot more open for someone who’s in a position like mine,” said Speaks, who is the co-chair of his synagogue’s non-exclusion committee, established during COVID with Solomon’s help. But now, the world is “closing off and shrinking,” he said. “And I think that’s one really important part of what we’re trying to do at my synagogue is keep that from happening.”

Speaks plans to Zoom into his brother’s seder in New Delhi along with his niece and her family in Philadelphia. Beyond holidays, he said the pandemic has actually enabled him to become more involved in his Jewish community and participate in more events.

His rabbi, for instance, plans to host the second Seder in his home, and is encouraging members to join via Zoom. There will be a screen set up so in-person attendees can see their Zoom counterparts and vice versa; those attending virtually will take their turns reading just like those at the table.

“One of the fundamental notions of Pesach is that we reach out and invite in those who otherwise don’t have a place to go,” noted Koch, the RespectAbility advocate.

Speaks made a similar point, referring to the moment early in the Seder when the haggadah calls on participants to open the door and invite in strangers. “When you open the door, are you just cracking the door and saying, ‘Hey, if anybody is hungry come eat.’ Or do you really mean it?” he asked.

As in-person Seders return, some vulnerable Jews are being left behind