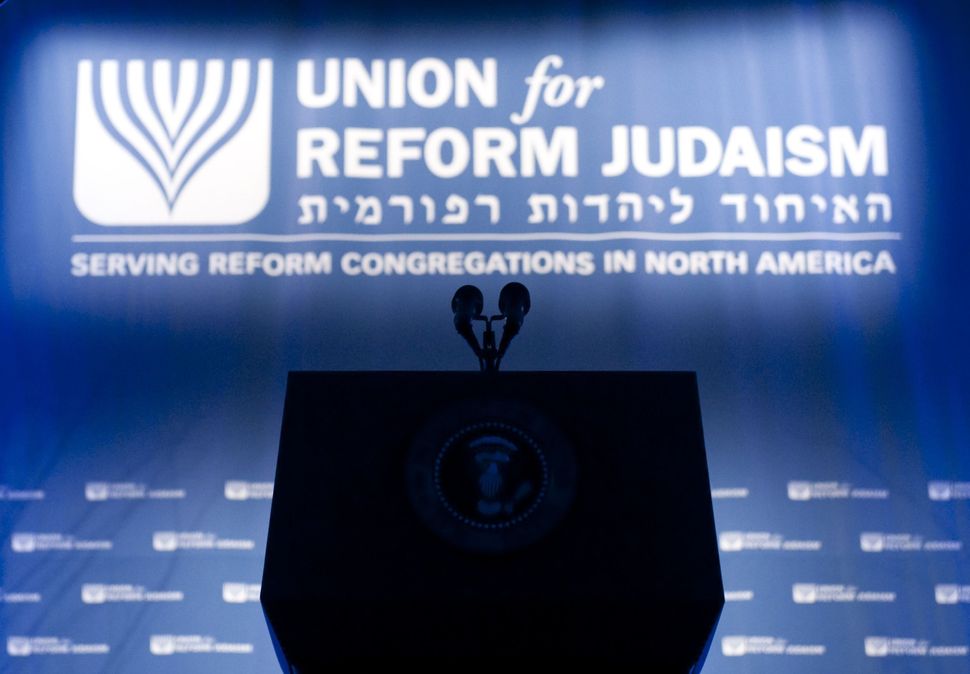 The Union for Reform Judaism pledged this week to make improvements to the way it handles sexual harassment, but some members of the community say the announced changes do not go far enough.

The URJ, the congregational arm of the largest Jewish denomination in North America, released an investigation in February detailing its past failures to properly respond to incidents of sexual harassment at both summer camps and its head office. But in the weeks since, the organization has tangled with a group of current and former employees calling for faster action

The critics have organized under the banner “ACT,” and their dispute with URJ leadership underscores how institutions aiming for transparency and accountability around misconduct risk opening the floodgates to demands for deeper change.

Last month, several hundred current and former URJ employees wrote to the organization asking for more urgency in its response to the investigation, and making a series of specific demands: release former employees from non-disclosure agreements; state that they believe survivors of sexual harassment; and create a concrete plan for further changes.

“There seemed to be a lot missing from the response to the investigation in terms of action steps to remedy the abuse that was outlined,” said Ronit Zemel, one of ACT’s leaders.

Responding to the group in late March, Rabbi Rick Jacobs, URJ’s president, and Jennifer Kaufman, who chairs its board of directors, seemed to meet all three requests.

“Please know that we, and today’s URJ that we represent, believe victims and survivors, take all reports and allegations seriously, and will treat all parties with fairness,” Jacobs and Kaufman wrote. “There is no position too important and no person too powerful to escape accountability for misconduct or abuse.”

They said they would hire an independent ombudsman to handle future complaints and would not enforce existing NDAs if those who signed them came forward with reports of misconduct. The pair also promised to communicate these steps to the broader Reform movement community within two weeks.

Did you experience inappropriate behavior at a URJ summer camp, program or in a URJ workplace? If you’d like to share your story or perspective contact Forward reporter Arno Rosenfeld at [email protected]

But when that message came Wednesday evening, in an email blast to summer-camp parents, donors and other supporters, it was missing two of ACT’s three requests.

In that email, Jacobs and Kaufman dropped the language around believing individuals who come forward, instead stating that “victims and survivors are centered.” The agreement to release the dozens of staff members who signed non-disparagement clauses in severance agreements or other contracts was removed altogether.

“Those differences between the two documents fosters confusion and distrust,” said Zemel, a former employee of URJ Camp Harlam, “because there’s no transparency.”

In a statement, Melissa Johnson, a URJ vice president, said that the organization is sending a communication directly to those who signed severance agreements releasing them from the non-disparagement clauses. Separately, URJ officials have said previously that the release only applies to those former employees reporting misconduct directly to the URJ or Debevoise & Plimpton, the law firm it worked with on the investigation; they are not free to speak with the media, post on social media or otherwise share their accounts of sexual misconduct.

(Disclosure: This reporter worked for the URJ in 2019 and 2020 and signed an NDA upon leaving.)

The URJ also shared a spreadsheet detailing its response to the investigation in the community-wide email. It announced plans to conduct updated staff training, revise policies for youth programming and create a centralized reporting system for misconduct claims by July. Late in the year, it said, the organization expects to begin publishing names of synagogues that have adopted its ethics code.