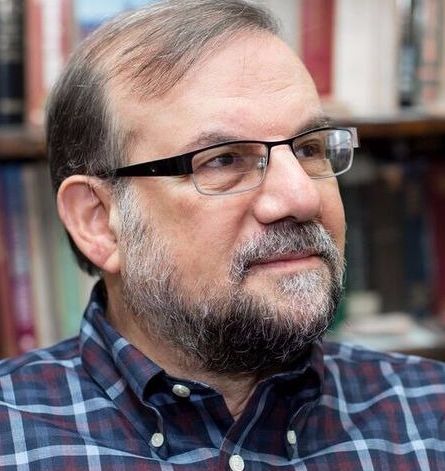 This time of year rabbis often despair over the weekly Torah reading. Our portion covers much of what Bible scholars technically refer to as “the icky stuff.” We read of skin eruptions, blemishes, leprosy of houses, genital flows and fluxes.

And yet there is much “Torah” in this Torah portion. First, one could follow the rabbis of Leviticus Rabbah and, instead of teaching on Metzora’ (skin eruptions), we could pun and preach on Motzi Ra’ (the evils of gossip). Thank God, our Jewish community no longer ever engages in gossip of any kind, so we can skip that sermon.

One could focus on genital flows and fluxes, and preach a good sermon about sexually transmitted diseases and the plague of AIDS. Again, that isn’t a problem in our Jewish community, so we may safely turn a blind eye and pretend that government promises are sufficient to bring a cure, whether we actually spend any money or not. After all, AIDS and sexual diseases happen there, not here. It’s not our problem, right?

On the other hand, much closer to home, certain expensive co-ops and condos have had troubles recently with attacks of mold — some sufficiently strong to drive out tenants and lower property values. Yet I fear that the leprosy of houses the Torah speaks of might be more profitably interpreted allegorically as whatever it is that plagues the very fabric and structure of this house we all live in: whether it be the Jewish community, the democracy of America, the State of Israel or the world at large. Here, too, I feel confident in eschewing this allegorical exploration for the simple reason that everything is just peachy — the Jewish community is united and healthy; the country is stronger than ever and the safeguards of our American democracy remain unassailable; the State of Israel is, quite simply, never wrong; and the world at large couldn’t get any better — whether we measure it politically, economically or environmentally.

So instead of writing about the “icky stuff,” allow me to focus on the few opening words of this week’s double portion, Tazria-Metzora, “When a woman brings forth seed and bears a male child” (Leviticus 12:2). What? Women don’t actually bring forth seed? Well, we know that, but taking our cue from the rabbis and leaving the facts of science aside, we can still focus on the odd prescriptions that seem to imply that a new mother will be ritually unfit for twice as long if she bears a daughter than if she bears a son. Is it possible that Jewish tradition might value boys more than girls?

Midrash Leviticus Rabbah suggests that it is always better to bear a son, and it might even imply that female anatomy is inimical to childbirth without God’s grace. I think our very existence here on God’s good earth depends every moment upon God’s grace. Yet, I also believe that women were created in God’s image as much as were men (Genesis 1:27 seems to say so). I am not happy about the rabbinic and biblical misogyny in today’s Torah reading and its traditional interpretations.

Times have changed. We value women now. We even ordain them as rabbis! Well, some rabbinical schools do. Yet some segments of the Jewish community still keep women behind the veil of the mekhitza, separate but equal, as it were. As our teacher Carol Gilligan taught us so long ago, women speak “In a Different Voice.” For some, this means that women must have different obligations than do men. For others, it means that women should have the same obligations, yet be encouraged to fulfill them in their own unique ways.

In those rabbinical seminaries that do ordain women, alas, the institutions still struggle to hear a woman’s different voice. Under the banner of pluralism and academic freedom, some of those institutions still encourage faculty and students to make it clear that women should not be rabbis, and to imply that we were better off when women were still behind the mekhitza. The current movement for full and equal rights for gays and lesbians has caused some backsliding on the women’s issue. It is, after all, a slippery slope. First we ordained women; and now if we ordain gays we’ll apparently slide right back to skin eruptions, sexually transmitted diseases and, God help us, even gossip. Maybe there is such a thing as leprosy of houses.