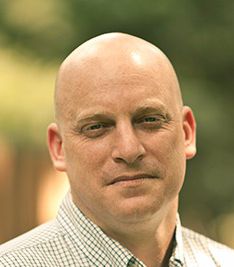 The Strange Case of Dr. Simmonds and Dr. Glas

The double was a figure of great importance in 19th-century novels. From the literal-mindedness of Robert Louis Stevenson’s Jekyll and Hyde to the genius of Fyodor Dostoyevsky’s saints and sinners, novelists used the notion of duality to explore the human capacity for good and evil. The theme fell out of fashion in the 20th century, however, the casualty of an era whose monsters and crimes exceeded the imaginings of that earlier time.

But the double has made its return in the Booker Prize nominee, “The Strange Case of Dr. Simmonds and Dr. Glas,” by Welsh-Jewish poet and author Dannie Abse. Abse seems to have been inspired in part by a 1905 book, “Doctor Glas: A Novel,” by Swedish novelist Hjalmar Soderberg. Its main character, Dr. Tyko Glas, serves as the doppelganger to Abse’s main character, Dr. Robert Simmonds.

Scarred in childhood by a fire that left one side of his face and a hand disfigured, Robert cannot help but see the embodiment of Jekyll and Hyde each time he looks in a mirror. He is a lonely, 40-year-old bachelor and a general practitioner in London’s Swiss Cottage in 1950, living in and operating out of the house where he was born, a place filled with memories and lost opportunities.

Since the Second World War, Robert’s neighborhood has been overrun with Jewish refugees, many of whom have become his patients. He is confident that he is not antisemitic, but one patient in particular challenges his tolerance: Anton Bloomberg, a physically imposing man with a habit of thrusting “his far from pleasant Semite face” too close to the doctor’s. After his first wife died in a concentration camp, Anton married Yvonne, a beautiful young gentile girl who, in the words of Robert’s friend, “looks like she’s escaped from Paradise.”

Robert spends his nights scribbling in his journal, hungering after Yvonne and trying to convince himself that his dislike of Anton has nothing to do with his being Jewish. Robert’s journal becomes a mirror into his soul: Even as he tries to paint his thoughts, feelings and actions in the most favorable light, his true, dark, disfigured self comes to the fore.

Then, one night, Robert delivers a talk on euthanasia at a Jewish cultural event, in which he argues in favor of mercy killing. His talk creates a stir and shortly afterwards, he receives a copy of Soderberg’s novel, “Doctor Glas,” from Yvonne. It’s a book, she says, that she believes he will find interesting. Told in the form of a journal, the book tells a story remarkably similar to Robert’s own. Its lead character, Dr. Tyko Glas, a general practitioner in Sweden at the turn of the century, lusts after the young wife of one of his patients, Reverend Gregorius. Gregorius is someone whose mere appearance Tyko finds disgusting; he wonders how it is possible for such a pretty young woman to have married such a revolting man. One day the young lady, repulsed by the thought of any further intimacy with her husband, begs Tyko to convince Gregorius to abstain from sex for health reasons. Later, she confesses the truth to Tyko: She has taken a lover. But rather than turn against her, Tyko is drawn ever closer.

As Robert browses the book, a fever comes over him, as though it was his own future being foreshadowed in the tale of Tyko Glas. He recognizes his double in the fictional character. Like Tyko, he is a shadow who wishes to become a man. And while Tyko may not be deformed, as he is, both men are bachelors obsessed with beautiful young women who are married to older, physically repulsive men; both are fumbling with the question of euthanasia, and both find it increasingly difficult to keep life and dreams separate.

Robert wonders what coded message Yvonne is sending him. A sense of the inevitable comes over him upon finding Anton waiting in his office to speak to him. And when he learns that Anton is there to seek his help with Yvonne, who remains practically a virgin, it is all Robert can do to maintain his professional decorum.

Against this backdrop, Abse tells the story of another patient of Robert’s, who is dying of cancer. Each week Robert goes to the man’s house to administer a shot of morphine to relieve some of the pain and to listen to his marvelous tales. But underneath the humility, Robert’s haughtiness and power over the ill come through. One senses that in Robert’s mind, the Angel of Mercy is the double of the Angel of Death.

Inevitably, any attempt to render the plot of this delicate novel makes it seem more deterministic than it is, for the strength of the book lies in the writing. Abse has a poet’s touch in evoking the postwar atmosphere of London, the ruined, empty shells of buildings and humans. He reveals Robert’s antisemitism, prejudices and fantasies to the reader, while keeping them hidden from the character. Most importantly, Abse has taken a tormented and ugly figure, a man transformed by fate, into Jekyll and Hyde. The romantic within all of us would like to believe that suffering is ennobling and has the effect of humanizing us. “The Strange Case of Dr. Simmonds and Dr. Glas” paints a picture of a man for whom suffering has had the opposite effect. Abse’s triumph is in rendering this monstrous character fully human.

Robert Rosenberg is a short-story writer who is at work on his second novel, about survivors of the Holocaust and their children.