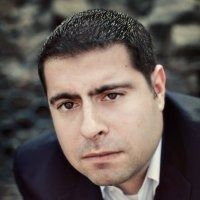 The front of the room is where the action is: Democratic lawmakers are spouting their pro-Israel credentials and their initiatives for health care reform; the Jewish donors, who came to Washington for intimate meetings just like this one, are eating it up word for word.

In the back stands Reva Price, with a ubiquitous smile, perhaps a sarcastic word, and a pressing agenda. She is essentially the policy matchmaker between the Jewish community and Democratic lawmakers — and her role as an adviser to Rep. Nancy Pelosi of California is about to get a lot more interesting.

“It seems to me that she has an absolutely critical role,” said Nathan Diament, director of the Orthodox Union’s Washington office. “The nature of the House of Representatives is that the leadership’s power is, dare I say, bordering on omnipotent.”

Price, who currently works for Pelosi’s minority leader office, has more than just the Jewish agenda on her plate. She is an adviser of outreach to women’s groups and other faith groups, as well as a provider of guidance on human rights issues and national security. But it is her unique understanding of the political workings of the Jewish world that, friends and colleagues say, makes her so good at what she does, and makes her an asset for the community as well as for her boss.

“Our issues are central to her life,” said Stacey Burdett, assistant director of the Anti-Defamation League’s Washington office. “She knows the difference between politics and issue advocacy, and is adept at finding where those interests intersect.”

Burdett was with Price in September 2001 in Durban, South Africa, attending the United Nations’ World Conference Against Racism. At the conference, a coalition of nongovernmental organizations issued a declaration describing Israel as an apartheid state. Burdett and Price were stuck there together a couple of days later, when terrorists attacked the United States.

“During the initial reports of planes hitting the towers, we both realized the connections between antisemitic hate and terror,” Burdett said. “That kind of hate is not a liberal issue or a conservative issue; it is anti-democracy.”

Before going to work for Pelosi, Price was already well known in the tightly knit world of Jewish organizations and activists in the nation’s capital. As Washington director of the JCPA, a consultative umbrella organization dealing with public policy, Price brought together Jewish groups from across the political and religious spectrum to draft messages on a wide range of domestic and foreign policy issues, and worked with grassroots advocates in Jewish community relations councils across the country.

In eight years, she transformed the JCPA Washington office, at one time a one-desk operation, into a powerful intermediary for the community. “JCPA’s position in D.C. was created with very strict rules as to what they could and couldn’t do,” said Democratic consultant Matt Dorf, a media strategist for Jewish groups. “In a few months, there was born this new organization that had the ability to deliver in minutes phone calls and e-mails to members of Congress and their staffs.”

It was the culmination of a career spent in Jewish life, having risen to a staff position at the Religious Action Center for Reform Judaism from a one-year fellowship at the RAC. Later, she rose to a job as the Washington representative of B’nai B’rith International.

Pelosi’s office sought to make the Jewish portfolio a higher-profile position last year, and applicants were told they were seeking a “Reva Price type.” Price herself sought out the challenge, and now, on the Hill, she is using her Jewish contacts to sell the Democratic message to a constituency that is both vocal and influential.

“When you come from the Jewish community, you come from a political perspective that is parochial,” Price said during a November 14 interview, a week after Democrats won the House. But from her new role on Capitol Hill, “you have to see how it fits into the broader scheme.”

But her dialogue goes both ways, and she is often bringing Jewish concerns to the Democratic caucus’s front burner, as well.

“She’s sitting at the right hand, or maybe it’s the left hand, of the speaker of the House,” Rosenthal said. “She can explain to Speaker Pelosi issues that are important to us and how the variety of Jewish opinions intersect.”

While the relationship between Democrats and Jews is longstanding, it has taken its hits in recent years. About one-quarter of American Jews voted to re-elect President Bush in 2004, as some Jews complained that Democrats were less supportive of a strong Israeli defense. There were lingering concerns this year that some Democratic lawmakers, including a few who are now likely to chair committees, want to pressure Israel to make concessions to the Palestinians.

Price worked hard to counter that perception for this election, orchestrating an online town hall where congressmen tackled tough questions from the community head-on. Jewish lawmakers made clear that the Democratic caucus would support Israel, and those members who were not supportive would not have influence on foreign affairs. In one exchange, Pelosi said that former President Jimmy Carter — who has a new book out that harshly criticizes the government in Jerusalem — “does not speak for the Democratic Party on Israel.”

The strategy may have worked. Exit polls found that 87% of Jews voted for Democratic congressmen this month, the highest percentage in 14 years. However, some have argued that the poll relied on too small a sample — 300 voters.

Price’s job is likely to get more complicated now that her party is in a position of power. While Democrats may be in the majority, they will need to maintain links to numerous interest groups to achieve any goals. Diament, who represents an Orthodox community closely aligned with Evangelical Christian groups on some issues, notes that many of the Democrats that were elected last week were more moderate and that they appealed specifically to faith groups.

“The key to engaging any community is to have someone whose job it is to focus her attention on not only the issues the community cares about but community leaders on the local and national level,” he said. “If you didn’t have this outreach position, you’d have to create it.” Colleagues describe Price as “no-nonsense.”

“I wouldn’t call her blunt,” said Zahava Goldman, a legislative aide to California Democrat Rep. Henry Waxman. “But there’s this honesty about her, that she’s not glazing over anything. You feel like when you’re talking with her, you’re talking tachlis.”

Price is not looking to the future — “I’m just trying to get to January 3 right now,” she said — but she is excited about the day when the issues she and other Jews care about are taken up on the House floor. “Our ability to set the agenda allows us to know what the agenda is more than an hour in advance,” she said. “That’ll be nice.”

Matthew E. Berger is a reporter for Congressional Quarterly.