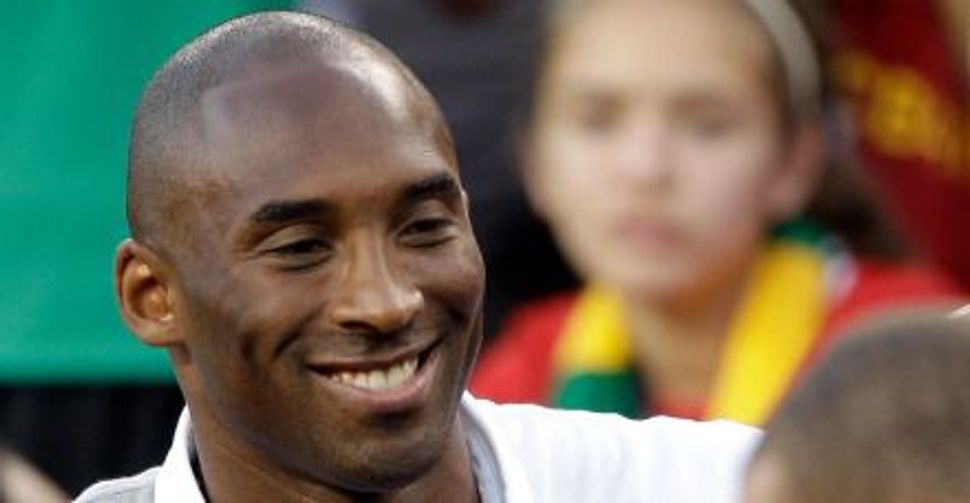 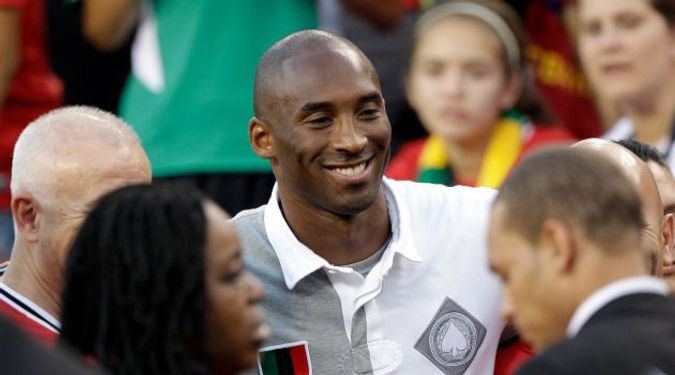 Shooting Star: Kobe Bryant and other NBA stars are scrambling to get in shape for the season. What better spot than the local JCC? Image by getty images

You never know who’s going to show up at the JCC these days.

With the pro hoops season back on track, basketball superstar Kobe Bryant reportedly held a surprise workout at a Jewish Community Center in Irvine, Ca.

The Los Angeles Lakers guard brought a trainer to work on shooting drills and cardio training as spectators looked on, according to the TMZ website.

He shot it around for about an hour as amazed spectators watched, the web site said.

Bryant and the rest of the NBA players are scrambling to prepare for a shortened season that will start Dec. 25 after they reached a deal with team owners to end their lockout.

Bryant’s not the first NBA superstar to stop by a JCC. Last month, the Miami Heat’s LeBron James played a pickup game at the JCC in Cleveland.

Meanwhile, New York Knicks center Amar’e Stoudemire, who visited Israel last year to discover more about his Jewish heritage on his mother’s side, is interested in opening a Hebrew school, according to the New York Daily News.

An unnamed source told the newspaper that Stoudemire has discussed opening a school that would focus on teaching the Hebrew language and Jewish history, though no school is actually in the works.