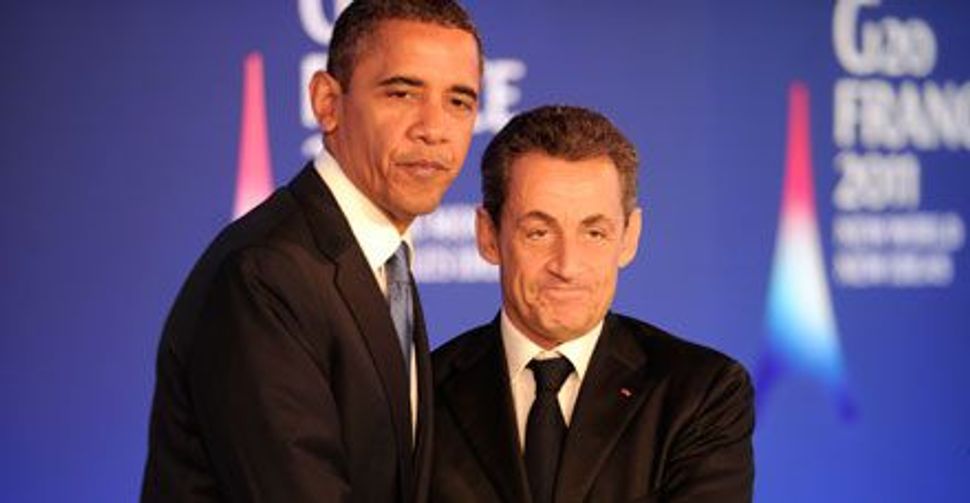 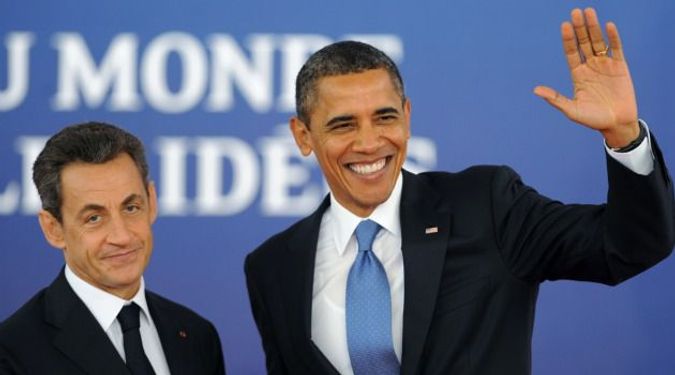 Why I Was Mad: French President Nicolas Sarkozy got in hot water when an open microphone caught him calling Israel?s Benjamin Netanyahu a ?liar.? Now he is explaining why he said it. Image by getty images

What caused French President Nicolas Sarkozy to call Prime Minister Benjamin Netanyahu a liar? In a conversation with Diaspora Jewish leaders in Paris two weeks ago, Sarkozy said he made the comment due to his anger at Netanyahu over France’s exclusion from the deal that freed kidnapped soldier Gilad Shalit, who is also a French citizen.

During the G-20 summit at the beginning of November in Cannes, microphones that had been left on captured a private conversation between U.S. President Barack Obama and Sarkozy, who called Netanyahu a liar and said “I can’t stand him anymore.” Obama said in response: “You may be sick of him, but I have to deal with him every day.”

Sarkozy told the Jewish leaders that he had offered to send a French helicopter to Egypt to collect the newly freed Shalit and transfer him to Israel’s Tel Nof air base. A French aircraft carrier was in the area and was even put on alert. But Netanyahu said no to the offer. In the end, Shalit was transferred to Israel by car via the Kerem Shalom crossing, and then flown from there to Tel Nof.

After that initial rejection, the Elysee Palace asked that French Ambassador to Israel Christophe Bigot participate in the ceremony welcoming Shalit back to Israel at Tel Nof. But Netanyahu refused this request as well.

Sarkozy was very frustrated by the Israeli refusal, and the fact that he received no credit for Shalit’s release. Sarkozy felt France deserved to be part of the celebrations over Shalit’s homecoming, due to the efforts Sarkozy had invested in securing his freedom.

The French president was further irritated because Israel did give public credit to the Egyptian and German mediators who worked on the deal.

Over the past few weeks, senior French officials have approached Israel’s ambassador in Paris and asked that Israel at least make a symbolic gesture toward France as part of the second stage of the Shalit deal. Specifically, the French asked Israel to consider releasing a Palestinian prisoner, Salah Hamouri, who is also French. Hamouri was arrested in 2005 as part of a cell from the Popular Front for the Liberation of Palestine that had planned to murder Rabbi Ovadia Yosef.