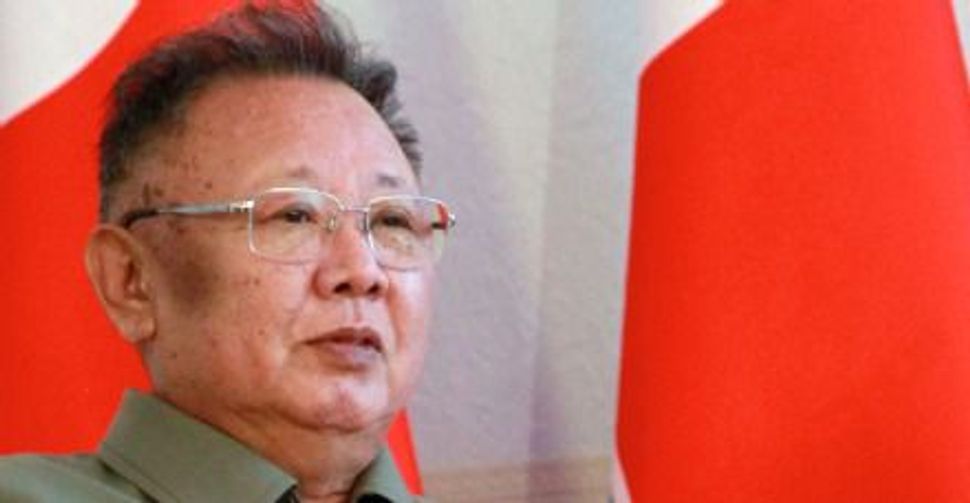 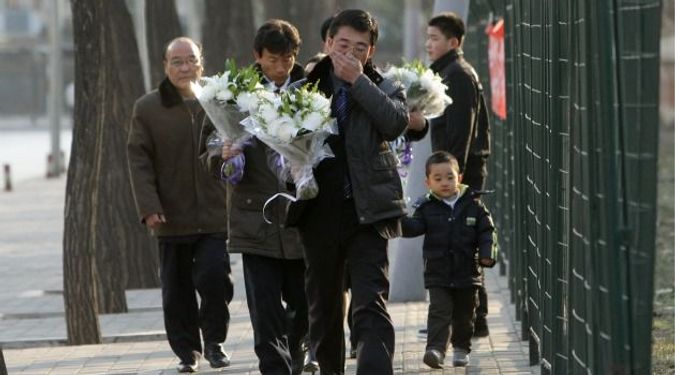 Remembering Dear Leader: North Koreans around the world, like these in Beijing, mourned the death of dictator Kim Jong Il. Image by getty images

Now that North Korean leader Kim Jong Il has died, the transfer of power to the third generation – Kim Jong Un, a grandchild of the country’s inflexible founder, Kim Il Sung – does not guarantee a thaw in relations between the two Koreas, or any reduction in the hostility between Pyongyang and Jerusalem. But the change does raise the possibility that the alliance between North Korea and Iran will flag, just as their third partner, Syria, is also weakening.

Last week, Israeli journalists were invited for talks with South Korea’s new ambassador to Israel, Kim Ilsoo. He was asked about the succession struggle in North Korea and the state of the eternal aspirations, on both sides of the 38th parallel, for unification. The ambassador smiled. Two decades ago, he said, when Germany reunified and the Warsaw Pact fell apart, knowledgeable observers competed with each other over who could offer the most accurate prediction of how soon the Koreas would be imitating Germany. The optimistic ones predicted that it would take a year – or maybe three, but no more than five – and the pessimistic ones said it would take a decade. More than two decades later, if there has been any change since the days of Kim Il Sung, it has been a change for the worse.

The ambassador’s briefing was meant to explain South Korea’s preparations for the 47-nation 2012 Nuclear Security Summit scheduled to take place in Seoul in late March. The prestige associated with hosting an international summit like this, which will discuss how to prevent nuclear terrorism and the smuggling of nuclear material and how to increase safety and security at nuclear facilities, is important to South Korea.

The conference is a kind of continuation of one held in Washington last year, and the list of participants is virtually the same. Seoul is hoping Prime Minister Benjamin Netanyahu will attend, though he skipped the Washington summit and sent Dan Meridor, the intelligence and atomic energy minister, in his place.

Just nine months after Japan’s Fukushima nuclear power plant was destroyed by an earthquake and tsunami, setting off one of the world’s worst radiation crises, nuclear safety is nothing to sneeze at – and neither is securing nuclear facilities or preventing terrorism and smuggling. But the Seoul conference (to which North Korea was invited, but only under terms it has said it considers unacceptable ) is not slated to deal with perhaps the most important nuclear issues: the nuclear nonproliferation regime and what to do about recalcitrant regional powers Iran and North Korea. These issues are being dealt with elsewhere.

The fact that Israel and South Korea are on the same side of the nuclear line is almost a given. One of the first signs that David Ben-Gurion had chosen to join the U.S.-led West was his plan (which was voted down by most of his government ) to send a Givati battalion to help the U.S. Army fight the Korean War. North Korea, a devoted disciple of its patrons, Joseph Stalin and Mao Zedong (before the Sino-Soviet split ), came out on the side of the Arab states and sent a fighter squadron to Egypt during the 1973 Yom Kippur War. And then there’s the covert nuclear facility that North Korea helped Syria build, which was destroyed in an Israel Air Force attack in September 2007.