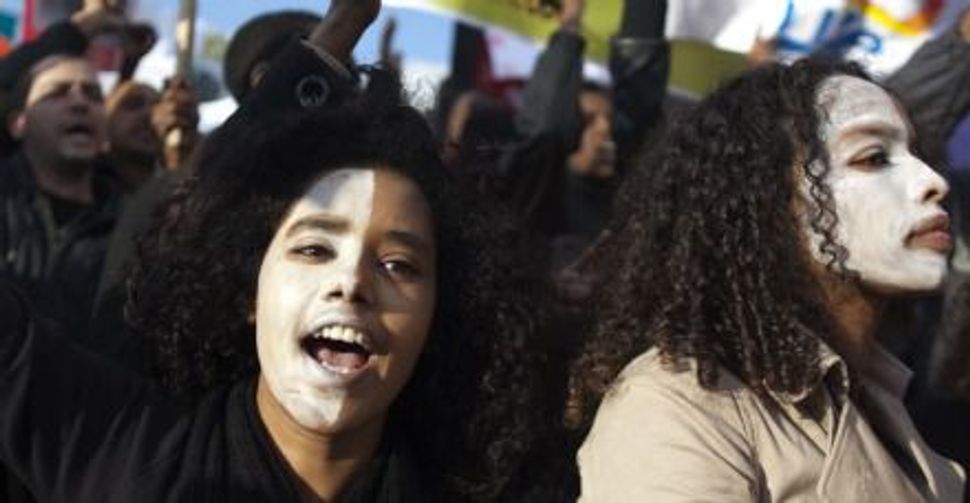 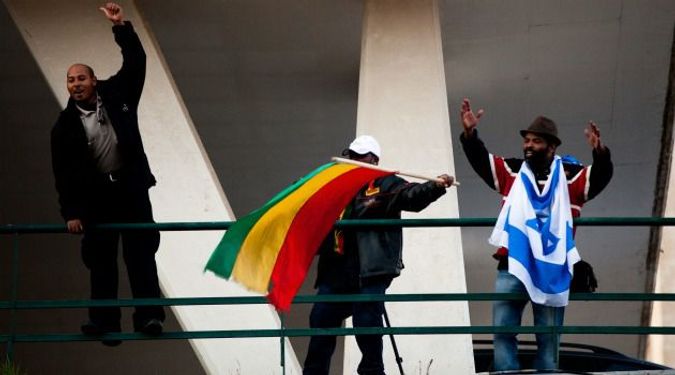 African Pride: Israeli immigrants from Ethiopia protest racism and show pride in their African origins in a rally in Jerusalem. Image by getty images

Some 5,000 people were demonstrating in Jerusalem on Wednesday in protest of the racism against Ethiopian immigrants in Israel.

The protesters blocked a major road in Jerusalem and marched in front of the Knesset while holding signs that read, “Blacks and Whites – We’re all Equal”, “Social Justice,” “Our Blood is Only Good for Wars.”

The protesters were marching toward Kikar Tzion in Jerusalem, where they plan on holding a mass rally.

Among the protesters was Mulet Araro, a 26-year-old student from Kiryat Malachi, who set out on foot to Jerusalem from his home on Monday.

“I believe that a small group can create change,” Araro said. “The struggle does not stop here – all means are valid except violence.”

Social activist Daniel Bahart said the protesters had a list of demands and are ready to propose solutions as well.

“We hope at least one of the decision makers will come down to us, hear us and respond to our demands. Of course we expect [Immigraant Absorption Minister] Sofa Landver to talk to us,” he said.

Landver said last week, in response to protests against discrimination of Israelis from Ethiopia, that they should be grateful for what they have received from Israel.

“We have problems and we will not rest until things change. As of now the response to racism has been merely cosmetic. There are still numerous racists in the schools who receive wages from the state, there is segregation in schools, nightclubs…we’ll continue demonstrating until these issues are solved,” he said.

Meretz Knesset members Ilan Gilon and Nitzan Horowitz on Monday submitted a proposal to the ministerial legislation committee banning discrimination in renting or selling a home on the basis of nationality, skin color, sexual inclination, handicap and political association.

However the committee put off discussing the proposal for a month, in what Gilon called a deliberate attempt to scrap it once the public uproar died down.

“It is clear the cabinet is trying to bury the proposal and silence the Ethiopian immigrants’ outcry,” Gilon said.

A week ago, hundreds demonstrated in Kiryat Malakhi to protest discrimination in the wake of the reported refusal of housing committees to sell apartments to Israelis of Ethiopian origin.