No Decision Yet on Attacking Iran 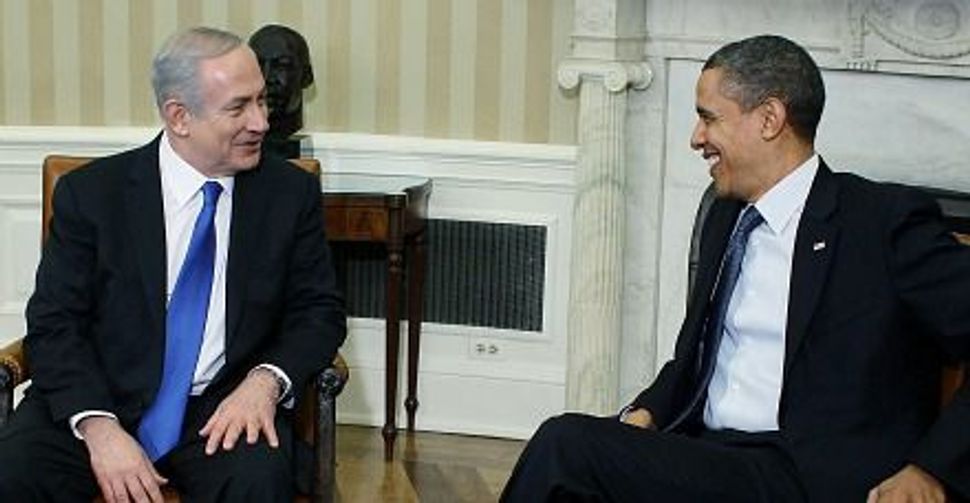 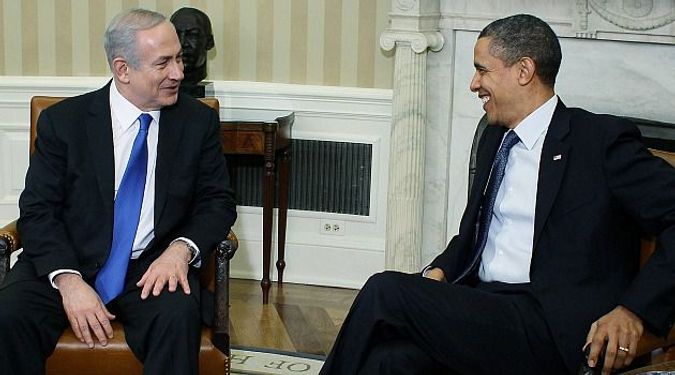 AIPAC to See You: President Barack Obama and Israeli Prime Minister Benjamin Netanyahu chat in the Oval Office before their closed-door meeting. Image by getty images

Israeli Prime Minister Benjamin Netanyahu made it clear to President Barak Obama during their meeting at the White House on Monday that Israel has not made any decision on attacking Iran to stop its nuclear program.

Sources who were briefed on the meeting afterward said Obama and Netanyahu agreed to increase their coordination on Iran. Israel’s Chief of Staff Lt. Gen. Benny Gantz is to visit Washington in two weeks to discuss the issue with U.S. officials.

The meeting in the Oval Office went on for two hours; the only other people in the room besides the president and the prime minister were the U.S. and the Israeli national security advisers, Tom Donilon and Yaakov Amidror, respectively. The meeting was followed by lunch, in a larger group that also included Secretary of State Hillary Clinton, Defense Secretary Leon Panetta, Chairman of the Joint Chiefs of Staff Gen. Martin Dempsey, U.S. Ambassador to Israel Dan Shapiro and others.

The Iran issue was the focus of the talks. It permeated everything from the agenda of the one-on-one meeting to Netanyahu’s gift to Obama: a decorated copy of the Book of Esther, which will be read tomorrow night and Thursday morning at Purim services around the world. It recounts the story of the evil Persian King Ahasuerus and his viceroy, Haman, who tried but failed to annihilate the Jewish people.

“Then, too, they wanted to wipe us out,” Netanyahu told the president.

During their meeting, Obama told Netanyahu that Israel and the United States have an identical goal with regard to preventing Iran from acquiring nuclear weapons.

“I have no intention of trying to contain the Iranian issue,” Obama reportedly told Netanyahu.

“I think that there’s time for diplomacy and in any case I am not taking any options off the table, including a military option.”

Netanyahu told Obama that he had not yet made any decision about whether to attack Iran’s nuclear facilities, though he made it clear he did not rule out such a move in the future. In statements to the press both before and after the meeting Netanyahu said Israel has the sovereign right to defend itself against Iran.

“When it comes to Israel’s security, Israel has the right, the sovereign right, to makes its own decisions,” Netanyahu said before the meeting.

No Decision Yet on Attacking Iran