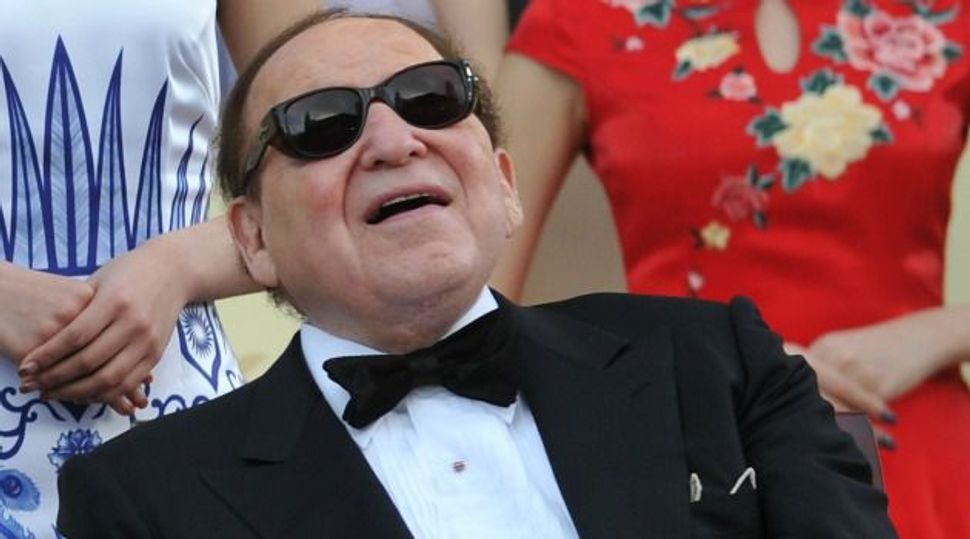 What Sheldon Wants: Casino mogul Sheldon Adelson is determined to spend whatever it takes to oust President Barack Obama. The Supreme Court says he can keep on spending. Image by getty images

A divided Supreme Court upheld its decision in the Citizens United case that allows unlimited donations to political super-PACs, setting the stage for a dramatic partisan race for cash in the fall election.

By a 5-4 margin, the court’s conservative majority struck down a state law that would have chipped away at its 2010 decision that permitted corporations and super-rich to give as much as they want to political groups as long as they do not directly coordinate activities with candidates.

The ruling allowed Jewish casino mogul Sheldon Adelson to spend $35 million so far to bolster Republican candidates, making him a key target for Democrats and advocates for good government. Adelson says he may spend up to $100 million in an effort to help oust President Barack Obama from the White House.

The high court also rejected parts of Arizona’s controversial anti-immigration law. It upheld the provision allowing police to automatically check for immigration papers whenever they stop suspects, but said it could be subject to further challenge.

The court is expected to release its ruling on Obama’s sweeping health insurance reform law later in the week.