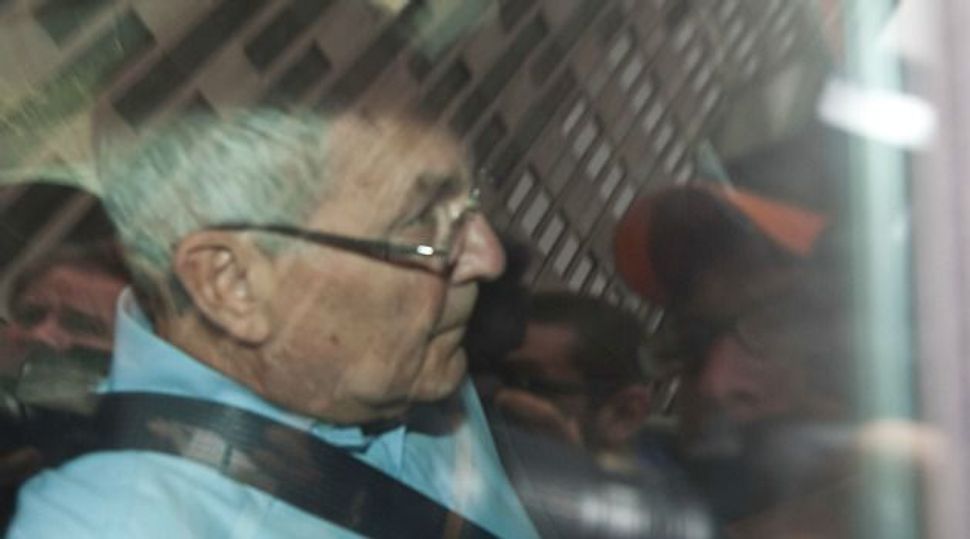 Peter Madoff, the younger brother of jailed Ponzi scheme operator Bernard Madoff, has been taken into custody by the FBI.

Peter Madoff, 66, surrendered himself Friday morning at his lawyer’s office in midtown Manhattan ahead of an expected guilty plea to criminal charges related to the Ponzi scheme, according to the Wall Street Journal.

He is the eighth person to plead guilty to criminal charges in the government’s investigation into the collapse of Bernard L. Madoff Investment Securities since December 2008. Numerous Jewish foundations and individuals had invested with the firm. Among the victims were Hadassah, the American Jewish Congress and Nobel laureate Elie Wiesel.

The former chief compliance officer is expected to plead guilty to falsifying the records of an investment adviser, and conspiracy to commit securities fraud, make false filings and commit other crimes. He has agreed to serve 10-year-prison term and forfeit all of his assets, the Wall Street Journal reported.

Bernard Madoff is serving a 150-year sentence in a North Carolina federal prison for crimes associated with the Ponzi scheme.

Earlier this week former Madoff money manager J. Ezra Merkin agreed to turn over $405 million to duped investors in the scheme. That was the first settlement resulting from a government action against Merkin.