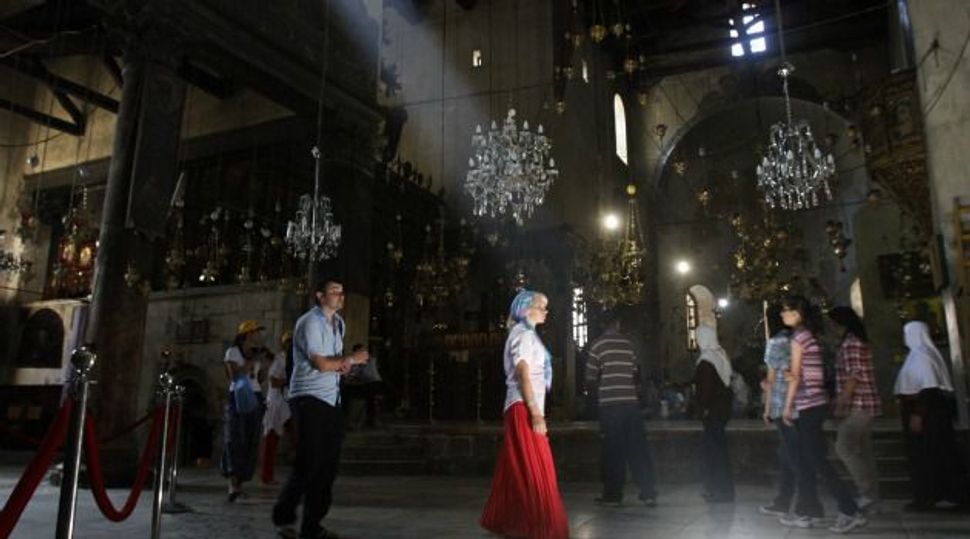 UNESCO has agreed to name the Church of the Nativity in Bethlehem as a World Heritage Site, and list it as in Palestine.

The secret vote, which came during the United Nations body’s World Heritage Convention in St. Petersburg, Russia, was 13-6, with two abstentions.

Israel and the United States had opposed the move, seeing it as advancing the Palestinians’ political agenda rather than as an effort to protect the site.

Three Democratic members of the U.S. House of Representatives sent a letter on Thursday to Russian Foreign Minister Sergey Lavrov, urging him to oppose the resolution.

Reps. Howard Berman (D-Calif.), Shelley Berkley (D-N.V.) and Eliot Engel (D-N.Y.) wrote that “the Palestinians clearly are not motivated by technical concerns related to historical preservation, but rather are attempting to hijack the World Heritage process to further their own political objectives.”

“We do not believe UNESCO in general or the World Heritage Committee in particular is the appropriate forum for debating such contentious issues that have little to do with historic preservation,” the lawmakers wrote.

While the Palestinians police the Bethlehem’s streets, Israel still has authority to determine what enters and leaves the area.

UNESCO recognized Palestine last year as a member state by a overwhelming majority of 107-14 with objections from the U.S. and Israel.