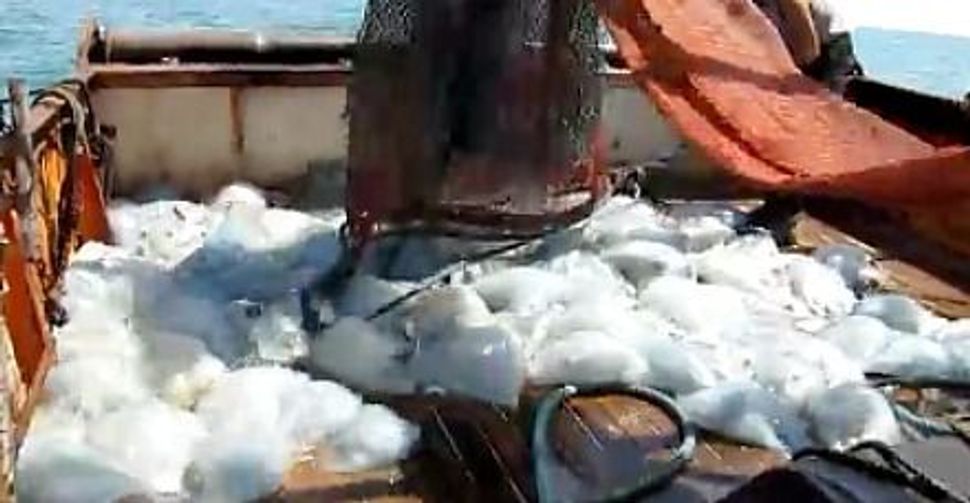 The seasonal swarm of jellyfish which arrived on Israeli beaches over the last weekend, made their way to the north of the country. 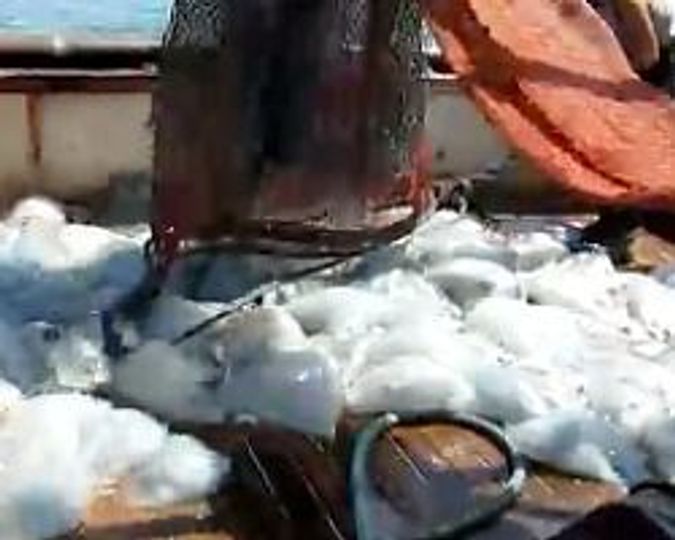 Not Beachy: Thousands of jellyfish are making life miserable for Israeli swimmers. Image by haaretz

According to reports by the Israel Oceanographic and Limnological Research Institute, jellyfish were sighted one kilometer off the beach of Hadera on Sunday. On Saturday, blooms were sighted west of Mikhmoret beach, and near Netanya only a day earlier.

The first report of jellyfish arrived last week, when fishermen reported a bloom of jellyfish in an area between 500 meters and two and half kilometers from Ashkelon beach. Some Ashkelon bathers complained of stinging. Yesterday similar complaints were made among Tel Aviv bathers.

The species of jellyfish arriving annually at Israel’s beaches originally entered the Mediterranean through the Suez Canal several decades ago, and have since reproduced. Apart from their sting, the jellyfish harm fisherman by stuffing their nets, and have been known to block cooling system openings of power plants. They are estimated to be between 20-60 cm long.